0 Chelseas Change of Tactics and Why It Has Hurt Them 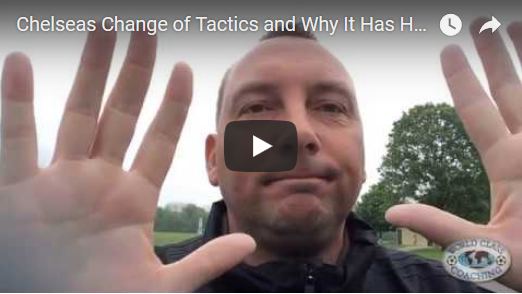 Chelsea's Change of Tactics and Why It Has Hurt ThemWeekly English Premier League Opinion #33In this video, Jonny Carter talks about Conte changing the tactics that Chelsea used to win the EPL last year.What do you think?  Agree?  Disagree?  Please let us know by commenting below.

1 Why Chelsea Could Fall Out of the Top Four 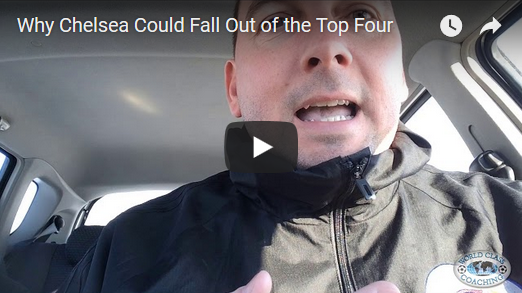 Why Chelsea Could Fall Out of the Top Four Weekly English Premier League Opinion #20 Jonny Carter gives his opinion on why Willian is critical if Chelsea are to be successful this season. What do you think?  Agree?  Disagree?  Please let us know by commenting below. 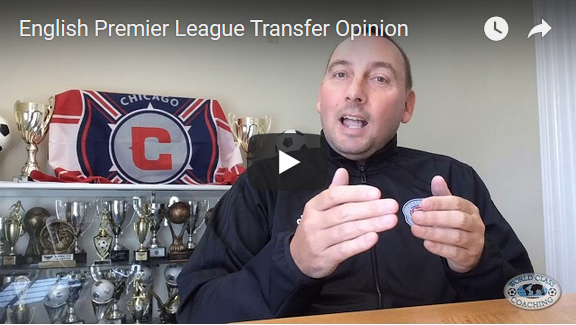 0 Who Will Win the EPL and Why 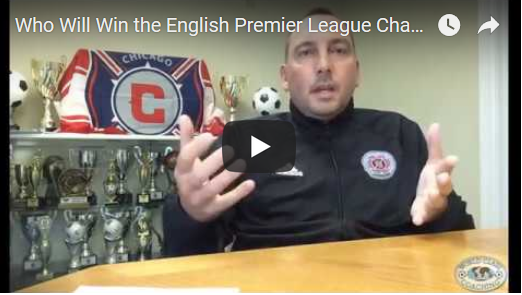 2 Coaching the Back Three - Conte - Part One 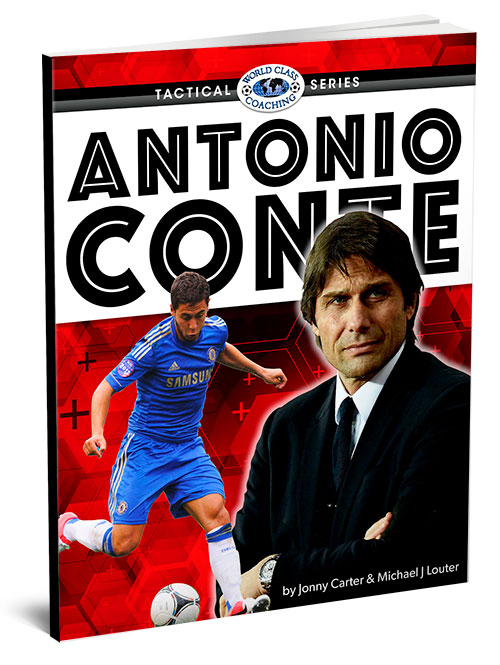 WORLD CLASS COACHING Tactical Series Antonio Conte By Jonny Carter and Michael J. Louter   Part Three SHAPE OF PLAY - MIDFIELD SHAPE OF PLAY - ATTACK WEAKNESS OF THE 3-4-3 - TOTTENHAM 2 V 0 CHELSEA ABOUT THE AUTHORS The Shape Of The Play | Midfield The midfield of Chelsea FC’s 3-4-3 is quite remarkable

HOW THE MATCH WAS WON by Keith Scarlett Champions League Paris SG 2 v 1 Chelsea Victorious over Chelsea at Parc des Princes, PSG has done half the work in leading them through the Champions League quarterfinals. After a dominating, but uninspired, first half, the Parisian club accelerated after the break and undermined Chelsea’s game

2 Congestion on Chelsea’s Right Side

In the recent Champions League match between PSG and Chelsea, Chelsea set up to play compact and defensively with an emphasis on counter-attack, with a high prioritization with blocking PSG’s left with lots of players on that side of the field, with Willian, Cesc, Ramires and Ivanovic all regularly defending on that side against Maxwell, Matuidi and Lavezzi.

Normally, Costa would go to help and Matic would drift over to provide cover for the right side incase PSG broke though and exploited the space, while PSG would often send over Verratti and Cavani to provide extra bodies to try to find an overload.

Consequently, this means that often 8-11 players would be found on one side and within ¼ of the field or less, resulting in Chelsea blocking the vertical attacking actions PSG were looking for on the right side with Maxwell and Matuidi giving left sided balance and crossing opportunities.

In the 2nd half, instead of playing directly into the

HOW THE MATCH WAS WON by Keith Scarlett English Premier League October 5, 2014 Stamford Bridge Chelsea 2 v 0 Arsenal By the time this match came around, Chelsea had already begun their championship run at high speed, 19 points from a possible 21 and already five steps ahead of trailing Manchester City. Arsenal, on-the-other-hand, were

By Stevie Grieve. The complete article can be found in the February issue of the WORLD CLASS COACHING Magazine in the Member Drills Database.

Jose Mourinho has had unparalleled success since 2004, he has won every possible trophy domestically in Portugal, England, Italy and Spain, while winning the Champions League twice in this period. His teams are always defensively strong, have a very organised system to deal with defensive transitions and are always incredibly dangerous on the counter-attack.

One aspect of Jose Mourinho’s teams that don’t get the praise they deserve, is the fluid attacking play that he gets from his teams, and this Chelsea team have some great players which allow for a fluid and attractive style of play, but the Mourinho defensive transition is always an element to look for, which explains why Juan Mata is being left out of the team in favour of Willian.

Left side (3 + 11 controls the movements); When Ashley Cole plays at 3, he will overlap and give Hazard more

This article is an excerpt from the chapter called "Exploiting the Central Midfield" from our new book, Beating the 4-2-3-1.

When attacking the 4-2-3-1, one of the main strengths is the base of 2 players infront of the back 4, but playing in a manner which forces one of the players to come out and press, especially against a dribbler who likes to play quick passes in their stride while running, can be an easy way to penetrate the midfield line, pull a central defender out for a through ball into a run behind the defence, or even allow for long range shots if enough space is created.

Drawing out one of the defensive midfielders isn’t always easy - playing with several players occupying the same space can allow for wide attacks, wide play can force one of the players over to help the full back press the ball and leave central space. 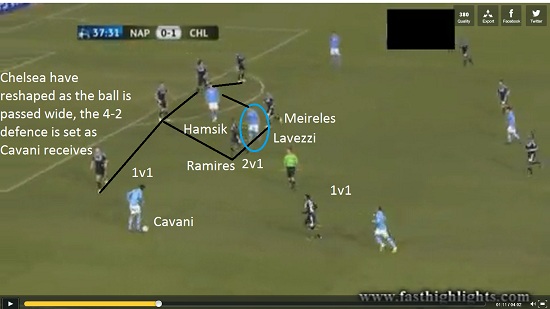 3 Passing and Possession With Creativity

Watch Chelsea Academy Coach, Ben Mitchell in action and gain a blueprint for creating your own progressive passing drills   Get your players passing like champions! Creative Passing Drills is a five-part video series that shows you how to run progressive passing and receiving sessions that give your players more touches than conventional sessions. Led by Chelsea Academy

4 I've Changed My Mind - Man U For the Title

Liverpool are only one win away from a European spot (3 points behind 5th place Tottenham).  Is all the hoopla about their poor start way overblown? Will this be a different season for Arsenal?  Here's what I'm getting at. Arsenal typically start the season playing well.  The weather is nice, playing surfaces are pretty good

0 Too Early To Judge

I wrote a blog post last week about whether the EPL title race was over already.  Chelsea had won all five of their games and by big margins.  I guess it was a reasonable question to ask.  But, in my excitement at how well Chelsea had started, I didn't give enough attention to the teams