Start with a 50 x 40 area with a goal on each end line and a keeper in goal.  The group is evenly split into 4 groups just outside the 4 posts.  There is also a player out wide on each side. 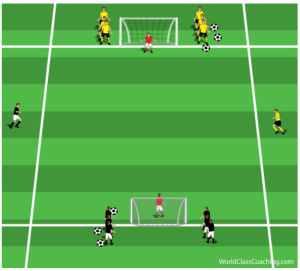 The player with the ball plays a short pass in front of the opposite line. 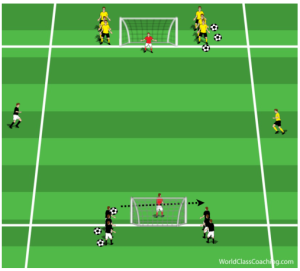 The passer follows his pass into an overlap and the receiving player takes a touch and then drives a ball to the opposite wide players. 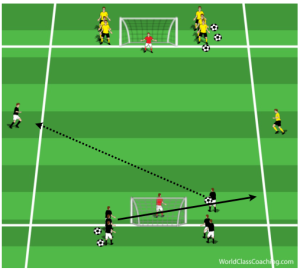 The wide player quickly dribbles down toward the endline and the other two players make runs toward goal. 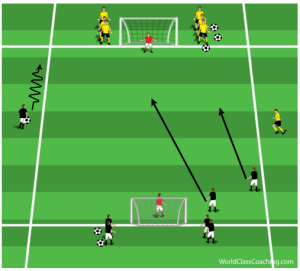 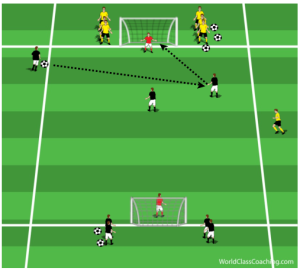 As soon as the shot is hit, the opposite group does the same thing in the other direction. 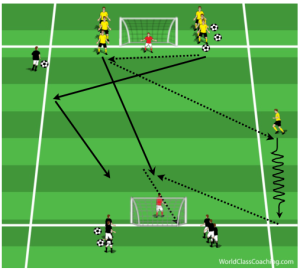 The runners go to the end of the opposite lines and it’s important to rotate the wide players.

This is a great activity to work on short passes, long passes, crosses, finishes and fitness.

Not Just a Crossing and Shot-stopping Drill