The following activity has two teams of four playing a 4 vs. 2 possession game including transitional moments. Two defenders play in numerical inferiority vs. four attackers in one grid. The idea is for the defenders to win the ball and send it to two teammates waiting in a connecting grid. Once this happens, the two defenders join teammates and create a 4 vs. 2 of their own. The specific fitness target is intermittent endurance while adapting the player’s anaerobic capacity in a small sided group format.

When preparing the practice, if needed, concentration and difficulty levels may be increased by having players execute something extra unique by setting more restrictions. Every activity may be modified, and it is up to the coach to be creative. However, it is important to respect the parameters of the exercise time, the rest, the types of actions used and the weekly periodization of the activity. 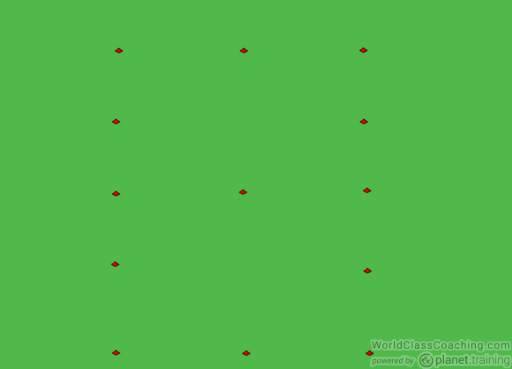 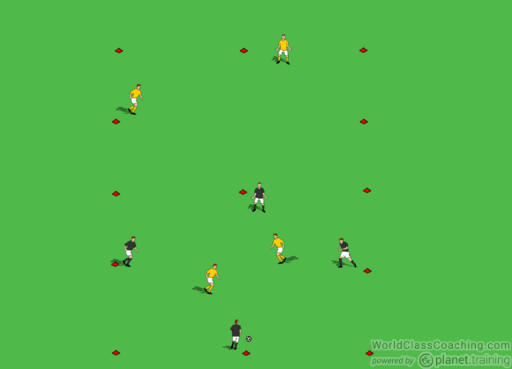 • To begin, four players in black team and two players in yellow team (numerical inferiority) play in a rectangle.
• Points are scored for every 5 passes.
• Once the defending team wins the ball, they send to players waiting on opposite grid and they transfer there.
• The team that was possessing send two defenders and two other players are waiting in their own grid for transitional purposes. 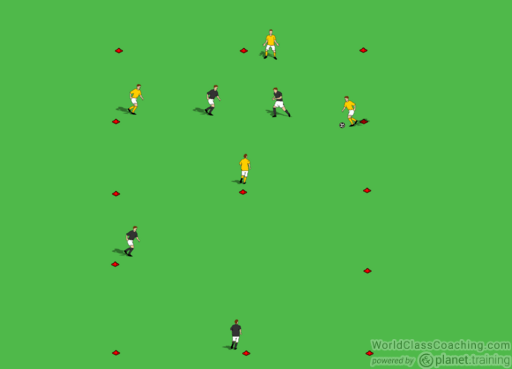