The following activity triggers players to perform a speed reaction activity. It includes velocity reaction and linear sprinting actions to the ball. The metabolic training adaptations are meant for speed production. The time of action for each repetition should be around 5 to 12 seconds’ max and the resting period for each athlete after each action should be around 50 seconds. The reason for the resting period being greater in an amount in comparison to the intensive action is to promote complete recovery before commencing the following action. Therefore, not fatiguing the athlete and having them perform their action at maximal pristine level. 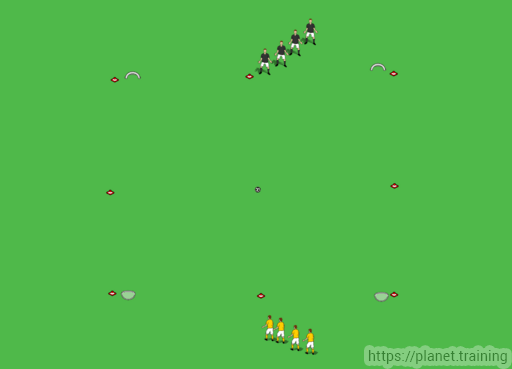 • Two lines of players are set up on the field as shown in the diagram above.
• Initially, the first two players are waiting to hear the coach’s command.
• As the players set, the coach will yell or blow the whistle.
• Once the players here the signal, they will run and try to win the ball. 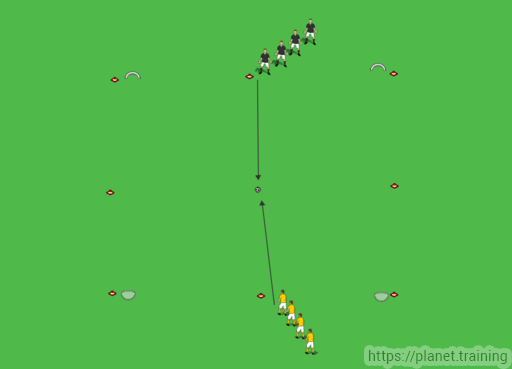 • Whoever wins the ball first goes to score in either goal. Whoever is defending may try to win the ball and score at their end. 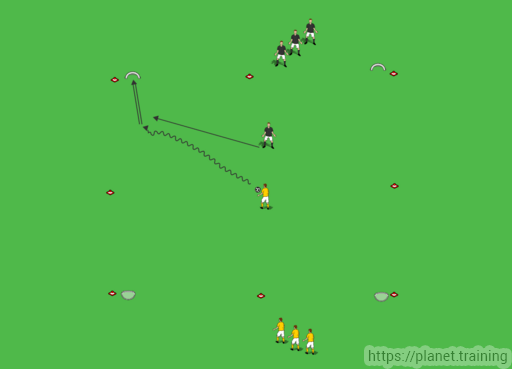 Coaching Points:
• Attentiveness during the start for speed reaction.
• Aggressiveness to win the ball.
• When in attack, use sound tactical elements to beat defenders. Move defender to one side and then quickly explode to the other.
• Good defensive technique and intelligence.