The art of being a good goalkeeper at taking crosses seems to an increasingly difficult aspect to master. In theory, it should be easier for the modern day goalkeeper because they are bigger and more athletic than ever before. And as the outfield players and opposition managers seem very quick to point out, today’s goalkeepers receive more protection from referees than ever before.

Why is it becoming harder?
Every season it seems lighter, faster footballs are being developed and used which increases the speed and accuracy of crosses and set-piece delivery into the penalty area. More emphasis in training is put on the importance of maximising the potential Goal scoring opportunity from every corner, long throw and free-kick.
Every day after training I see 3 or 4 outfield players doing extra training, working on practicing set – plays, such is the importance of good quality delivery.

Just recently Manchester united scored 3 goals in a 25 minute spell against reigning champions Leicester City from corners – albeit only 2 of them were from crosses into the 6 yard box, and I appreciate that this is not normal but, this shows the regularity with which teams are looking to score from crosses into the penalty box.
The reason I think dealing with cross balls is so hard because it requires a high standard in all associated aspects of goalkeeping.

Technical – taking off the correct foot (normally the nearest foot to the goal-line), timing the jump and extending the arms to take the cross at its highest, earliest point

Physical – being physically strong in all areas i.e.

Tactical – being in the correct position within your goalmouth to enable the goalkeeper to take the cross and having the game knowledge to know when to take command and knowing when to let the defenders take care of the situation.

Psychological – There are situations within the game that the goalkeeper is going to be under real pressure to act in a positive manner and take responsibility. They are also expected to execute good decision making and technique to take the cross ball. The ‘keeper has to be mentally strong enough to accept that the odd mistake or miscalculation is going to happen from time to time and not let that effect his/her decision making process or performance level.

In my opinion younger goalkeepers should be given the freedom to make mistakes in the decision making process, during training and in games. This is part of the development of the young goalkeeper. I realise that this may not always be allowed or accepted, and as much “game type situations” should be worked on in training as possible. 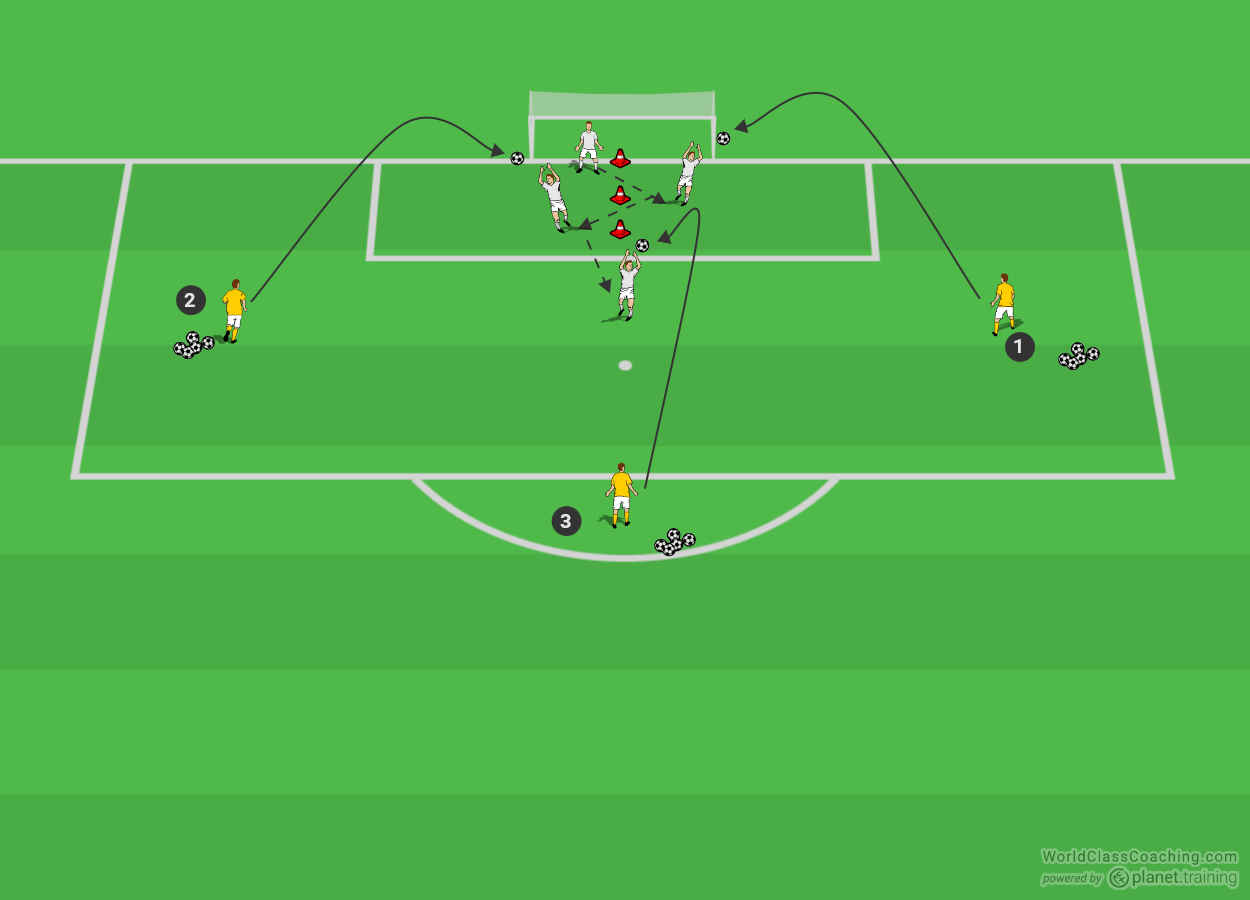 The goalkeeper should ensure that he/she: