This exercise is designed to help players improve crossing and finishing by identifying the different types of service into the box. Teams often get into crossing positions and leave the finish up to chance. Here we show players the different options of service provided from wide areas. Players also get practice finishing in the area from rebounds or deflections. It is very important to make sure players understand that being first to a deflection or rebound often results in a goal.

• To develop service from wide areas
• To develop timing of runs into the penalty area
• To understand the 4 types of service (near post, far post, cut back, early cross) 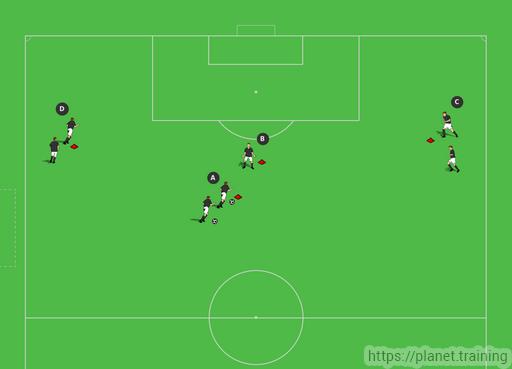 Near Post: The first progression is a low driven ball towards the near post. Player C will look to connect with a teammate at the near post with a low driven ball. This ball can be played with the laces or with the inside of the foot. Players making runs into the box should look to bend their runs in order to lose any defenders. Players should also look to arrive on time in the area, delaying runs as to not arrive early. Players should look to pounce on second chances in the box. 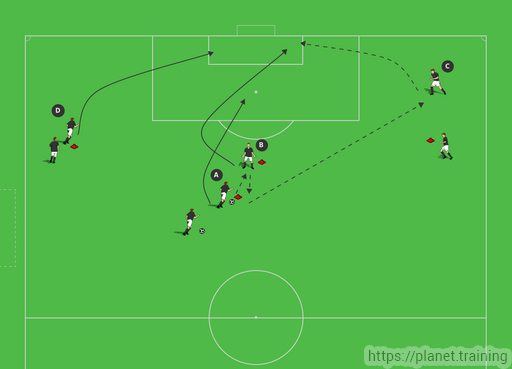 Far Post: The wide player will look to find a teammate on the far post with a measured chip to the back post. This ball should be played in the air in order to beat defenders and the goalkeeper. Player D should look to finish with a header or play the ball back across the box if there is no angle for a shot. Player should still frame the goal ready for any second chances. 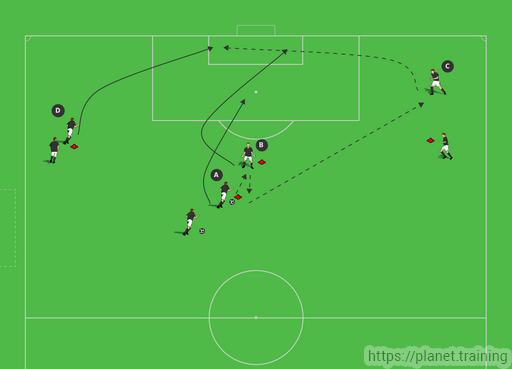 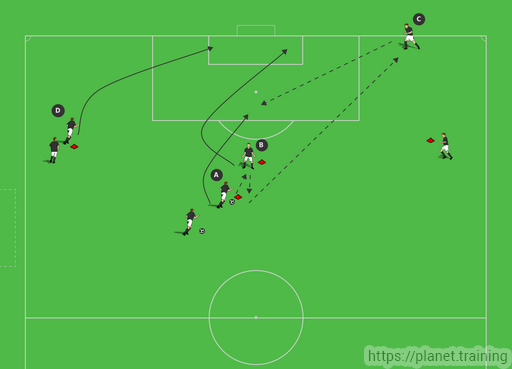 Early Cross: On the last progression Player C looks to play an early cross into the area. This should be a curved ball played in ahead for teammates to run onto. This is a ball that can be played at any height. This ball is dangerous because it forces defenders to turn and face their goal while trying to make a play on the ball. 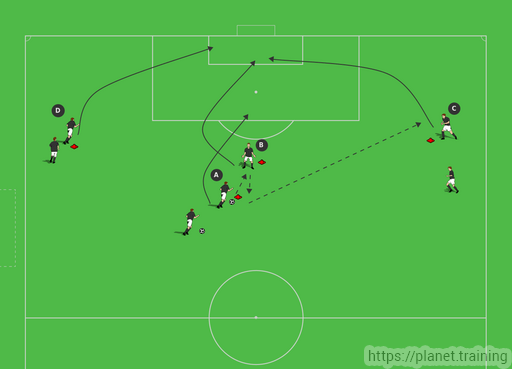 Timing of pass into the space

• Direction and weight of pass

• Be prepared to finish rebounds or deflections

• Add zones for the crosses to be played into

Originally from San Antonio, Texas, George moved to northern California in 2014 to take over as the head soccer coach at Lassen College. In his brief time with the program George has won an undefeated conference title, coached four players of the year, and won three Coach of the Year Awards.