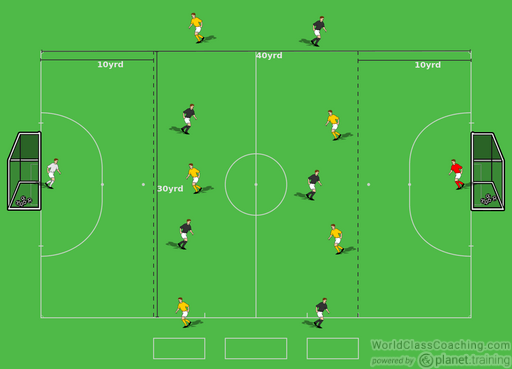 Execution
The aim for each team is to get the ball out wide to either wide player and for the wide player to cross the ball into the end zone and have runners meet the ball and attempt to score. The first cross we will look at is a low cross behind the defense.

If the team scores, then the next ball starts with their GK. If they miss or the GK catches the ball, then an immediate attack on the other goal can start. First do not allow defenders into the end zone to allow success at crossing but after some success allow 1 or 2 defenders in. No-one is allowed in the end zone before the winger receives the ball. 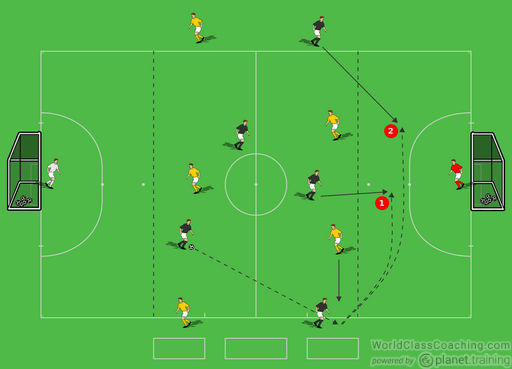 The next cross is a cut back. Encourage the wingers if they do not see the space available for an early cross to drive to the touch line. The striker should make a run to the near post dragging a defender with them (if not the winger can play the striker) thereby allowing the deeper player at the top of the end zone to be free. The winger then cuts the ball back on the ground for the attempted shot. 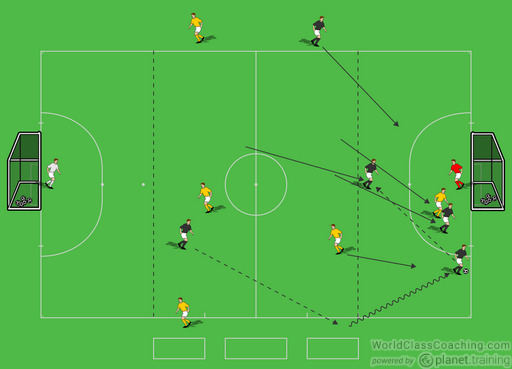 The last cross is a deep cross. This should happen when there is no space to play in behind the defense and the winger does not drive to the touch line. Because of the positions of all the players, a high deep cross to the back post and the opposite winger is what is needed.

If no cross is an option due to pressure, then players can pass backwards to a team mate but then all players must reset to their original areas. 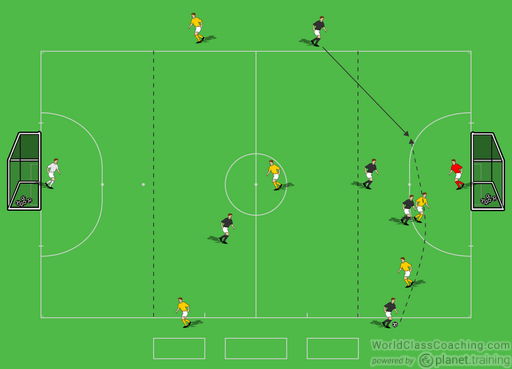 Throughout this game, you are looking for understanding from your players to recognize the different scenarios and to execute the cross that best fits the scenario. If they recognize the scenario but fail in their technique, encourage their decision and help with their specific technical miscues to help them in the same scenario next time. Try not to discourage them from not trying when they understood the type of cross they were supposed to put in but they could not execute.