Getting Forward and Negative Passes

Area Size: Half a Field

Half a field with one main goal and 3 small goals at the half way line. Have a line of cones half way to separate the field into 2. One team attacking the main goal sets up with 4 players across the midfield and 3 strikers or 1 striker and 2 attacking midfielders. The defending team sets up centrally to stop progression through the middle. 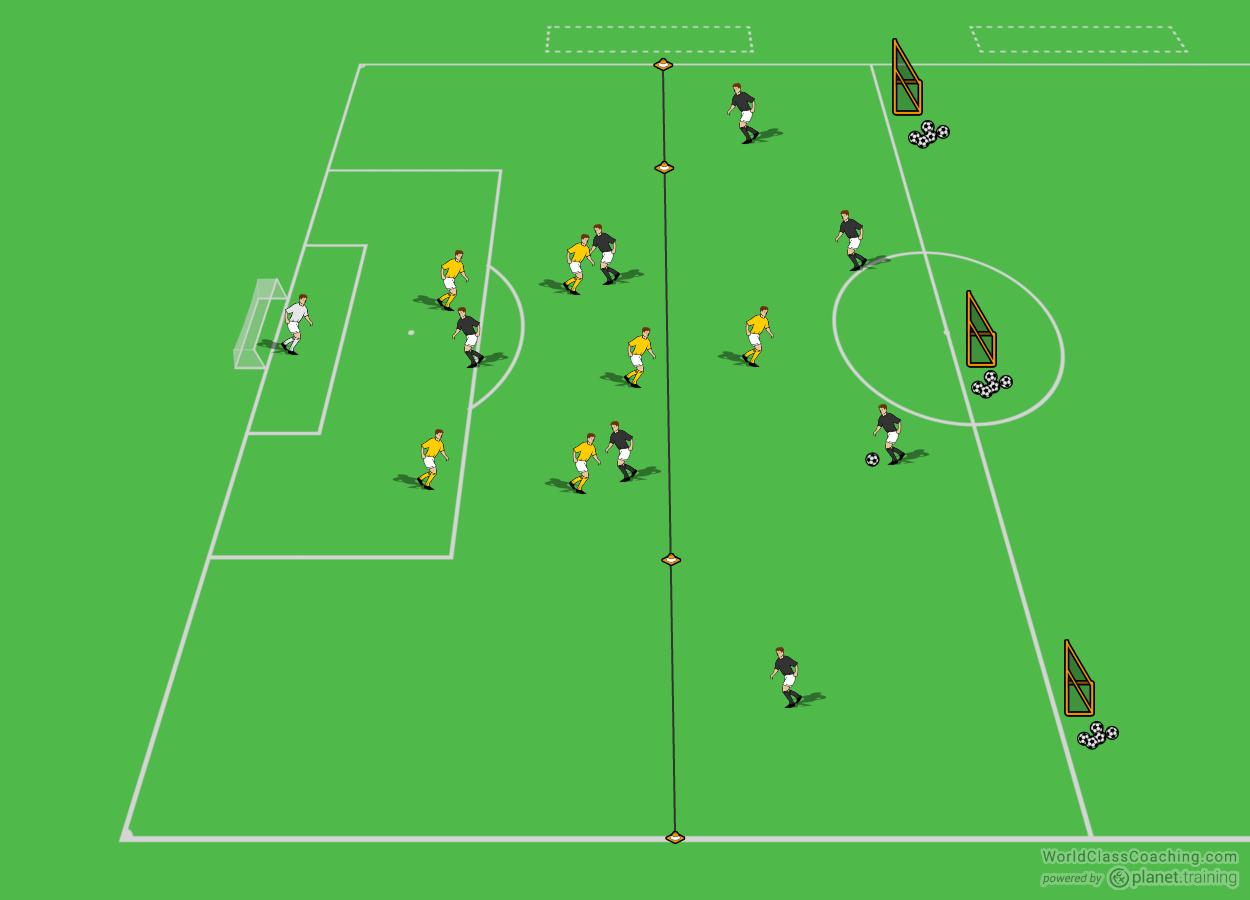 Because of how both teams are set up, the way to get forward for the attacking team is using the wide midfielders. The objective is to get them as high as possible to cross into the box, while the defenses job is to stop any forward progression by being compact and recovering when their lines have been broken.

If the defense does their job and stops forward progression, then the attacking team must use negative passes to 1) keep possession and 2) look to change the point of attack. Keep 2 or 3 players in the zone furthest away from the main goal to support any player with the ball. Change the point of attack with speed and precision to not allow the defense to slide across to stop forward progression again. But if they do there should always be players to help with keeping possession through negative passes. 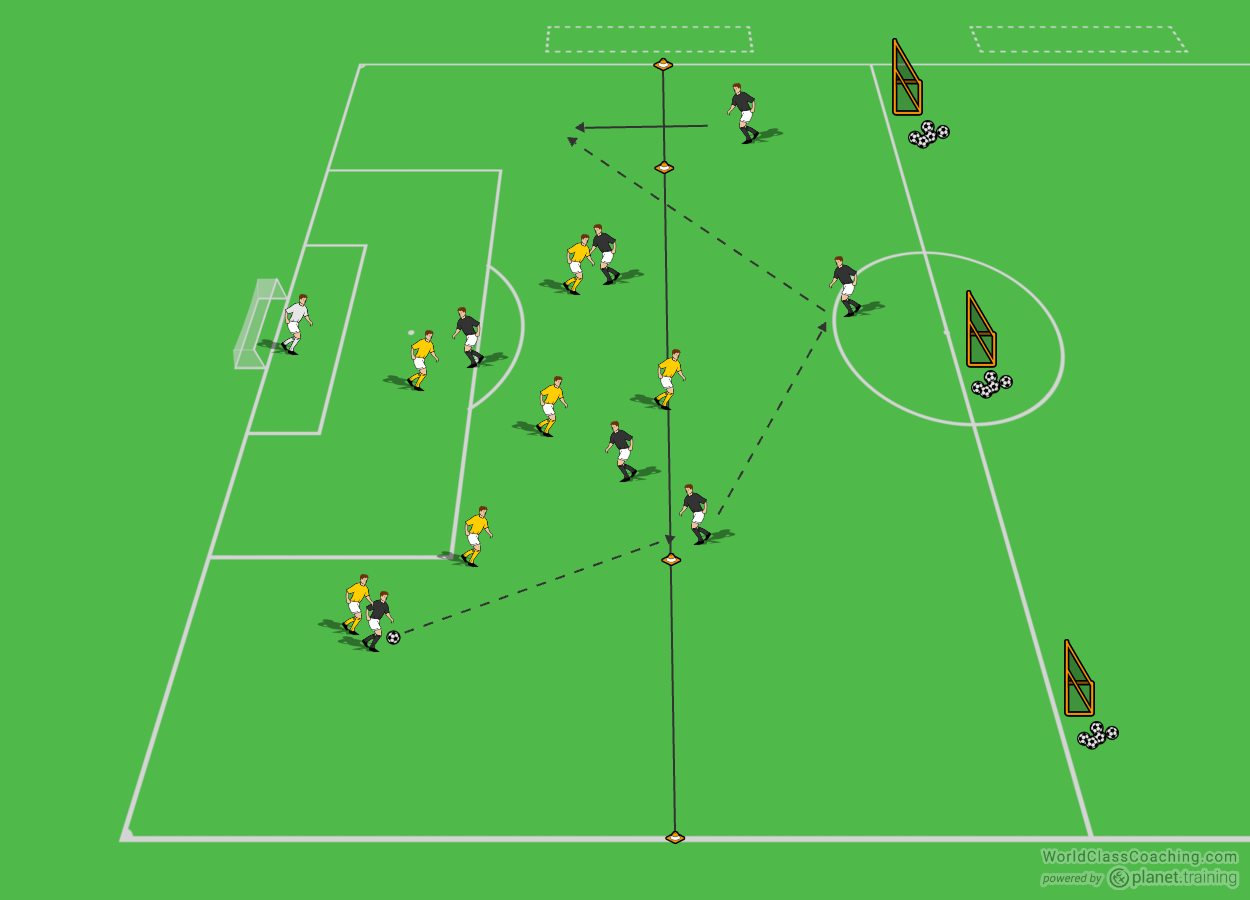 If the defense becomes spread in anticipation of the attacks coming from the wide area the attacking team should look to penetrate centrally by either driving with the ball or passing to the striker. If the striker can’t turn and shoot and is being stopped by a center back then look to 1) set the ball for another player to strike on goal or 2) if the defense condenses switch the ball out wide to now attack from the side again. If the defense win the ball at any point they can score in any of the 3 goals. 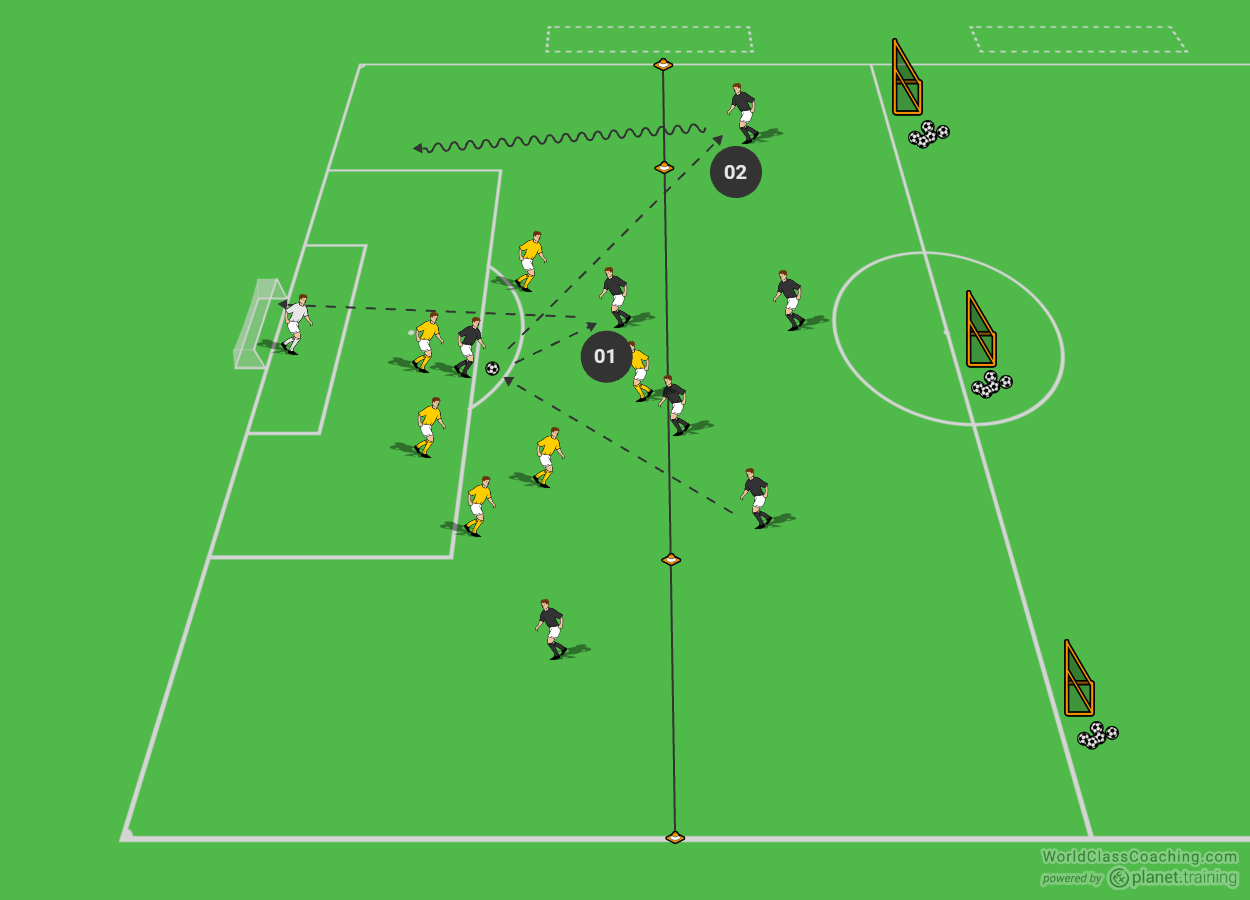 The point of this practice is to get players to be more aware of their surroundings by realizing that, at any particular point in an attack, they may not be able to continue to go forward and the best course of continuing an attack is to go backwards. I see it a lot in games at tournaments where players should go backwards and instead they either turn into pressure and get tackled or the 2 players hack at the ball until someone wins or the ball moves.