Collecting the ball from a cross can fill a Keepers team with confidence as well as give an opportunity to launch a counter attack. Nailing the basics is important;

I usually include a ‘Dealing with crosses’ section in my regular warm up. Whilst players are jogging around a square when they reach a player with the ball the server throws the ball in the air for the oncoming Keeper to collect. I would only add this to the warm up if I was confident the players had the right technique or at least understood the principles. I often include this in most of my warm ups but I would definitely include it if I was going to be coaching crosses.

I usually start off with the Keepers throwing their own ball in to the air to catch; kids can have a tendency to launch the ball in to the sky for it to land anywhere, for this technique it doesn’t have to go much higher than their head. It’s about the correct technique.

Once comfortable in threes, two servers feed the ball in at different heights, angles and speeds. First player throws the ball in and as soon as the Keeper lands after catching the next one should be served.

The serves should be moving the keeper left to right and back and forth however I would add back & forth later on once the Keepers are comfortable. 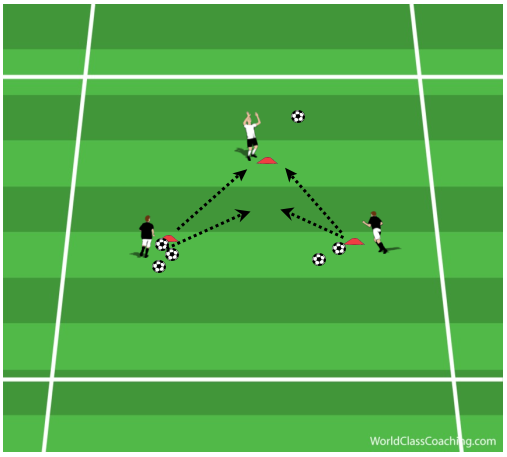 Once the technique is looking good, it’s time to add some competition and a sense of realism.

With the Keeper behind a player who will act as an attacker and try to beat the Keeper to the ball, the server must throw the ball (varying height, speed, and angle) and the Keeper must try to get there first. By either jumping high or stepping in front of the player. This could also be done in goal, with two goal keepers who could wrestle each other to try and claim the cross first. Reverse the players so everyone gets a go. 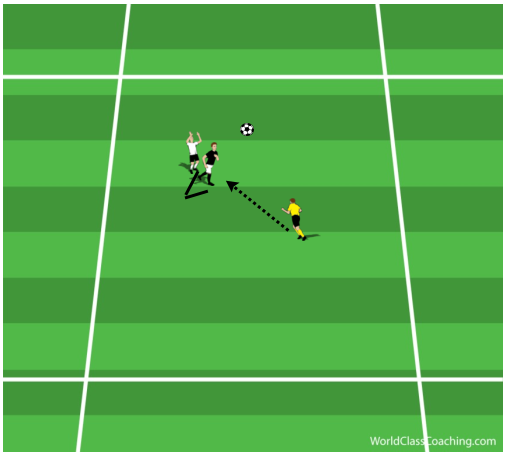 I would continue to try and add realism to the session; this can be done in a number of ways. It could be from corners, free kicks, open play crosses the choice is yours but probably best to keep it varied. This next drill is a small game that takes part in the box.

The player outside the box dribbles, to add more realism static crossing will be too slow but can be used as a regression, then crosses into the box where attackers outnumber defenders. Alter crossers and crossing positions. 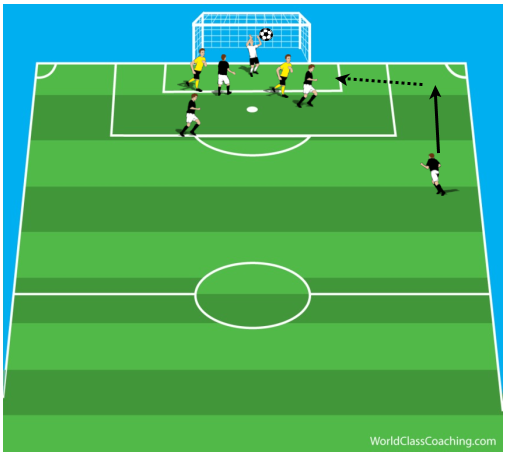 If you’re players are then going to join up with the rest of the squad this next game is brilliant for achieving realism and practice for the Keepers as well as the whole team. I would start with a structured start, Keeper in the big goal (swap ends half way through the session), rolls the ball to the opposite Keeper who gets the ball wide. From there the play crosses from deep, if the Keeper catches it or defenders collect the ball then they can play to their wide men who can try a deep cross.

To change the depth of cross coming in swap which end the wide men are at, that way they cross from deep and then from the by-line . 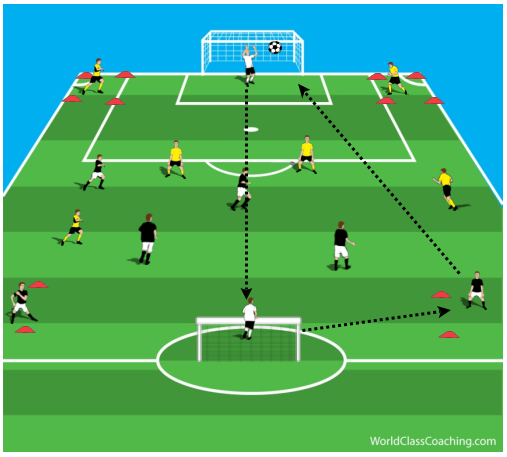 Why Footwork Is Important to Catching

A Great Exercise For Improving Footwork and Catching

Drill to Improve Footwork and Catching