This practice is a fun game that can suit all age groups, ability levels and can be adapted in many different ways. From a conditioning point of view, high intensity, short periods of work are designed to develop sprinting power that can be repeated in the game as many times as possible. Technically, the exercise includes the elements of dribbling and running with the ball. It is also highly competitive and enjoyable practice. 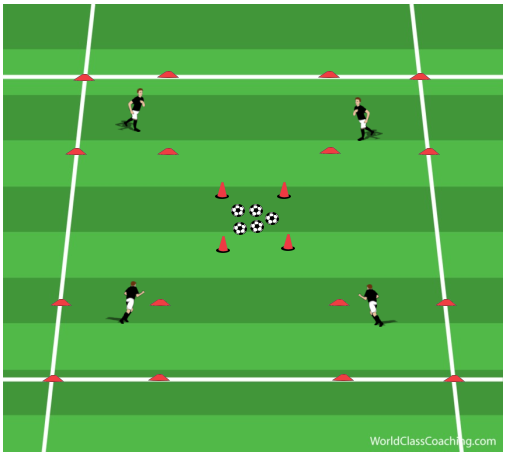 On the coach’s signal, the players run to the middle square and collect a ball to then dribble back to their own square. The players’ starting position in inside the square. 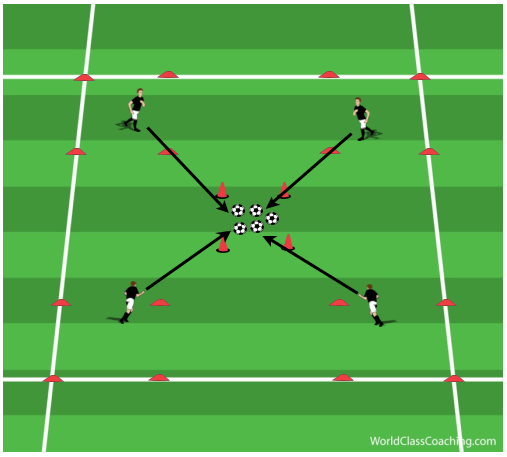 The aim of the game is to collect as many ball as possible to the square. It is important that the players dribble back and not pass the ball back into the square. 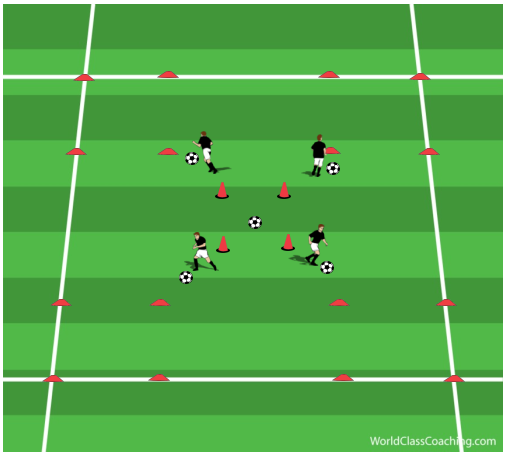 As there is only one more ball then the amount of players, the players have to remain the tempo and speed up at the end to be able to win the last ball. The player that gets the last ball will automatically win the game. 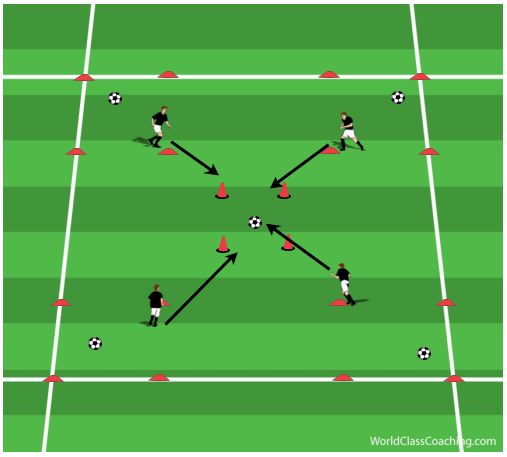 Also, the period of time might be set for all the players to return to the squares. That will make sure all the players will sprint back until the end of the practice. As a progression, two or three additional balls might be added. 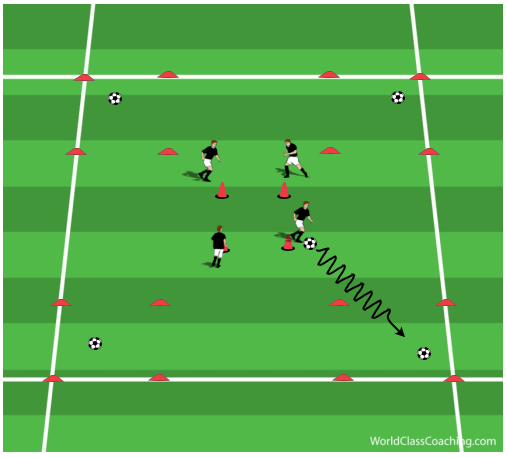 The game should be repeated 6-10 times in 2-4 series. The rest period between repetitions (setting the balls into the centre again) should be 10 seconds and between series, 4 minutes.