Improving aerobic endurance improves the oxygen supply to muscles what will help with sustaining exercise. Aerobic endurance is a fundamental quality for further development of conditioning elements such as speed, strength or power. This practice helps to develop players’ ability to maintain quantity of actions throughout the whole game (aerobic endurance). These types of practices are effective for beginning of the pre-season, before the development of anaerobic conditioning. From technical point of view, the practice is focused on possession, passing, combination play and movements off the ball to support. 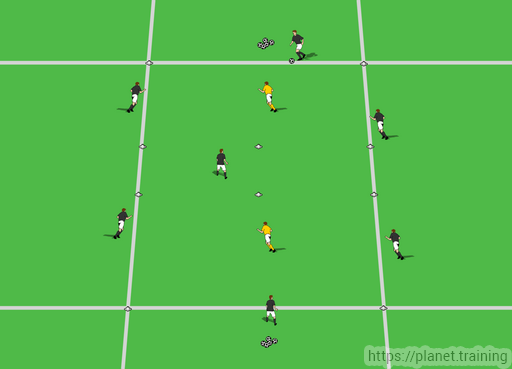 The game starts with the players on the shorter ends who pass the ball out into attackers. Attacking team tries to keep possession, play from end to end and make a minimum of 10 passes to score a point. All seven players can be used. 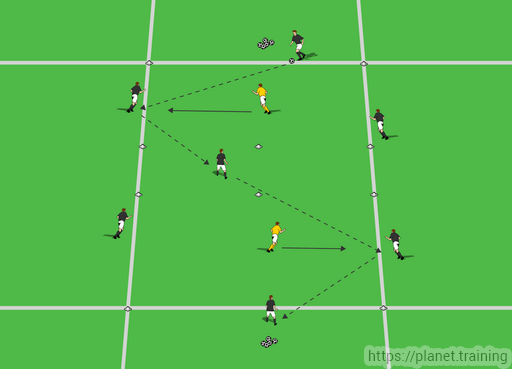 Defenders stay in their zones and are not allowed to pressurise the player in the middle zone (playmaker). Defenders looking to intercept passes and get in possession of the ball. 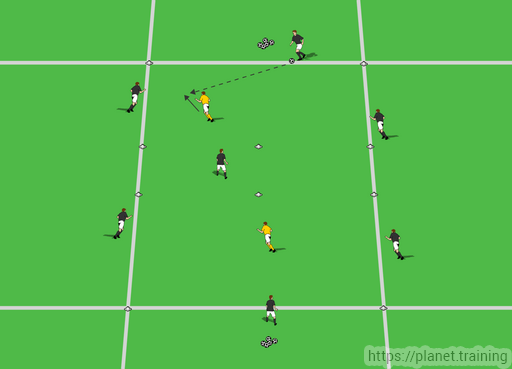 Once defenders win possession, they try to keep it against the player in the middle (playmaker) who now becomes a defender (2v1 situation). If they make 5 passes they score a point and the practice is restarted from the outside. 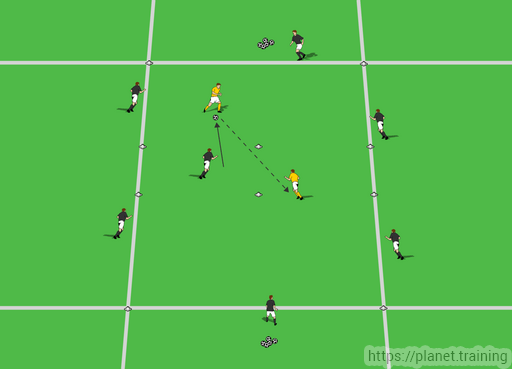 Timing:
The practice should be continued 4-8 minutes and repeated 4-6 times with 2 minutes break in between.

Variations:
- Player in the middle (playmaker) can be tackled – defenders free to go anywhere within the zone
- Some players on the outside must play off one touch/two touches
- Introduce a goal to score into after 10 passes