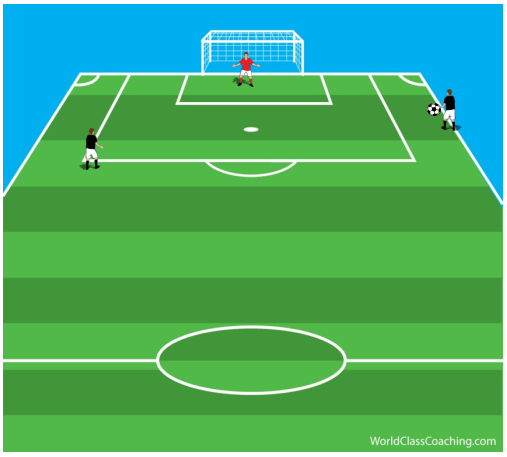 The wide player dribbles toward the end line, cuts in and then crosses into the box for the runner to finish. 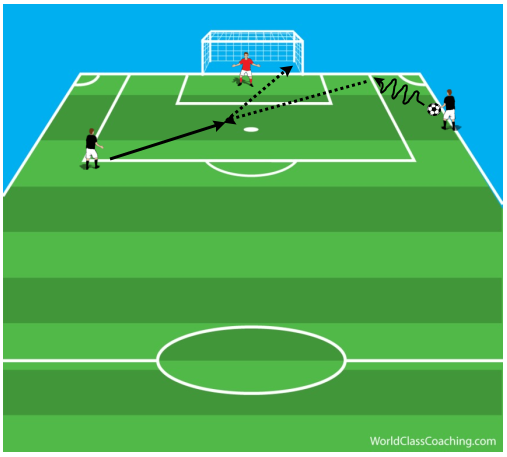 Simply by adding dummies (or corner flags, or coaches etc) we can force the passer and the runner to be more precise. 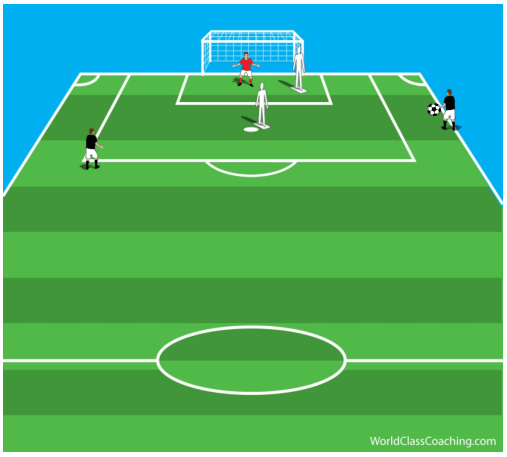 Now it’s not good enough to just serve the ball into the box and then have a runner react to it but instead, space has to be found between the dummies, runs must be timed etc. 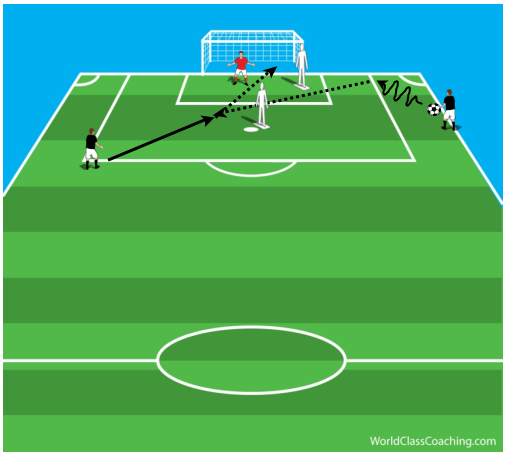 An alternative to passing into spaces between the dummies is to pass over them. 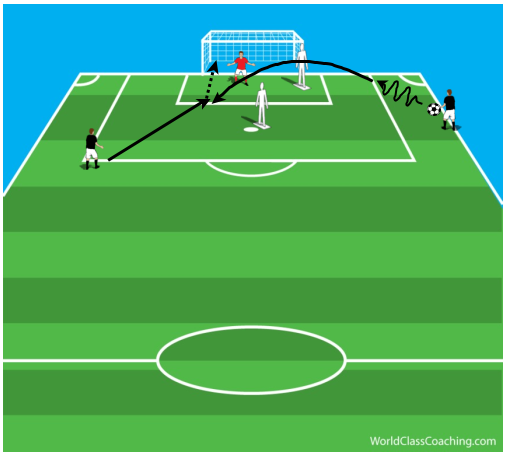 Putting dummies into crossing and finishing activities forces the attacking players to be more precise and more focussed.

The next step, of course, is to substitute real defenders for the dummies but that is for another day.