Aim: Save low driven shots aimed towards the corner of the goal.

Outcomes:
1. Start in the ready position with the hips slightly inclined forward.
2. Take a step forward before diving to make the save.
3. Lead into the dive with the toes of the foot on the side of the dive pointed diagonally towards the outside.
4. End up with the feet behind the line of the ball after making the save.
5. When on the ground rotate the legs inwards to use momentum to get up quickly into position after making the save. 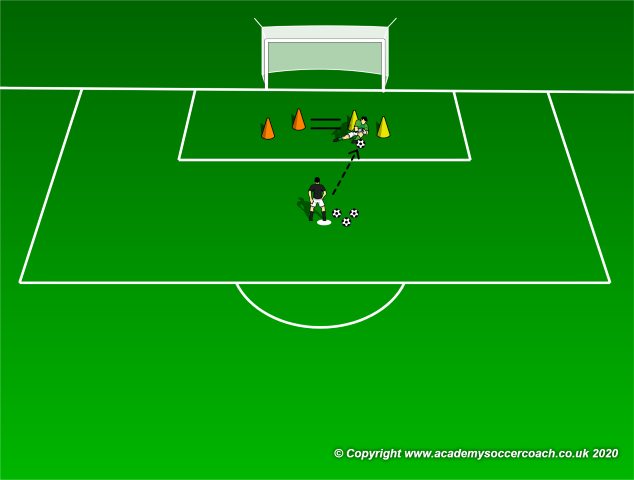 Description: The goalkeeper makes two quick forward steps prior to saving the low driven shot from the goalkeeper coach which is aimed to pass through the gates. 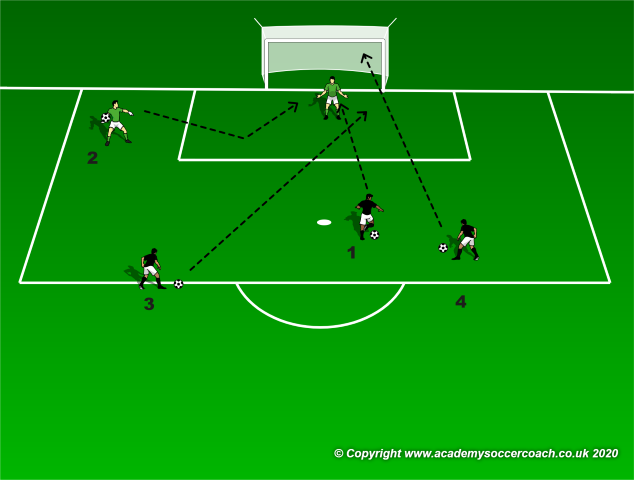 This practice is taken from a Bayern Munich goalkeeping practice of which link is the following; https://www.youtube.com/watch?v=EqDGl0QEaO8. 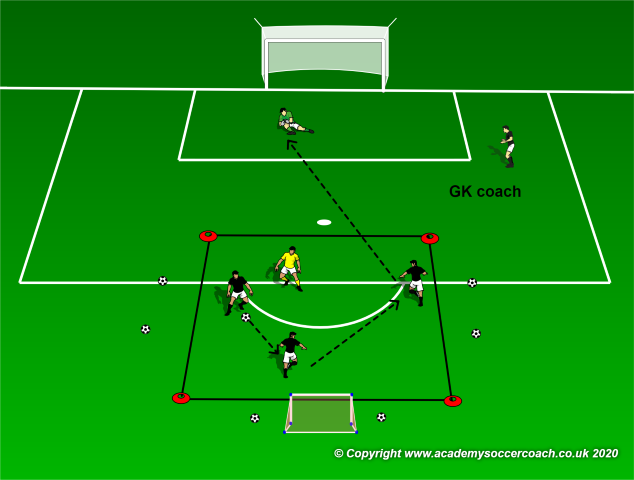 Preparation: An area measuring 10 yards by 10 yards is marked between twelve and sixteen yards from the goal. A goalkeeper is in goal while a defender and three attackers are placed inside this area.

Description: The three attackers aim to keep possession and after making three consecutive passes they can shoot on goal. The shots must be low driven (on the ground). The defender aims to win the ball and score in the mini goal positioned outside of the area. If the shot doesn’t take place after at least twenty seconds, the coach calls out “Shoot!” and the attacker with the ball takes a low driven shot at the goal defended by the goalkeeper.

Progression: After shooting at goal from the 3v1 situation, another ball is played to an attacker by the coach who has to finish with a first timer on goal.