Pep Guardiola made "Developing the Lavolpiana" an expression and style of build up play, very famous throughout the years. It consists in having three players (usually two center back on the sides and de defensive midfielder dropping in between them to set the play) starting the attack on the first third.

The objective is to have numerical advantage against a team that plays with a front two pressing the defenders, creating a 3v2. This way the build out play can be with short passes, treasuring the possession style of play.

In groups of three being one central player and each other player on the sides, central player will pass to one side, receive it back from that player and then pass to the other side, receiving it back again. They will repeat this pattern as they keep going forward. When they reach the end of the set area, they get back to the starting point but first they will do some SAQ on the way for fitness. 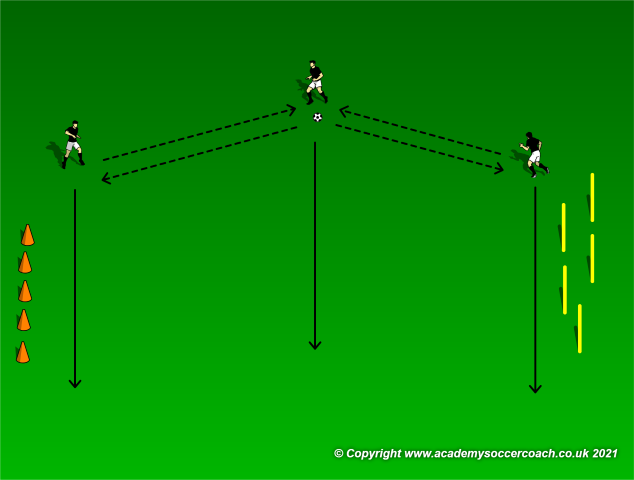 (2+1)v(2+1) small-sided game to score/defend three mini-goals. When in possession, 3v2 as the defending team will lose a player until the moment they get possession. 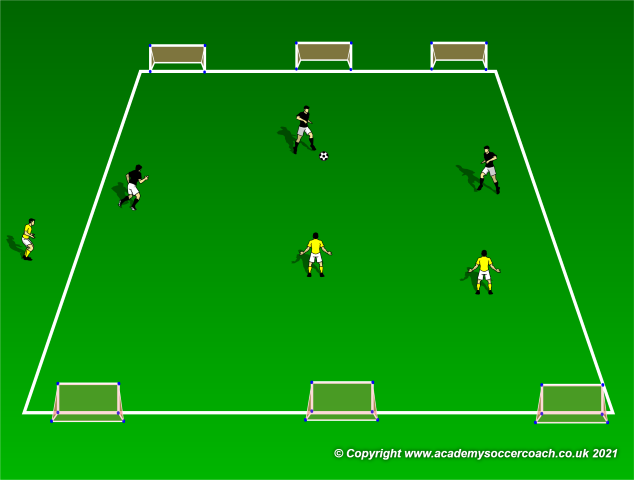 Coaching Points:
- Body position to pass and receive
- Look forward. If you can score, do it. If you can't, look for support.
- Passing lines and support

Activity 2 (20-25 minutes)
SSG 5v5+1 with three mini-goals on each end. The field is split into three zones. The attacking team will have a back three and two players on the final third who cannot merge from one zone to another. When out of possession, these two players up front leave the game until their team wins the ball back. The neutral player will only play in the middle zone. 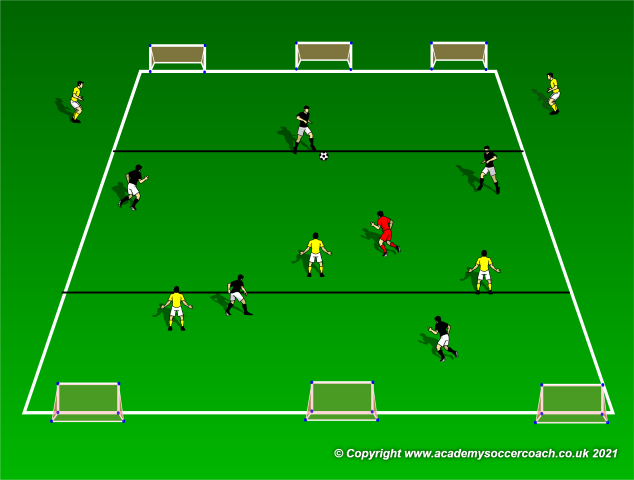 Coaching Points:
- Body shape to pass and receive.
- Set good angles for passing lines and support.
- If you can play forward, do it. If you cannot, look for support.

Activity 3:
Scrimmage 7v7 with three mini-goals on each end. Encourage the teams to play a 2-3-1, having the center mid dropping in between the defenders to build from the back as practiced through the session. 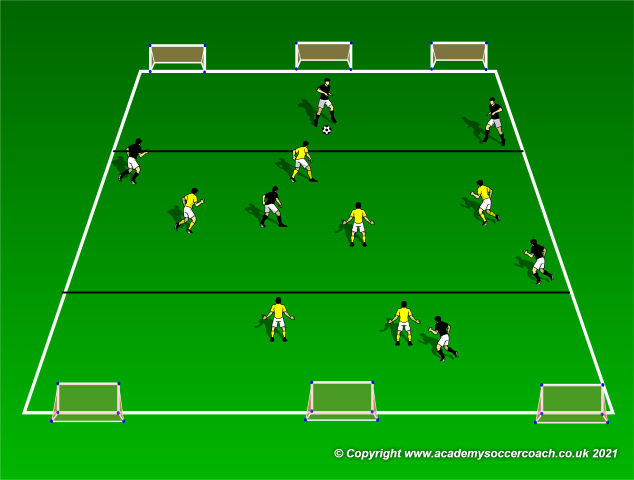 Progressions:
- 2 points for a goal, 1 point for every lavolpiana that leads to a goal attempt
- Lavolpiana play + goal = 3 points