Area of practice: 35 yards in length by 20 yards in width divided into two equal vertical zones. This however depends on the tactical-technical and also the soccer fitness level of the players.

Aim of the practice: For the players to be quick on moments of transition, both negative and positive. 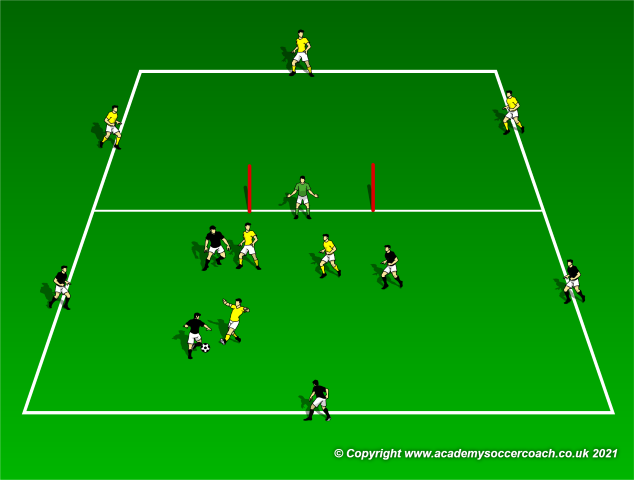 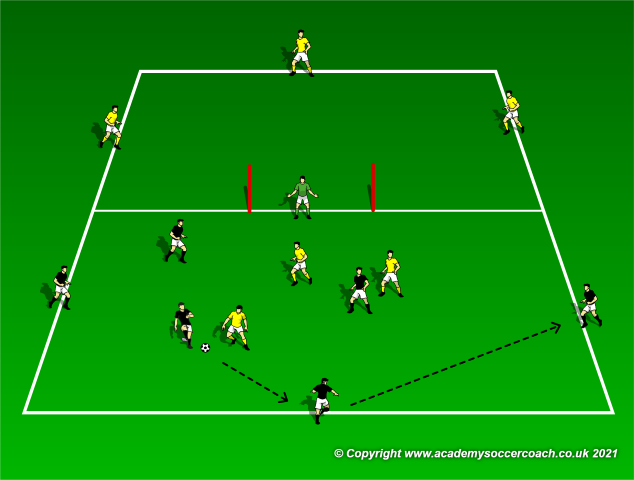 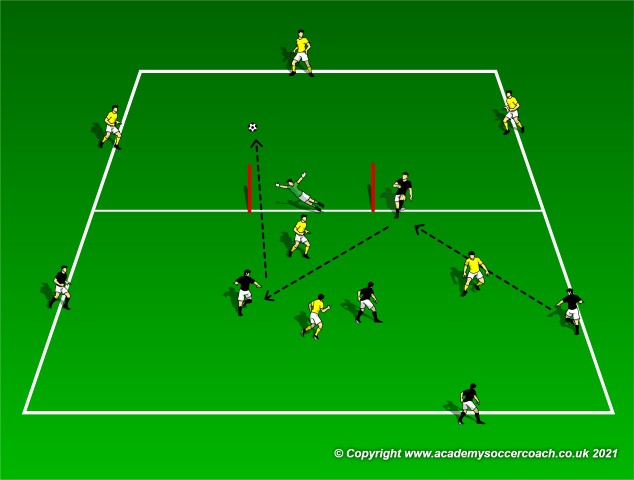 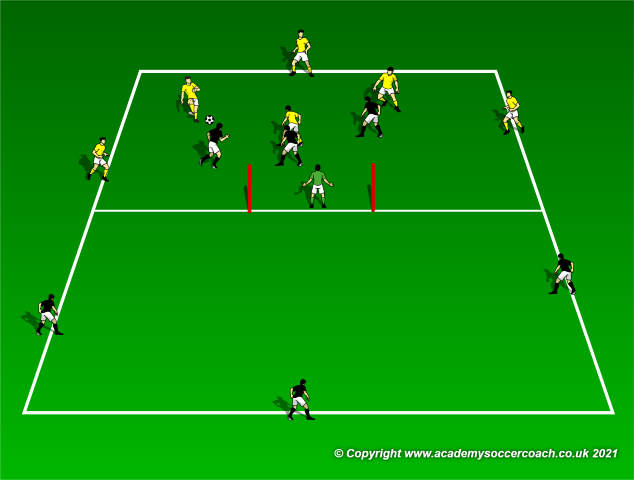 Both teams must quickly move into the opposite half of the pitch.  The new team in possession of the ball must have all of its players inside their own half before they are allowed to score.  For the team who now has to defend, if their players are not all inside the opponents’ half if a goal is scored, the goal counts double.