Question - “My players love it when we work on shooting, but they don't like it when they have to wait in line and take turns taking shots.  Can you share some shooting exercises that don't involve waiting in line?”

Always a challenge when we think about shooting practices and waiting in line. More than the repetitions, we must concern about safety as no one enjoys having a ball smashed at their face or any other body part.

For this, my tips are:

Example 1 - Add some other tasks between a shot and another.

Just outside the goalie box, one player with a ball and another in front of him at about 5 yards from the box line. Some fitness and technical stations also set on the outside with hurdles, cones, agility latter and poles. 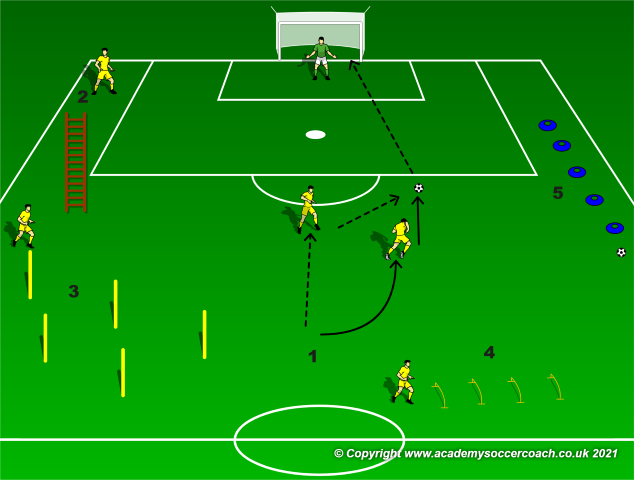 Example 2 - Use as many goals or other targets you can. This way you can split the team into small groups, lowering the time waiting 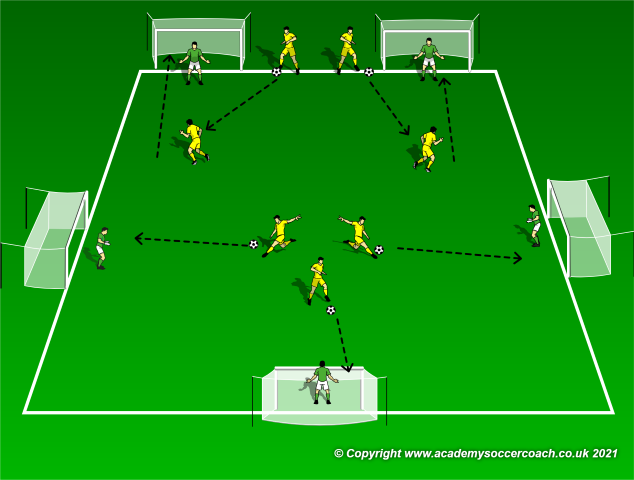 As shown above, use as many goals and targets as you have and make the most of your practice area. If many goals are not available, be creative. Mini-goals, cones, poles etc.

Example 3 – Drills with a countdown to shoot

This one works with any shooting drill you know and/or already use. The only thing is to set some time and make it a countdown to improve the tempo of the drill, which will help to give the players more repetitions and spend less time in line. Example: “You have 5 seconds to finish the play.”

Example 4 – Shooting with a combination play 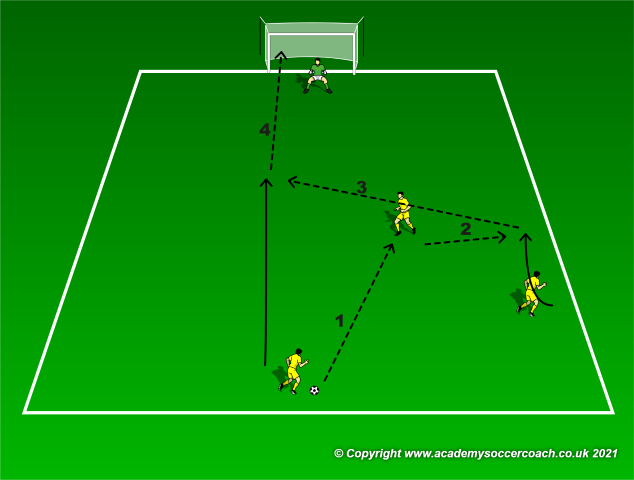 More players involved in the execution of each repetition. This way they won’t spend much time in line not participating. 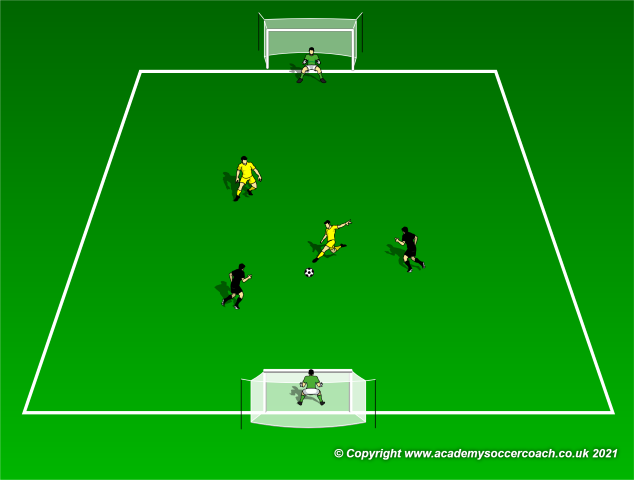 In the example above it´s a GK+3v3+GK with regular sized goals and a smaller adapted field. The proximity to the goals and reduced number of players will guarantee a good number of shots in little time.