Objective
This session will focus on overall fitness of the player.   These sessions can be done with a ball or without a ball focusing on balance and acceleration.  The key to this session is for the player to operate at game speed. 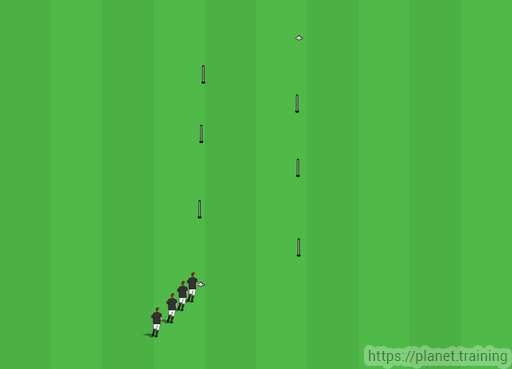 Set Up
Position 6 agility poles in two lines.  The lines are 10 yards apart with the poles being 15 yards apart from each other in the line.  The players are lined up behind a cone at the end of the two lines

Execution
The first run through the poles is to simply weave around each pole.  Ensure the player slows down as he reaches the pole to make the turn with balance and control.  Then once he has completed the turn to burst toward the next pole.  This repeats until the end of the lines.  After they reach the cone on the far side, the player jogs back to the line.  As shown in Diagram 2. 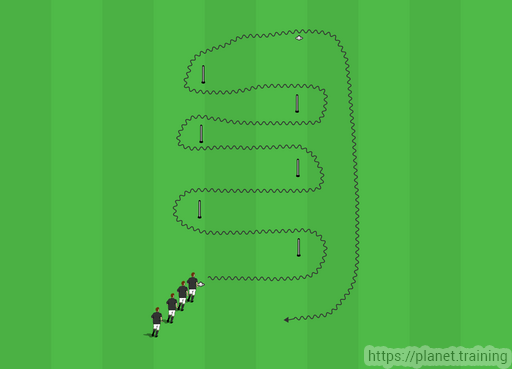 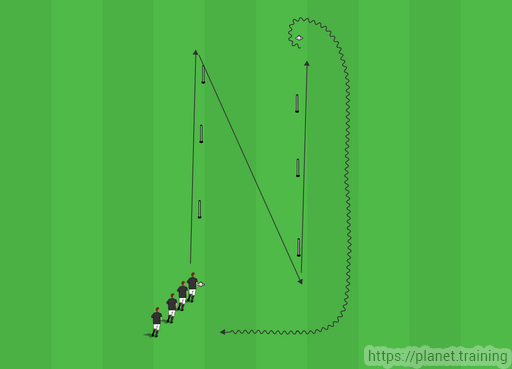 The next progression is to change to backpedal as the players reach the first pole in the line.  At the next pole they reverse back to forward.  This pattern continues alternating between forward and backpedal through out both lines.  See Diagram 4. 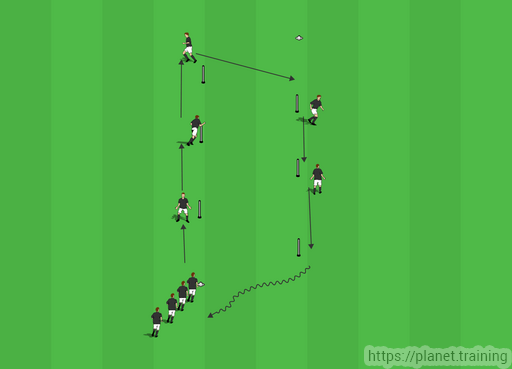 Variation
• The players can run 360 degrees around each pole before sprinting to the next one.

• The players can form 2 lines and race alternating forward and backpedal across the poles.

Coaching Points
• Ensure the players have good balance and control as they reach each change of direction station.

• Ensure the players accelerate with a tremendous burst of speed.

• The players can complete each progression more than once.  3 runs per set is a good benchmark.

• At the end of each set have the players perform push-ups, jumping jacks, etc to increase the workload