The following activity triggers players to attack or defend their opponent while going to goal. This activity is a line type of exercise with the soccer specific fitness target being player athletic development with the metabolic training adaptation being speed production. The time of action should be around 4 to 8 seconds’ max and the rest for each athlete after each action should be around 40 to 60 seconds. The reason for the rest period being larger in amount in comparison to the intensive action is to promote complete recovery before commencing the following action. Therefore, not fatiguing the athlete and having them perform their action at a pristine level. 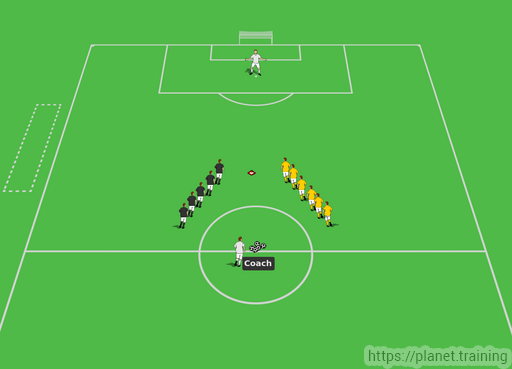 • Two lines of players located 50 yards away from goal.
• The first two players are in a push-up position.
• Coach stands before the line of players and throws the ball down the middle at will.
• When the players visually see the ball, then the players activate by standing up and sprinting.
• First player to the ball is the attacker.
• Second player to the ball is the defender.
• When finished, come back to the line, and wait for next turn. 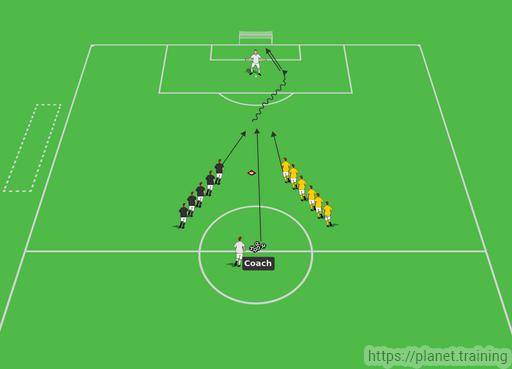 Coaching Points:
• Make sure to have players look strauight forward.
• Do not let players extensively go byeond the time allotted.
• Quick intensive speed actions.
• When attacking, keepball on outside foot to have body be in between ball and defender.
• When defending look to push attacker wide and try to find opportune moments to poke the ball.
• There are many ways to perform this activity, but respecting the time essence of th activity and the time of actions and rest is important.