Introduction: Dealing with crosses is often a major headache for goalkeepers. This holds true when playing against opponents whose strengths lie in this aspect of the game.

Dealing with crosses is a cohesive team effort. First we aim to eliminate or reduce as much as we can the opponents’ strength of getting the opportunities to play crosses. Secondly if the cross is played we should have our centre backs marking their target players and dealing with the cross effectively. The goalkeeper should be the one who continuously communicates with his back line all the time during this period, making sure that the target players are properly marked to reduce their ability to deal with the cross effectively. Communication should be developed throughout the season and refined during the week according to the opposition we are going to face. 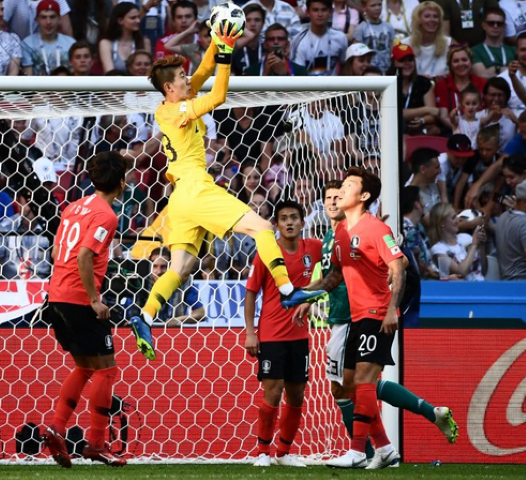 Figure 1 - The goalkeeper should all the time keep his eyes on the ball and be confident of getting to it first. 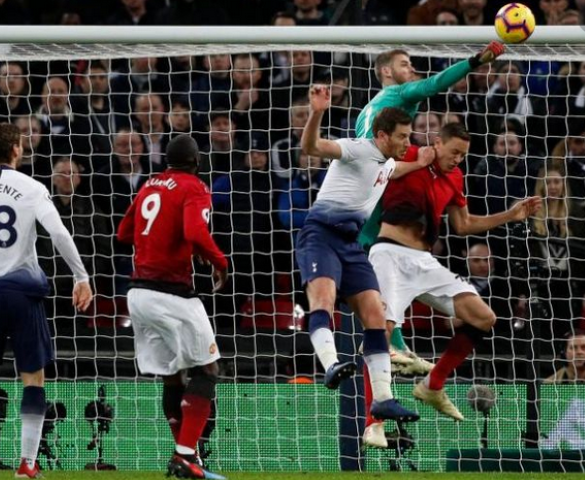 Training tips:
1. Always make training realistic to what happens during the game. Isolated training to refine technique, coordination and power are good but they serve to nothing if the goalkeeper doesn’t learn how to anticipate situations and communicate with teammates.
2. Whenever possible always have some kind of active opposition with defensive collaboration. The last strengthens the communication between the goalkeeper and the centre backs who are the players who will be put under pressure the most in these situations.
3. Vary the resistance. It can be that the goalkeeper has to face only one forward, two forwards or three forwards.
4. Vary the angle from where crosses are played.
5. Vary the distribution. The goalkeeper should learn to deal with both in-swinging and out-swinging crosses and crosses played onto the first, mid, and second posts
6. Have unpredictability in training! Create situations where the opponents can play both crosses, dribble inside with the ball or play cut back passes.

Goalkeeper positioning during crosses:
Before the opponents are able to play a cross, the goalkeeper should be positioned where he can have a very good vision of both the ball and the crosser as well as his teammates and opponents. The ideal position when the cross is played from deep as in the below picture is for the goalkeeper to be centrally in line with the midline of the goal and a few feet in front of the goal line. This position gives him enough space and time to get to the ball. It is imperative also to mention that the defense will not be too deep as this will restrict the space that the goalkeeper has to attack the ball.

Figure 3 - The goalkeeper's position should enable him to have a good view of the ball, teammates and opponents.

The stance that the goalkeeper takes might prove to be the decisive factor in such situations. As seen in the image below, the goalkeeper’s position will enable him to get to the ball quickly and cover both the first post, mid post and second post areas. The goalkeeper should have a low centre of gravity with the weight of the body on the balls of feet.

Practices:
Timing the interception of the cross. 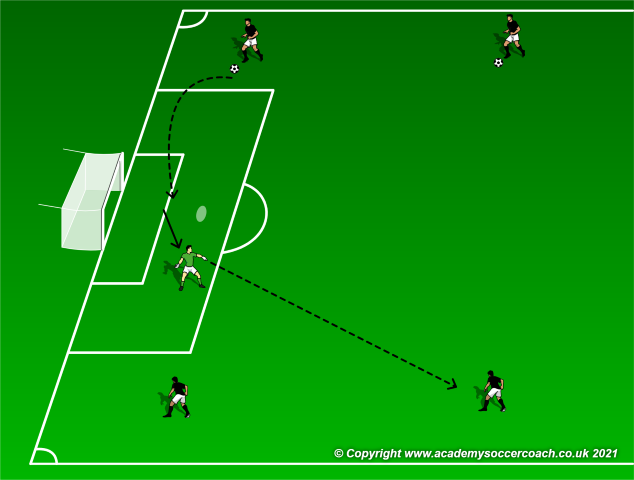 We have two servers on both flanks. One of them is positioned at a deeper position than the other. The one closest to the goal line plays out-swinging crosses while the other plays in-swinging crosses. Upon catching the ball the goalkeeper makes a few steps with it prior to serving it to one of the two servers on the opposite flank. We can progress the practice by placing mannequins where the goalkeeper is overloaded in taking the correct approach to attack the ball. 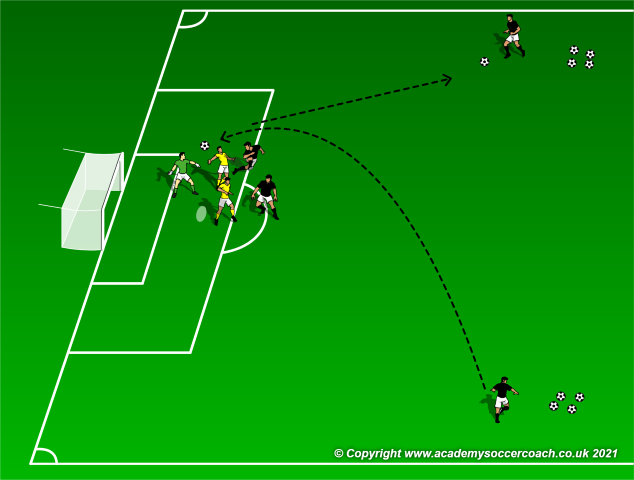 In this practice we have a server on both sides who are positioned wide and higher than the edge of the penalty area. In the centre in front of the penalty area we have two centre backs lined up against two forwards and a goalkeeper. One of the servers plays an in-swinging cross for the goalkeeper to come out and deal with together with the help of the centre backs. Two mini goals can also be positioned for the defending team to attack should they win the ball. However in this practice if the defending team wins the ball they aim to play it quickly to the opposite server as if to launch a quick counter attack from the opponents’ weaker side. To overload this practice we can have the server playing crosses from various positions or by dribbling towards the goal line and playing cut back passes. We can also overload by adding another forward which further conditions us to be more precise on intercepting the ball. This will indeed require very good communication between the goalkeeper and the centre backs. 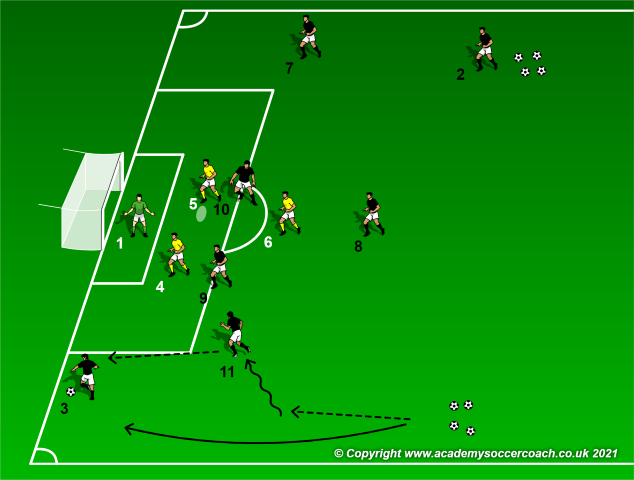 We move on to more complex but more realistic contexts where communication between the goalkeeper and his teammates and the decision-making abilities of the players are to be further developed. In the situation above the full back (3) passes to the winger (11) and overlaps him to receive the return pass to play the cross. The practice is then repeated on the opposite flank. After a few repetitions we should build towards a higher level context which is closer to the realism and requirements of the game and especially of what is expected from our next opponent. Now we can have the winger either returning the ball to the full back to play the cross or himself cutting inside with the ball to take the shot or combine play with teammates inside the penalty area. The full back can also advance towards the goal line and play a cut back pass. The more we practice in situations where the goalkeeper and the defenders are faced with various situations the more we develop communication and this will lead to better decision-making and interceptions of the ball in the game.