This corner play combines the physicality of placing numbers into the box with the agility and speed that comes from corner plays that start outside of, or at the top of, the box. The first row of players should line up on the near post, far post, and someone should look to shade the keeper. Overall the purpose of these players is to ensure that the opposition has to sit back and keep players near their own goal. Individually, the near post play should look to either screen the keeper if it goes far post, or get a head on anything driven low near the near post. Far post should be going up for anything that gets over the head of the keeper. And finally, the player on the goalie should look to challenge anything directly at the keeper, or pick up anything that is allowed to fall into the box. 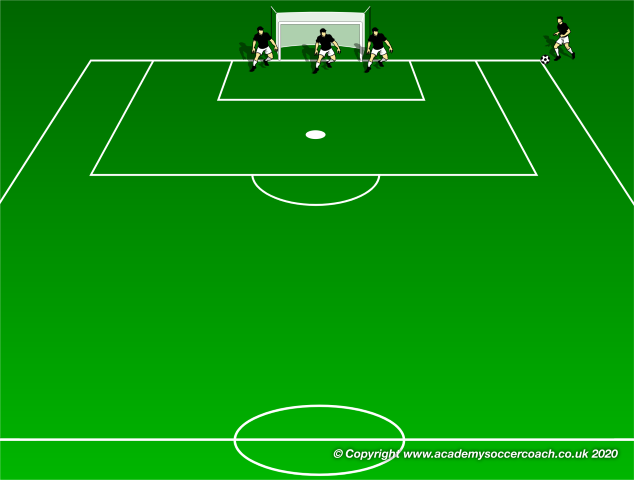 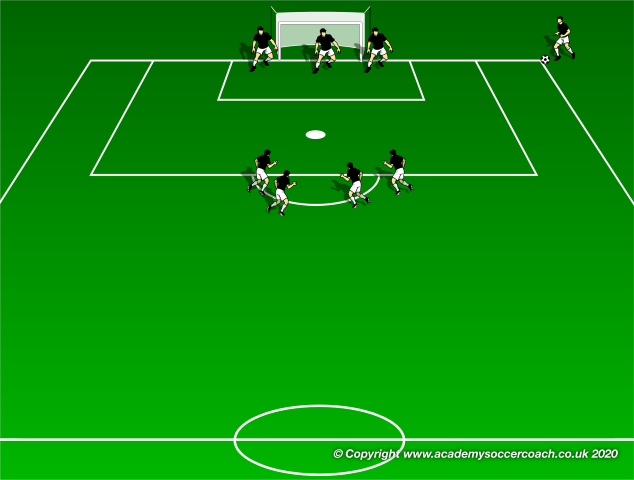 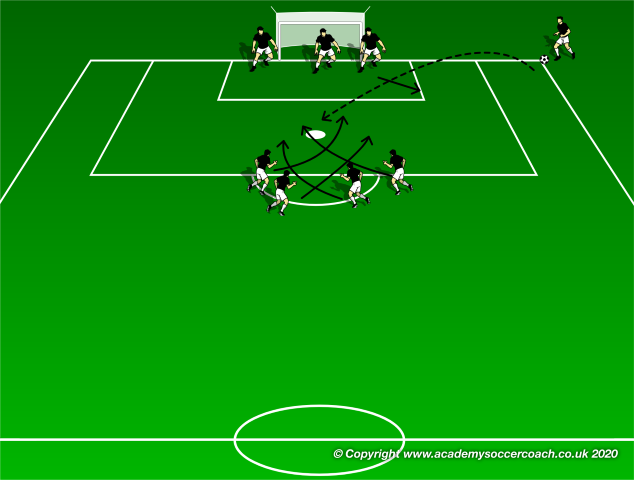