Crossing and Finishing Under Pressure 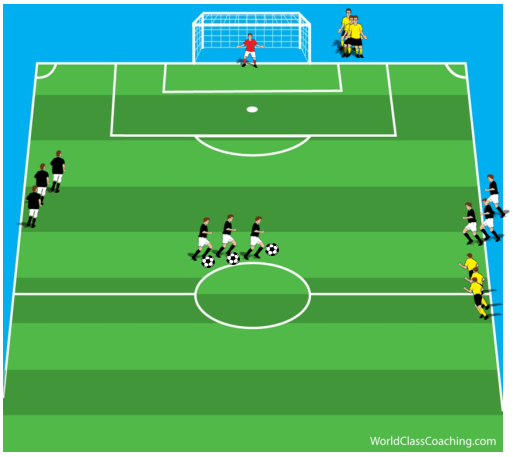 The player with the ball starts by either chipping or driving the ball to the player out wide. 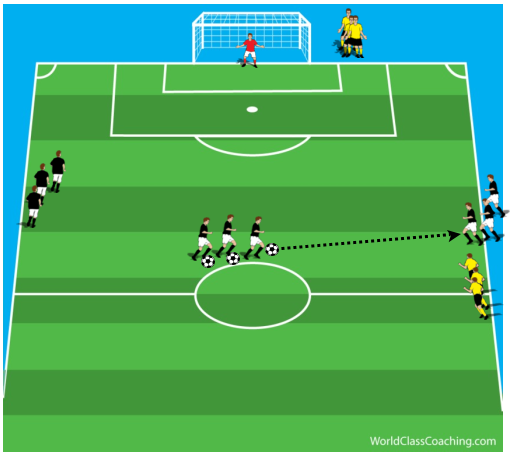 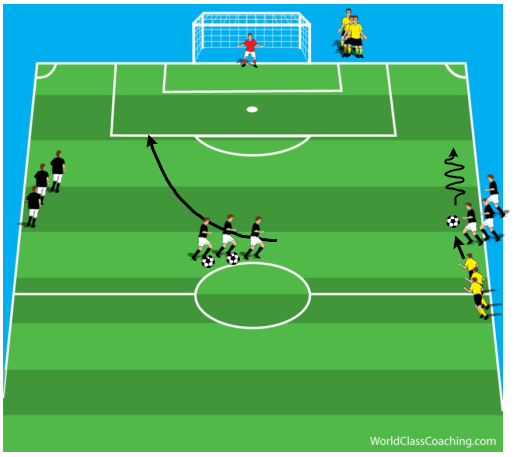 The player on the far side starts a near post run and the defender on the end line goes into the 18 to defend the runners. 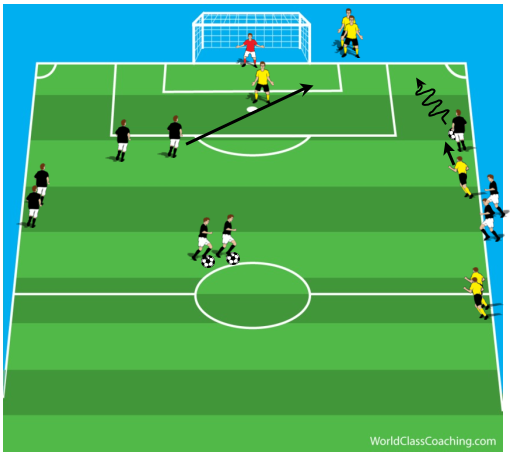 The player with the ball crosses to one of the runners for a first time finish. 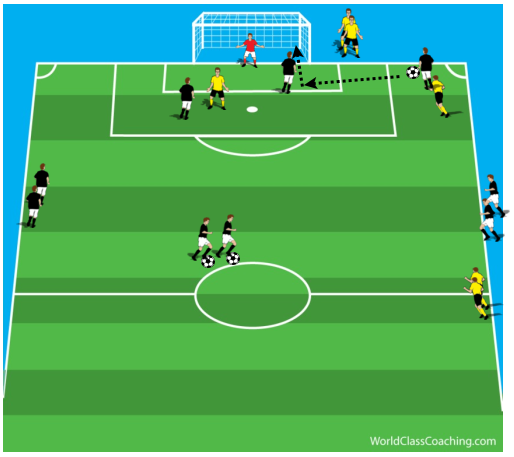 The points of emphasis in this activity are many. We need a good initial pass, the player receiving the ball must attack with the initial touch and then dribble at speed before getting his body turned for a good crossing opportunity. The runners must time their runs properly and make their runs with conviction and the cross must be hit properly.

This is an excellent activity to work on many aspects of the game but make sure to keep the flow going so there isn’t much standing around.