Crossing and Finishing to Improve Speed

The crossing and finishing pattern exercise helps in developing starting speed. This physical component is particularly required in the final third of the pitch in wide areas as well as in and around the penalty box. Starting quickness and short distance speed often create difference and can determine whether player gets to the ball or into space first.

Set up and directions
Divide the team into 6 groups and organize as shown on the diagram below. Starting positions for the wingers should be placed around 15 m. from the penalty box. Strikers attacking centrally and defenders should start another 10 m. behind the wingers. Organize a goalkeeper in the full sized goal. All players should work position specifically whenever possible. 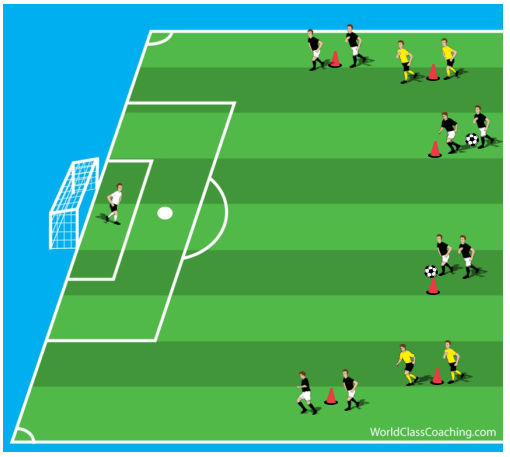 The practice starts by a horizontal pass to the second striker, who then plays the ball vertically to the opposite winger. Two touches can be used (receive and play a pass to the winger). 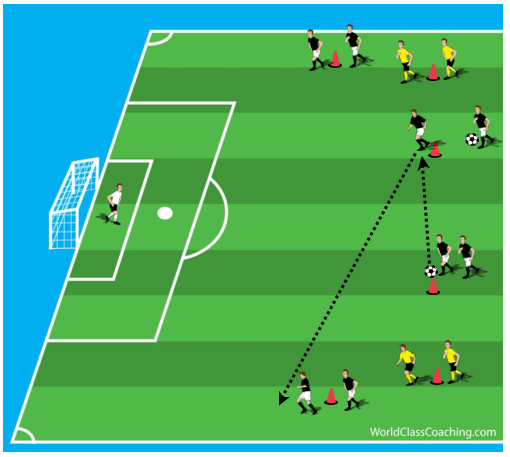 After the pass has been made, two strikers start to make a forward run towards the goal. Also a defender behind the winger becomes active and has a task to prevent him crossing the ball into the penalty area. 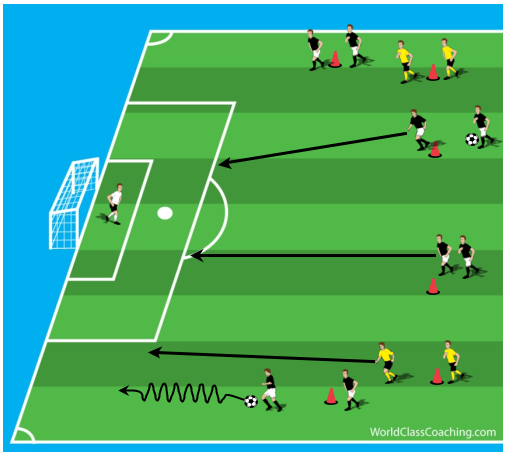 Just before the penalty area, both strikers change the path of their runs and attempt to score a goal from a cross delivered by a winger. 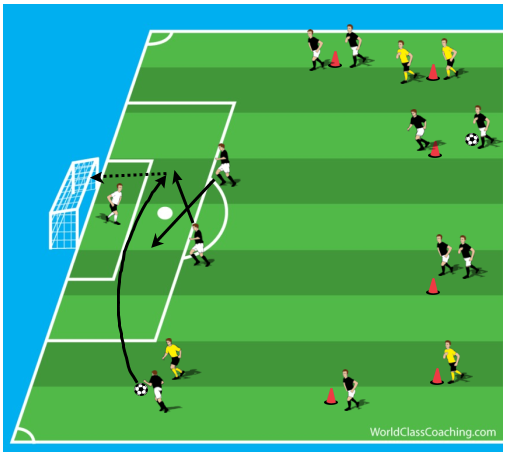 Timing:
Each repetition should last up to 6 seconds (starting from the winger receiving the ball). That needs to be repeated 4-6 times in 1-2 series. There should be 1 min. rest between repetitions and 4 min. between series.

Not Just a Crossing and Shot-stopping Drill