The following activity has the defending players working on their soccer specific muscle strength, while targeting their anaerobic energy system. Four grids are created in a half field environment. A four vs. two activity is played in each grid – with each grid measuring 15 x 15 yds.

The four attacking players are shaped as a diamond and possess the ball with good supporting actions and proper ball speed. The two defending players will be restricted to a grid and will try to disrupt as many passes as they can.

During the activity, intensity will be increased by having the players on defense react to a certain rule when the whistle is blown. 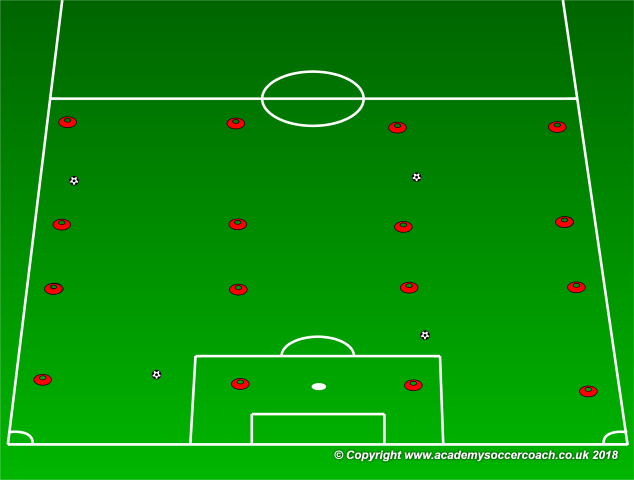 • Four attacking vs. two defending players in each area 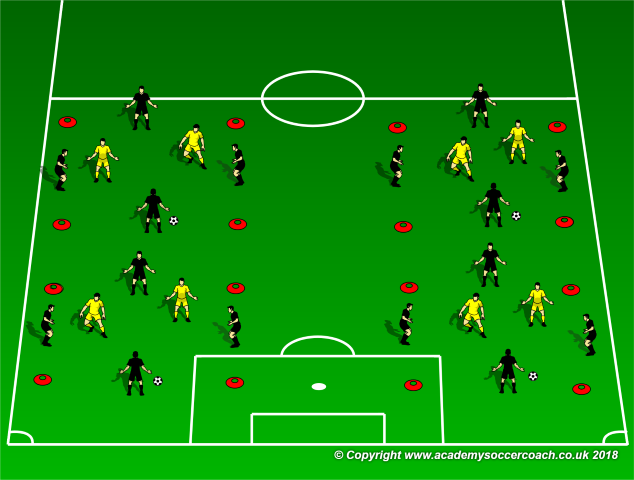 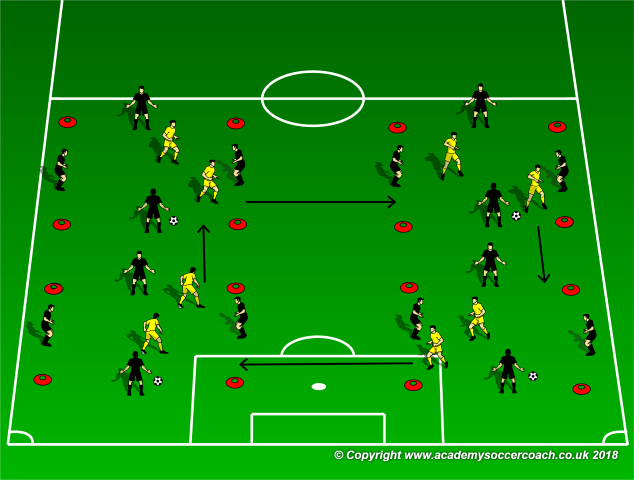 • On whistle, defending players will run diagonally to the opposite grid. 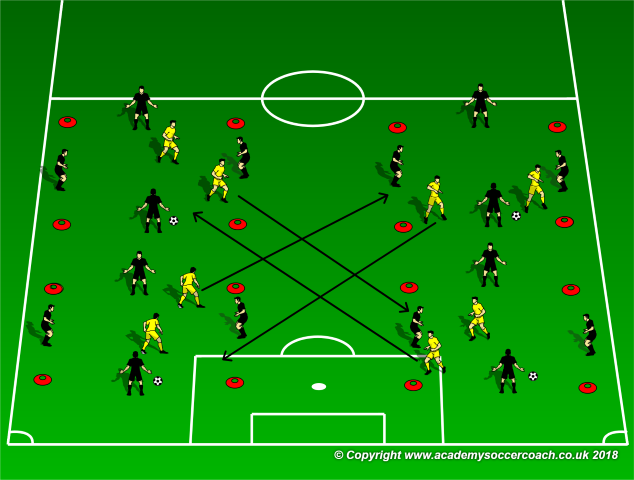