This exercise is an unopposed, continuous passing pattern aimed at developing aerobic power. Passing tempo and position interchanges forces players to be constantly on the move below their anaerobic threshold. Therefore, the practice is focused on developing the capacity to recover and sustain prolonged match conditions.

Organise 8 cones and players as shown on the diagram. Distance between first and second cones from the bottom should be half shorter than the distance between the second and third. Min. number of players for this exercise is 8. 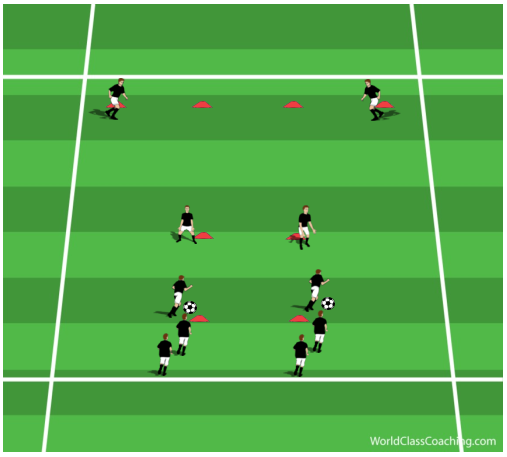 The practice starts with a player on the bottom cone who makes a vertical pass forwards. The receiver on the second bottom cone plays one touch back, on the angle. Then, player who made a first pass plays the ball on a longer distance to the player further away. 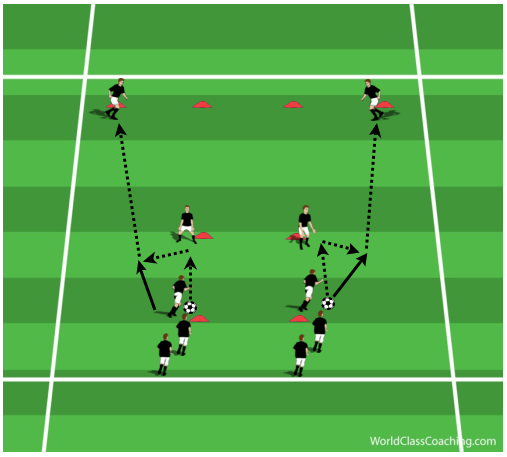 The receiver then dribbles back to the start of the queue and starts the exercise again. The dribbling pace is crucial for the exercise flow and achieving physical objectives. At the same time, next player starts the pattern. 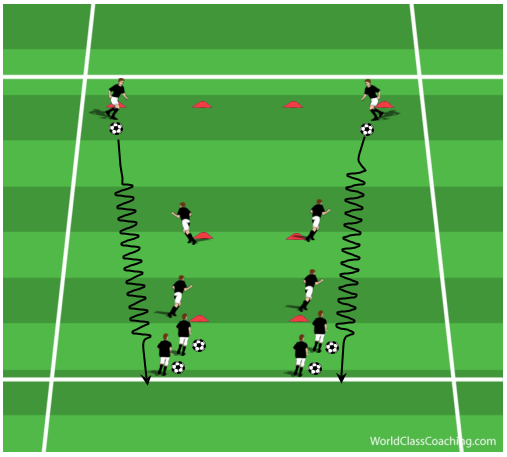 Another passing combination may involve passing diagonally to the furthest player after a one-two with a player on the second cone. That will challenge player’s coordination and perception to time the pass effectively.

The receiver on the furthest cone plays a one-two with the middle player and dribbles to the back of the queue. Again, the dribbling speed is important. 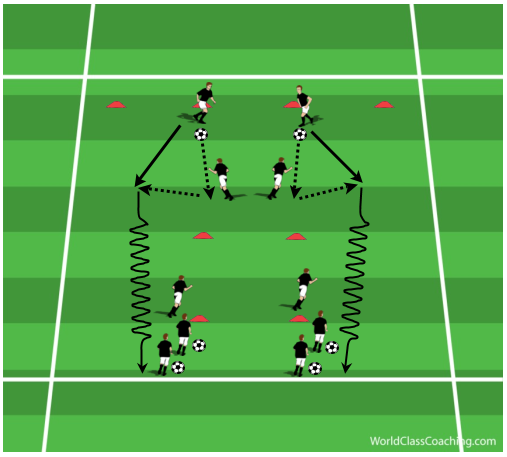 Timing
The exercise should be continued 4-8 min. and repeated 4-6 times with 2 min. active break in between.