The 2v2+2 practice on two goals focuses on developing Anaerobic Endurance in a game scenario. From a physical point of view it helps to sustain high intensity actions throughout the whole match what can be crucial element especially in the last minutes of the game. As all the players are active and involved in the game, it is very engaging practice for almost every age group.

Organise a pitch of 25x35 yards with a goal on each end. Divide the pitch into two halves. One goalkeeper should be starting in each goal. Divide the group into two teams of four. Two players from each team should be inside the area and two of them outside on the opposite sides as shown on the diagram below. The game starts from the goalkeeper. 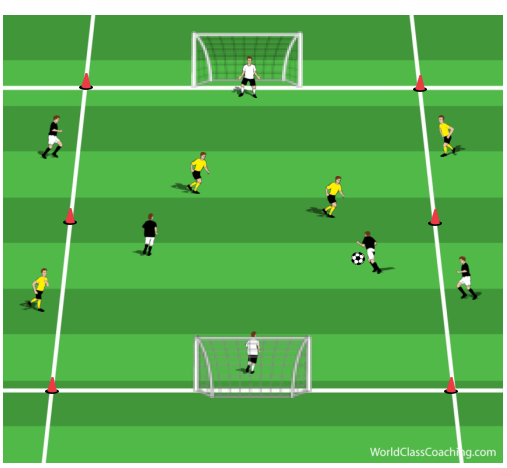 The aim of two players in the middle is to score in the opposition’s goal. In order to do so, they can also use outside players from their team to support. 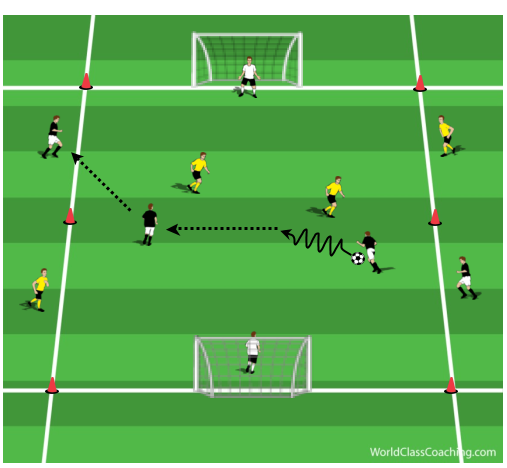 If the defending team wins the ball, they try to score in the opposite goal. Quick transition to attack and defence places high physical demands on players. 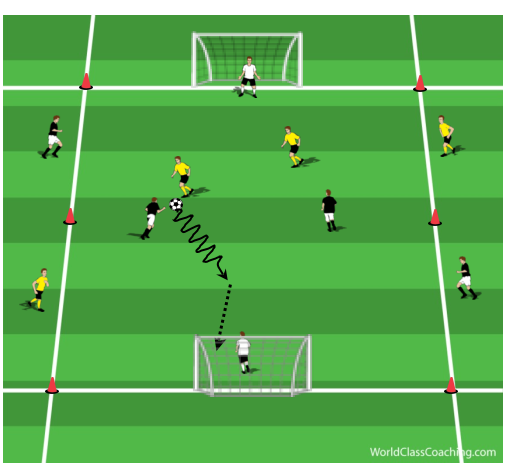 Two supporting players can be also positioned on the same, attacking half. That will make the task easier for the attackers and force defenders to defend deeper and counter attack. That will in turn make the recovery runs for the team that lost possession longer. 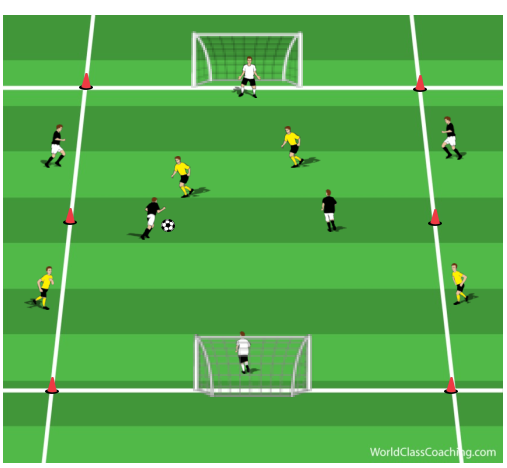 Timing
The game should be played 1-3 min. in 6-10 repetitions. It is suggested to repeat that in 2 series, with 1-3 min. rest between repetitions (interchange outside-inside players) and 4 min. between series.
Variations:
- 3v3 in the middle
- Supporting players on the same half
- Increase/decrease area size