This exercise is based on transition phase from attack to defense. Ability to prevent counter-attack recently became more important with the teams scoring more goals from the counter-attacks and quick attacks. In this practice, that is connected with shooting and running with the ball content to develop technical corner and anaerobic power from physical point of view.

Set up and directions:
Organize two full-sized goals 40-50 meters apart from each other. Set up two gates and divide the team into two groups as shown on diagram. Each player needs one ball. Goalkeepers should be positioned in goals. 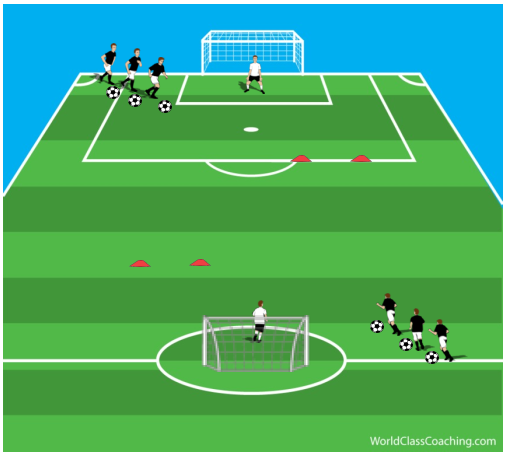 The practice starts with the first player from one group dribbling towards the opposite goal. His aim is to dribble through the gate and score a goal. 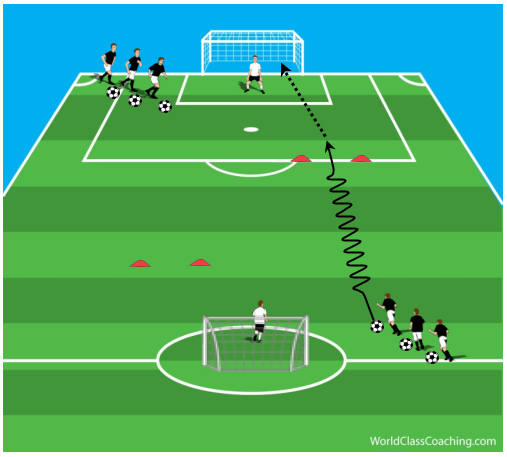 As soon as the shot is made, first player from the second group starts running with the ball towards the opposite goal with the same aim: go through the gate and score! The player who has just made the shot (first) becomes defender and his aim is to recover and stop the attacking player. 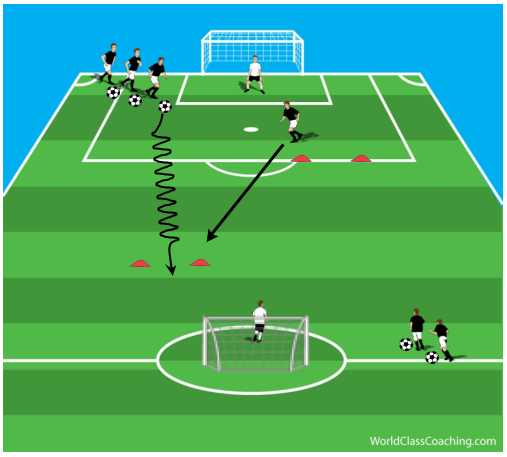 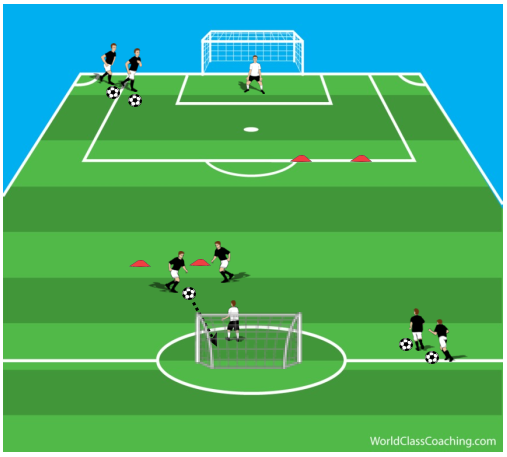 The game is constantly continued. After the shot is made, the next attacking player starts running with the ball, while previous attacker becomes defender. Each player after his action (attacking, transition and defending) joins back of the group. 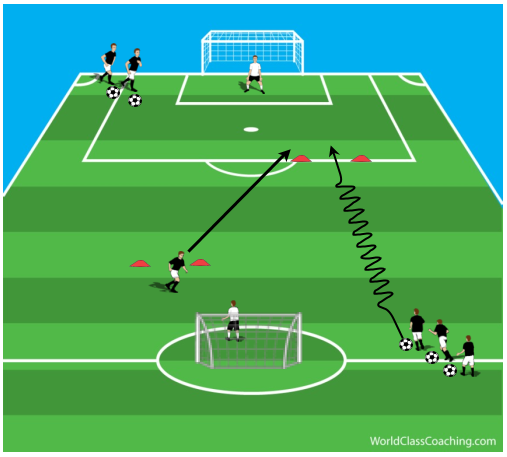 Timing:
Each action should last between 6-10 seconds and should be repeated 4-6 times in 1-2 series. Rest between each repetition lasts 1 min., while between each series – 4 min.