The following practice is designed to develop an ability to repeat high intensity sprints during the game. That is achieved by working on anaerobic energy system’s capacity, which helps in sustaining the frequency of explosive actions throughout the game. The physical component is linked to the technical element of running with the ball and finishing that makes the practice motivating and engaging for the players. The distances and types of sprints might be adjusted to suit individual needs.

Set up a cone in line with the full size goal, 35 yards away from it. Organise a goalkeeper in goal and a server positioned around the opposite edge of the penalty box. Organise a group of 3-4 players starting on the cone. Set up two additional tall cones 25 yards apart from each other, next to the starting position, as shown on the diagram below. Prepare a supply of balls for the server. 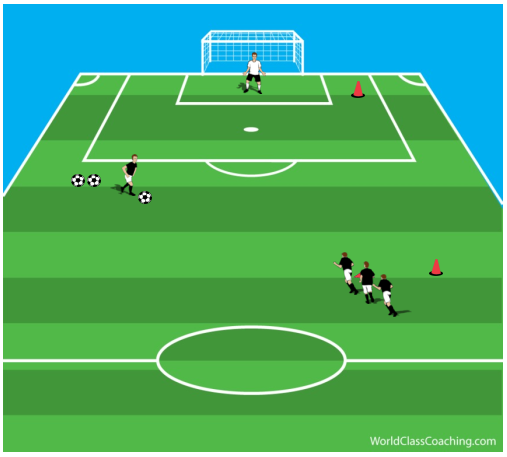 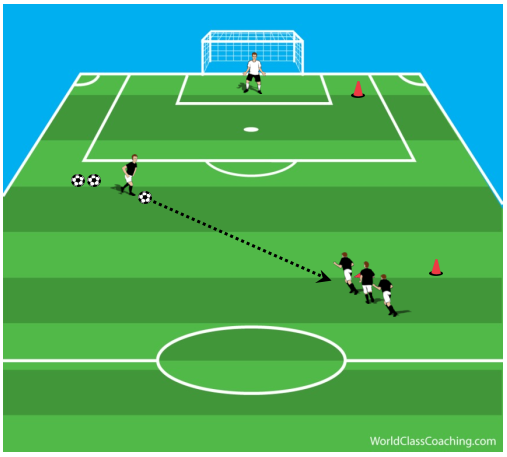 The attacker then runs with the ball and tries to score a goal against the goalkeeper. The run should be made quickly but not necessarily at a full pace. Accurate placement into corners should be encouraged. The ball used for a shot is played by the goalkeeper into a server. 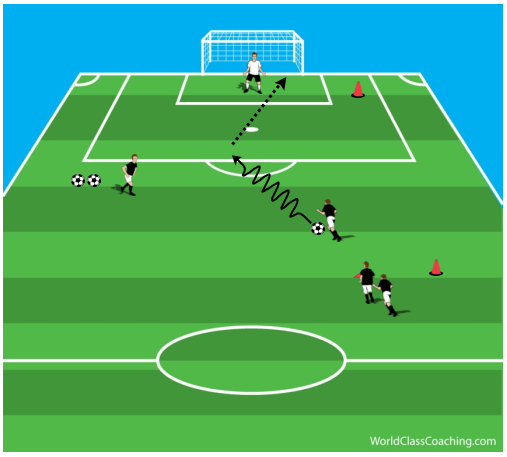 After the shot is made, the attacker runs around the tall cone positioned inside the penalty box and sprints into the opposite tall cone by the starting point. This part of the practice should be done at a full pace. Distance of the run can be adjusted to suit individual needs. After the run is made, the attacker joins back of the queue and starts another repetition. 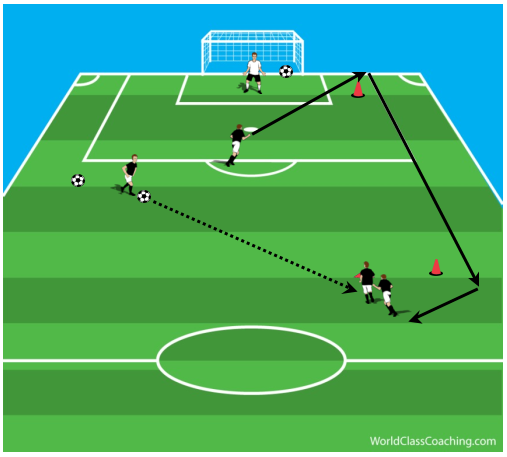 Each player should make 6-10 sprints in 2-4 series. The rest period between repetitions should be 10 seconds (managed automatically with 3 players working), and between series – 4 minutes.