This game-related practice combines tactical and physical development focus. From the tactical perspective, its aim is to improve attacking from the middle third by exploiting the space in behind of the defence using dribbling, through passes and forward runs with and without the ball. Apart from that, it develops Aerobic Capacity which is crucial for maintaining the quality of actions throughout the whole match by quick recovery after high intensity efforts.

Set up a pitch of approximately 30x40 yards (depending on players’ characteristics) with a separate area in the middle third as shown on the diagram. Divide the team into two groups of 4. There should be one goalkeeper in each goal. 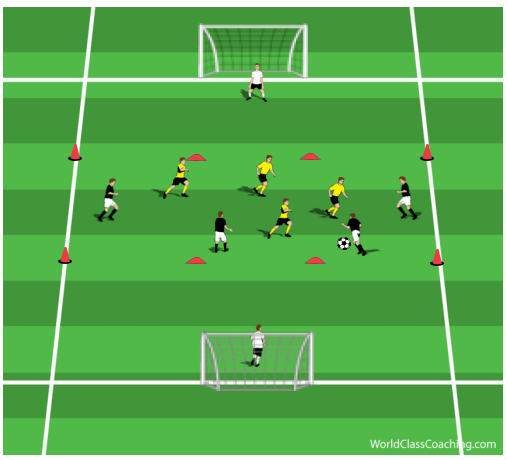 The starting point of this game is in the middle third. Two teams compete and attempt to break into the final third of the opposition in order to score. All players are only allowed in the middle area. 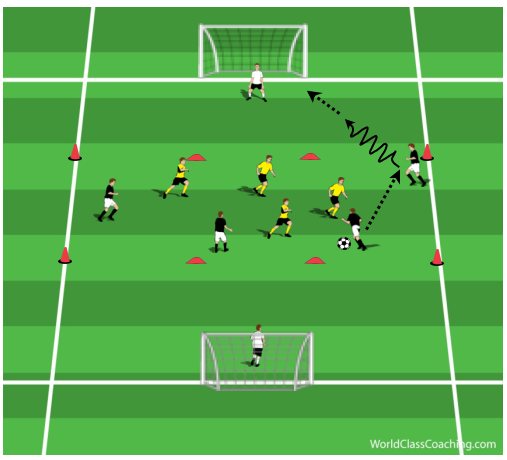 If a player manages to break into the final third of the opposition, one defender can follow him and prevent from scoring. At the beginning, only dribbling into the final third can be allowed. Then, as a progression, also through passes and forward runs can be introduced. 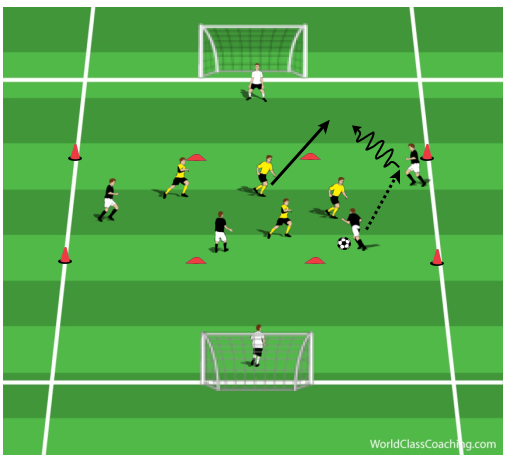 Variation of that can be allowing more players to go into the final third. That forces players to make quick supporting runs and creates 2v2 and 3v3 situations. 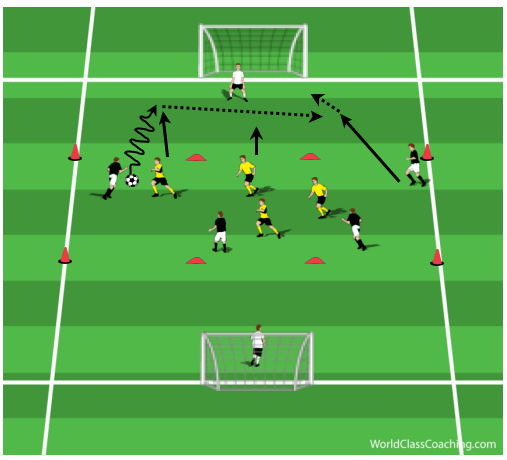 If the goalkeeper gets the ball, quick counter attack can be initiated. That will help to develop quick transition to defence as attacking players will be required to make recovery runs. If the ball goes out of play or the goal is scored, the game is resumed from the middle third. 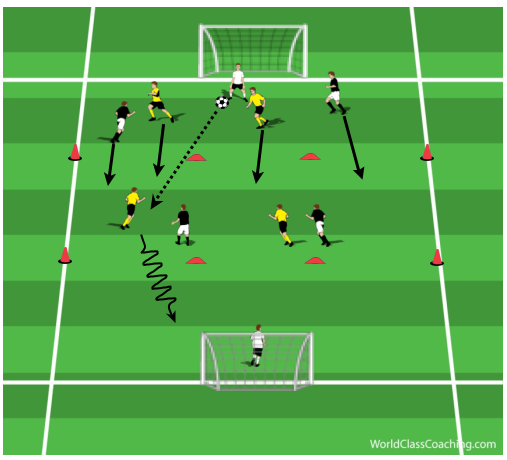 Timing
Each game should last 1-3 mins. That should be repeated 6-10 times in 2 series. The rest period between repetitions is 1-3 mins. and between series – 4 mins.