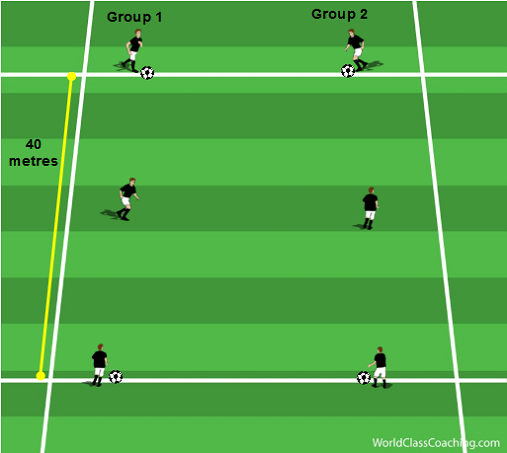 How it Works: The player in the middle is working while the other two are serving. The servers play balls in on the ground for the worker to do different moves/turns. Each player works for 1 minute then switches with one of the servers until all three have been in the middle. The first sequence is the middle player plays a one-time ball back to the server who played the ball in. 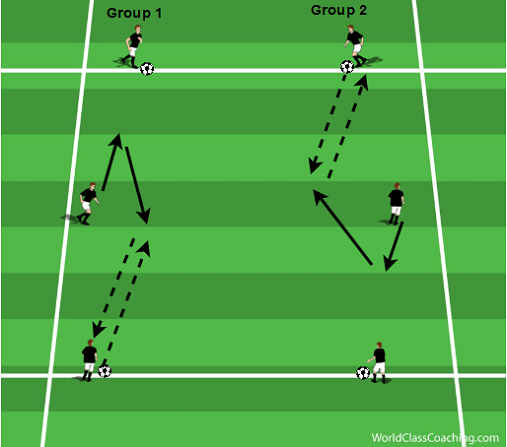 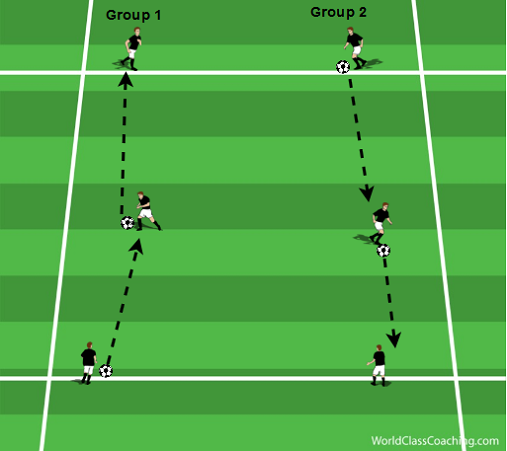 Next, the working player receives the ball with the inside of their foot, cradling it and spinning to face the opposite direction all in the same motion, then playing it out to the other server who then returns it back as in the previous sequence. 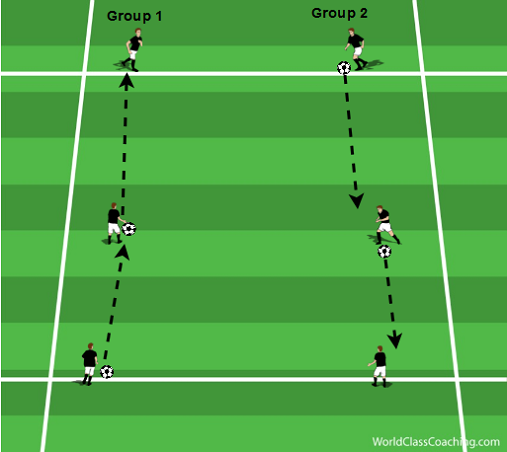 In the next sequence, allow the players in the middle to be creative and show some individual flair by doing whatever they want in the middle. Many different things can be substituted for what the middle player does with the ball. 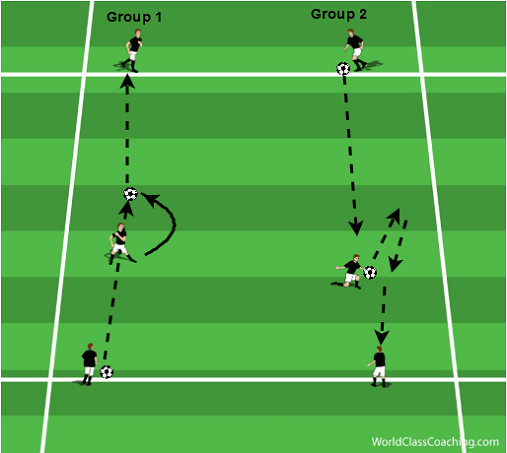 Progression: Partner up two groups of threes. Therefore, there will be four servers and two players working. 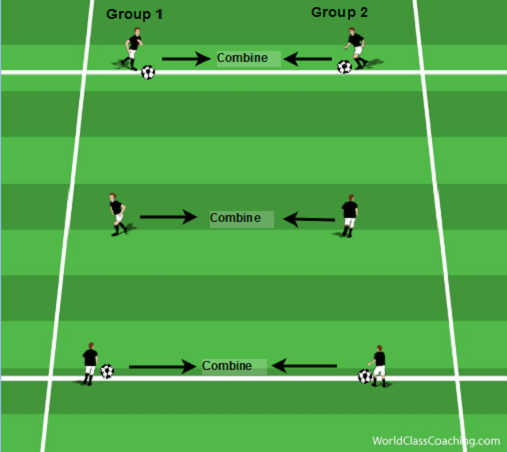 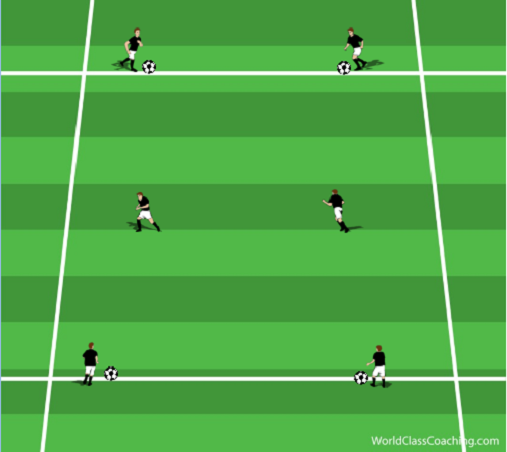 In this set-up, each player in the middle checks for a ball from one of the servers and then turns and plays the ball into the open server who does not have a ball or is not preparing to receive one from the other player. Each pair works for 1 minute. 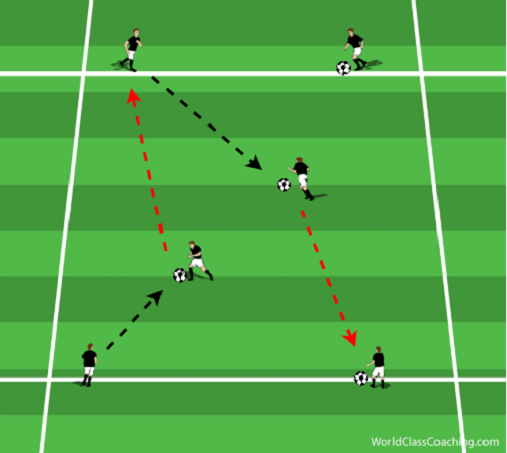 A First Touch with a Purpose