A key quality of a back 5 is that they have 1 extra central defender, the one who is covering for both the outside central defenders. A common mistake when looking to pin a back 5 is to try and pin the covering central defender (we will call him the sweeper for the purposes of this article), while it is not truly necessary. The sweeper has 1 main function, and it is to cover his partners on the side of him – not to press out into midfield or onto the wings. Therefore, if this defender is simply left free he will not be capable of offering much support to his team’s strikers and midfielders.

A more efficient approach is to pin the outside central defenders because they are the ones who are allowed to aggressively move out of their positions to cover the rest of their teammates, their ability to cover their teammates must be denied if we are going to create spaces in the midfield. To pin back both of these players, it is most efficient to use two wide strikers who can threaten the wings. 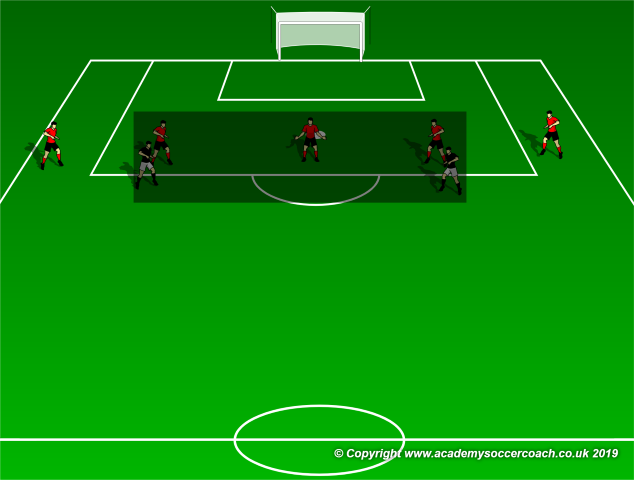 As I mentioned earlier, it is possible to pin other areas of the field instead of only the defensive line of the opponent. This is also possible against the opponent’s forward or midfield lines – it just depends on the number of players within that line. In the midfield of a 5-4-1-0, we have a straight line of 4. This means there are two central midfielders and two wide midfielders. To deny the two central midfielders from easily covering their wide midfielders as the block shifts, the use of an attacking midfielder between these two players would be highly effective. 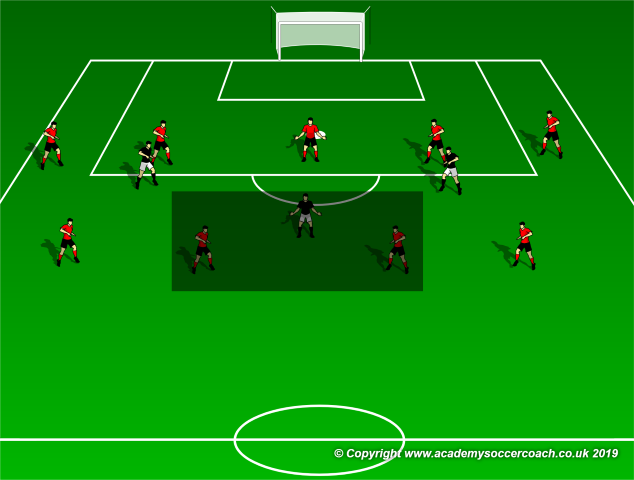 When you put a player in a position to pin the opponent covering, it does not waste their position. It simply makes it easier for other teammates to become free men in midfield, and if the covering player decides to move out to the free man anyway, then the pinning player is free to attack in a higher position. Imagine a central striker and two wingers occupying two central defenders and two fullbacks, when 1 of the two central defenders leave to cover their teammates regardless of the striker’s pinning position, then the striker and both wingers have a 1 vs. 1 situation in a large amount of space to break through.

If we follow the principle of using as few players as possible, as many as needed in the first lines of the build-up, two central defenders and 1 defensive midfielder are enough to consistently bypass the 1 striker of the opponent who is focused on man-marking the defensive midfielder. 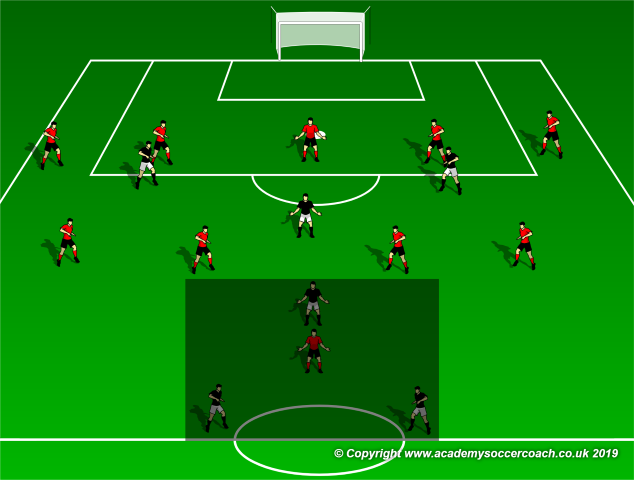 To occupy the wingbacks of the defensive line of 5 and fill the principle of maintaining a structure across the entire field, the two fullbacks can push high up the wings. 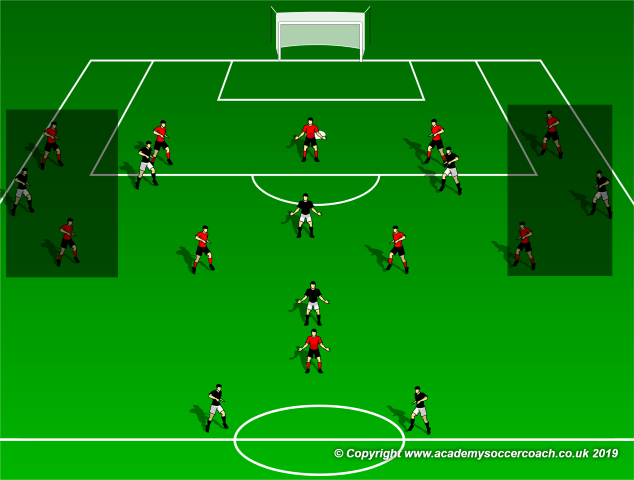 It is also possible to use players on the wings in possession while the fullbacks push into the middle. This would make it more difficult to play his central midfielders though, as then the team has two wingers, two strikers, two inside fullbacks, two central defenders, one defensive midfielder, and only one attacking midfielder. It is not outside the realm of possibility though.