Welcome to the Goalkeeping Newsletter. Today’s featured activity works on reacting to runs in the box.

Start with a keeper in goal, a player on the end line at the corner of the 18 and two players ready to make runs. 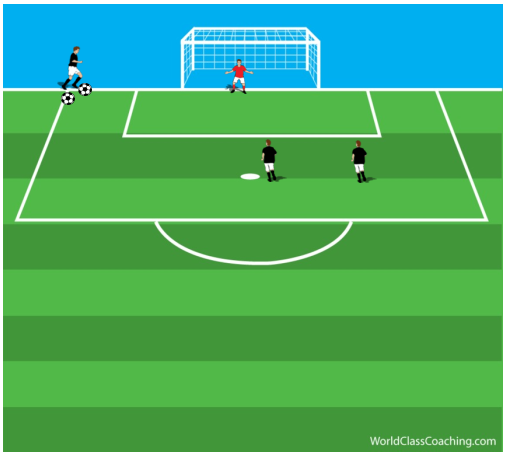 The players start their runs and the player on the end line drives the ball toward one of them. 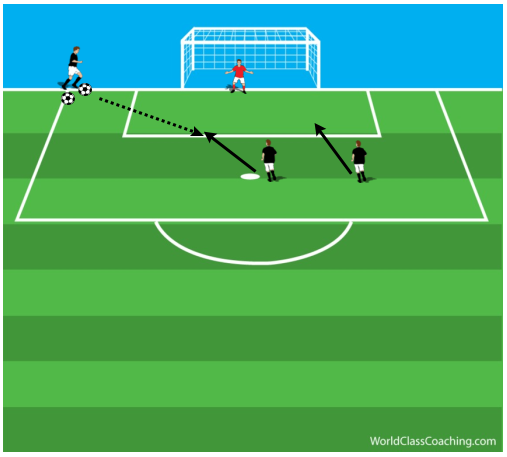 The player receiving the ball only has one touch so simply tries to redirect the ball toward goal. 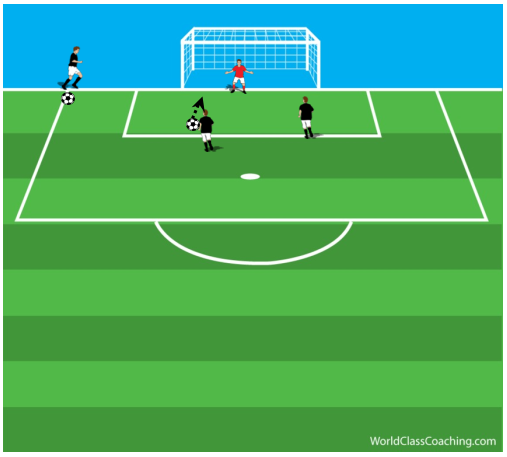 The keeper reacts and makes the save. 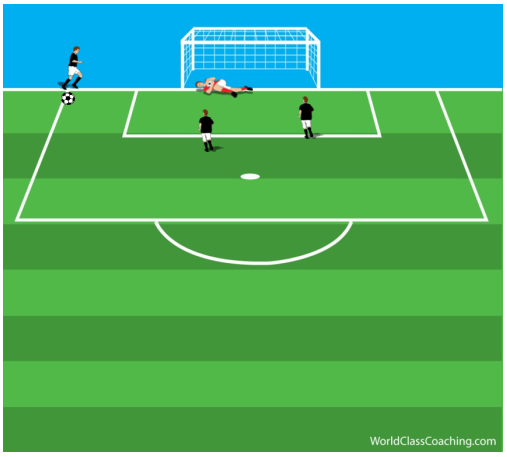 The ball can also be played to the other runner. 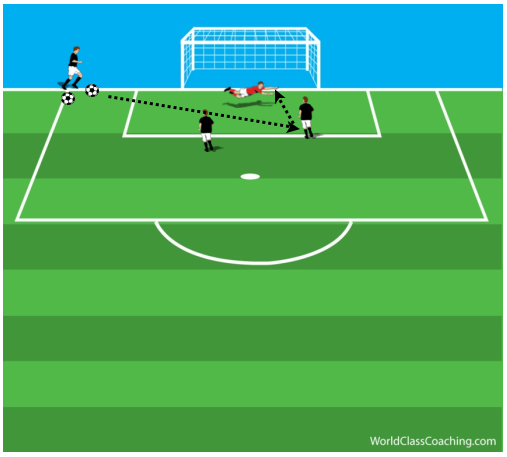 If the keeper can get to the ball first he also has the choice of intercepting the pass. 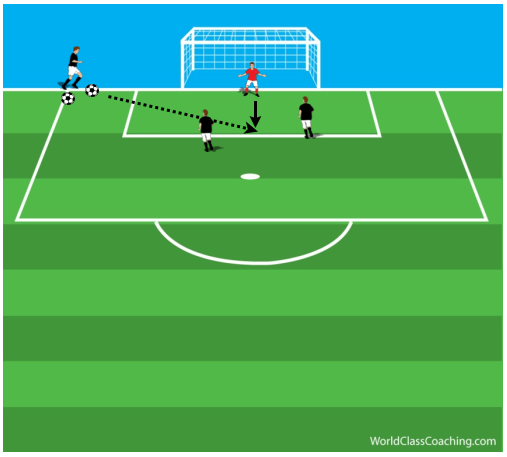 The thing to remember in this activity is this is not a shooting activity but rather the players are trying to redirect a driven ball into the goal and the keeper is trying to react accordingly.

The field players should vary their runs so the keeper sees different options. Occasionally the ball can be served in the air, as a lofted ball, so the keeper can prepare for that as well.

One other option you can add in (after doing this for awhile) is to allow the player on the end line to dribble down the line toward goal. This will force the keeper to go toward the near post and changes all of the angles. 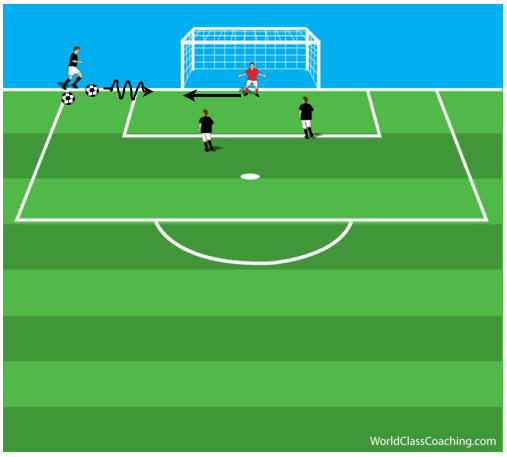 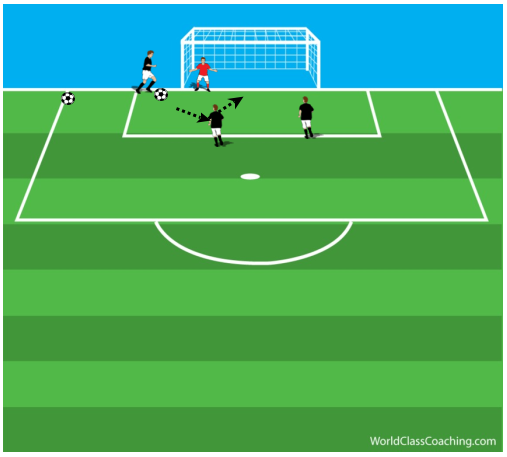 The more different looks you can show the keeper, they better prepared they will be for a game situation.