Introduction: Moments of transition are crucial for many teams with the aim of getting advantage of the disorganised state of the opponents and hit them back on the break before they are able to recover. Being organised and ready for the negative transition is called preventive marking. Preventive marking involves having players in the correct strategic positions to prevent the opponents from breaking our defensive lines and create goal-scoring opportunities.

Location on field: Anywhere but especially in midfield and attack.

Principle of play: Have support and cover during the construction and incision phases of the build-up. 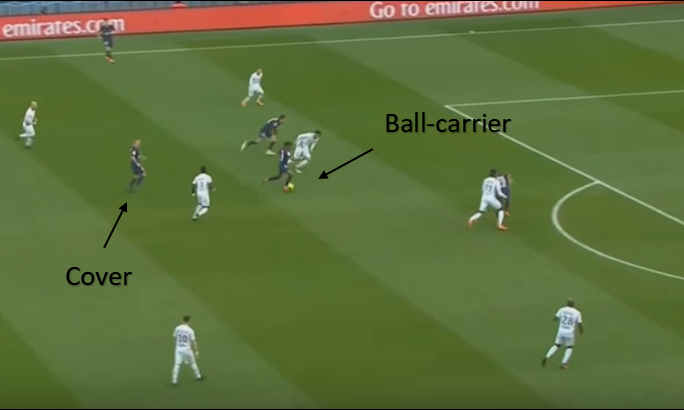 Figure1: Cover behind the ball carrier to be able to apply pressure on the ball immediately if possession is lost. 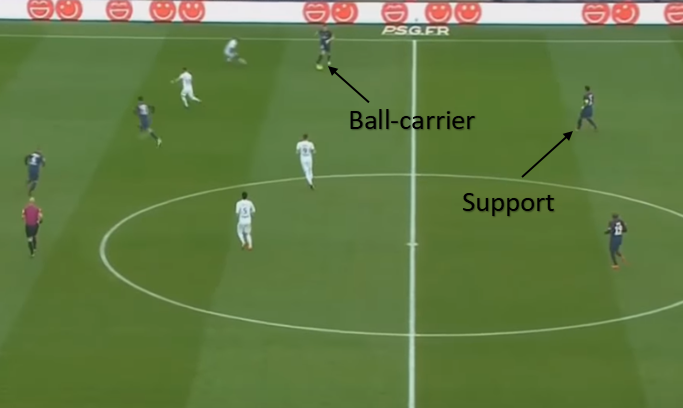 Figure 2: If penetrating options are off, ball can be circled through the supporting player so to keep possession. 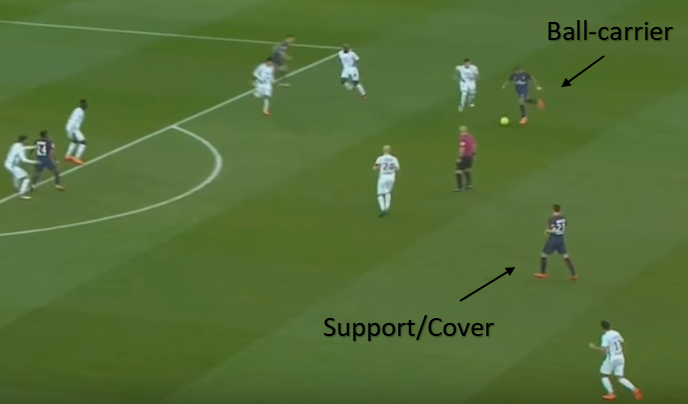 Figure 3: Support behind the ball carrier enables the team to keep possession and shift play. Also if the ball is lost, the team has players that are in position to apply pressure immediately and prevent the opponents from gaining depth. 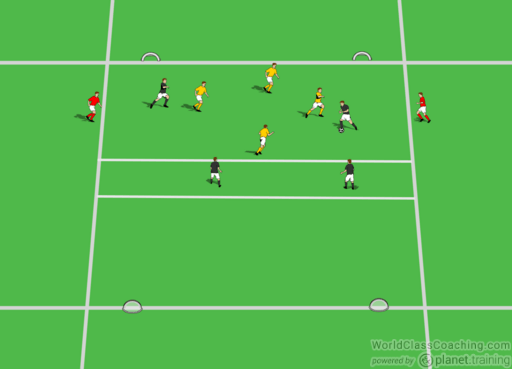 Description:
Normal game where each team defends two mini goals and protects the opposite two. Attacking team must leave two players in the central zone. Only two players from the attacking team are allowed this zone. These two players are support/cover players and their aim is to prevent a quick counter-attack by the opponents, by either applying immediate pressure on the ball or delay the attack. The two flank players play for either team in possession of the ball. Start the first variation by not allowing the defending team to put pressure on the two attackers inside the central zone.

Training day in the micro-cycle: Endurance (3 days before a match)

Philip Joe Cauchi works as performance coach in Malta. He holds a UEFA A and a UEFA A Youth Elite coaching licences as well as a B.ed (Hons) in Education with Physical Education and is also a qualified football conditioning coach.

Possession Until You Can Play Forward