Question - How do I beat a team that "parks the bus"? I have a state high school tournament this weekend and the first two teams that we will face have a tendency to defend with 8 or 10 players. Thank you for your help.

The aim must be in one way or another to draw out your opposition to make it easier to create chances. One key to doing this is to strike first and strike early. This means that as soon as you recognize your opposition are parking the bus you need to attack them with intent as if it is the last minute while maintaining some stability at the back. (This may include leaving defenders back with a deep lying playmaker who conducts the attacks from deep). The advantage of doing this is that getting an early goal will force your opposition to come out of their defensive shape in order to try and level the score, this will open up spaces for your players to score more. Also early in the game often the defenses are unsettled (they often settle into good shape later in the match) and wave after wave of intense attacks may be too much for them to handle which should lead to your side opening the scoring.

Another key to drawing out your opponents is the more patient approach of ball retention and circulation. This approach involves making the pitch as big as possible by instructing wingers and/or full backs to hug the touchline when in possession of the ball. This forces the opposition to make a decision whether to come out and mark them – which would leave space in the middle – or stay in their shape which allows those wide players lots of time on the ball. The other element is to keep possession of the ball in areas which will naturally mean that the team shuffles over to the side before switching the play to the other side which will make them shuffle across again. Repeating this over and over again will eventually tire the opposition over the course of the game, which will mean they are slower to shuffle across and shut off the space. This requires intelligent players to realize when this is happening and know when to go in for the kill, which consists of making runs and killer passes. This is particularly rewarding as it pays dividends late in the match leaving next to no time or energy for your opposition to reply.

Another approach is to be reckless in possession. My point is that defensive teams will create chances against you on the counter meaning that at some point they do come out. So if you employ the admittedly risky strategy of inviting the opposition to attack you believing they have a chance to score you can beat them at their own game. If you can successfully soak up the pressure the transition will give you the opportunity to hit their defense with speed while they are vulnerable without their cover. Too often we witness teams that play against extremely defensive sides squander the opportunity to counter attack their opposition instead choosing to keep possession allowing their opponents to get back in their shape. It is imperative that teams recognize the chances the transition will throw up as they are rare in that the team will not be in their defensive shape.

Training activity for playing against teams that park the bus: 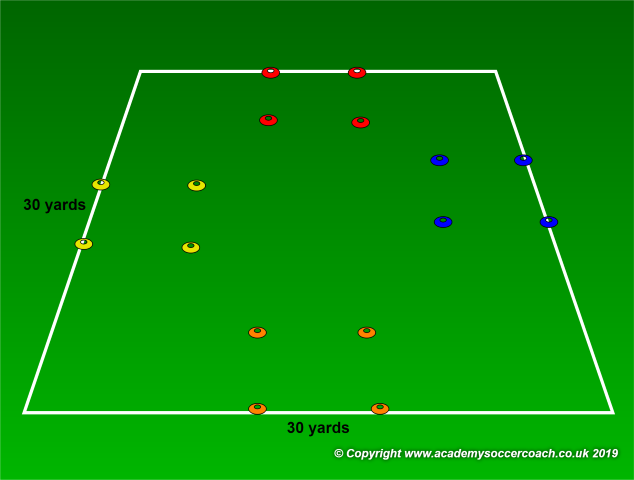 Players play 6v6 in the area with 4 neutral players; one in each box. 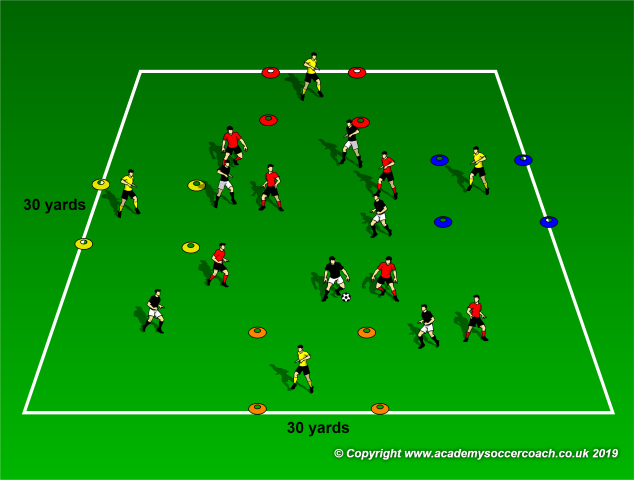 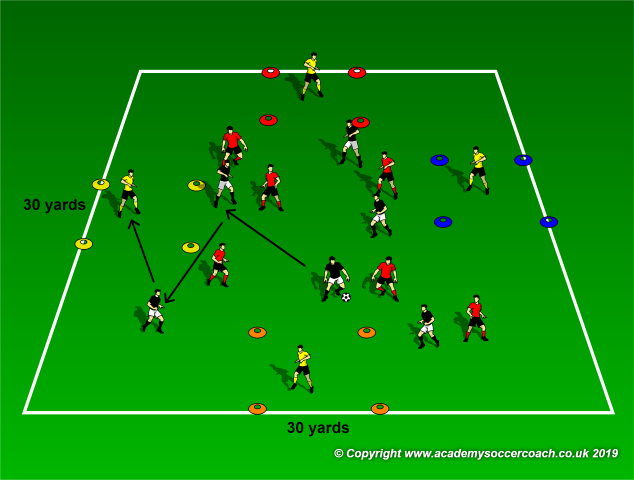 1. Play starts with one of the teams who must start to try and link up play.
2. At first the ball can come out of any side of the box including the side it went in. 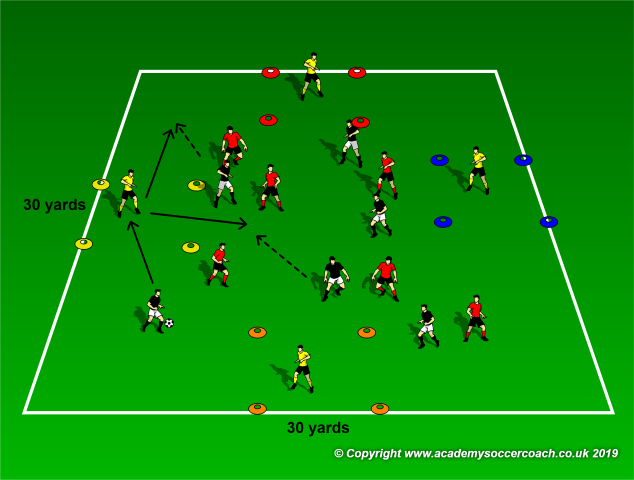 3. In the progression the ball must come out from a distant side to the one it went in.
4. Players must read the pass and give options to make it easier for the pass. 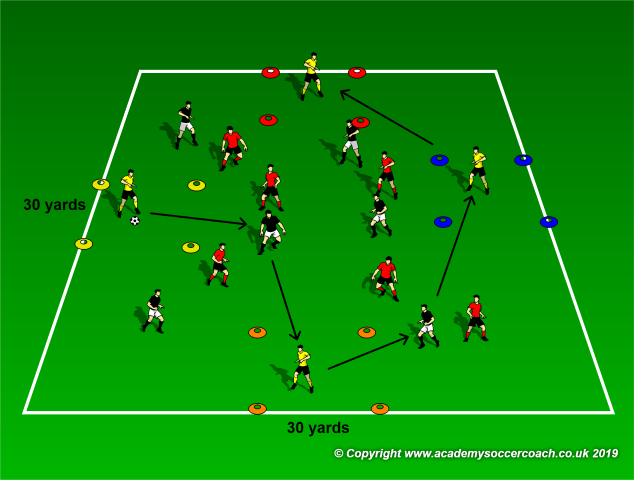 5. The ball must go to all the players in the boxes to win the game.