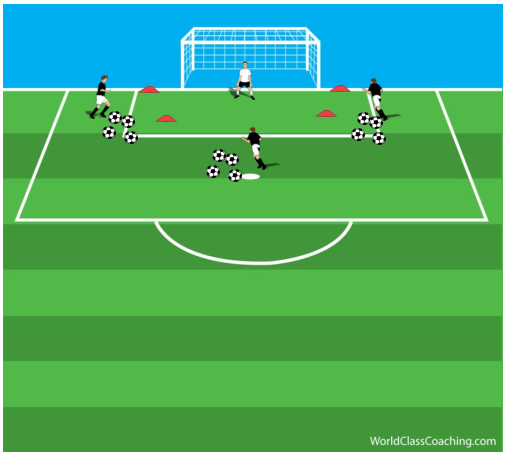 Keeper should start just in front of the goal line. On command Keeper should position themselves to deal with the shot by sprinting in to the small coned area. Start left to right and have the players vary serves with volleys, half volleys and off the floor strikes. 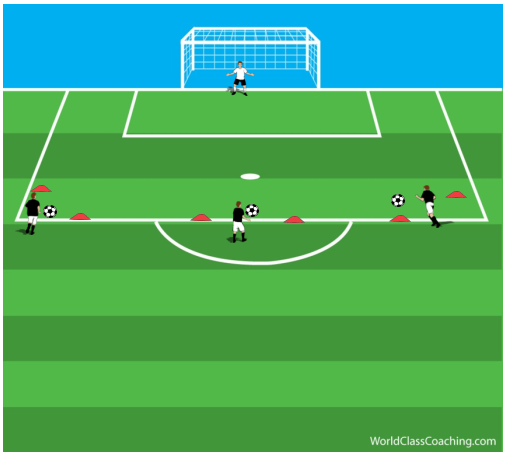 This is similar to the first part of the warm up just in a larger area and shots are taken off the ground. The coach will shout a servers name or number and they must have a touch or two that takes them through the first gate and then strike. 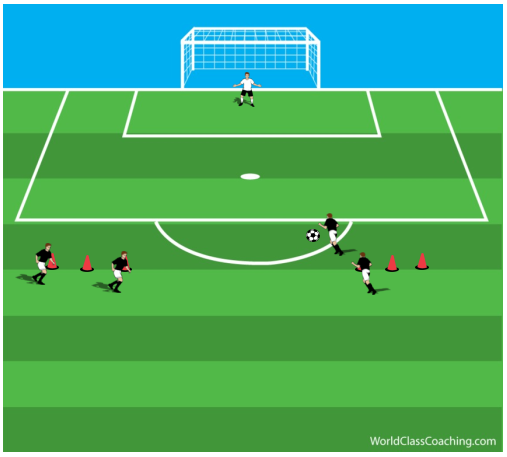 First player starts by dribbling past cones, Keeper must follow the striker’s movement as if the striker was going to shoot. Strikers must take a shot before the 18 yard line. The second player will chase and apply pressure to the striker. 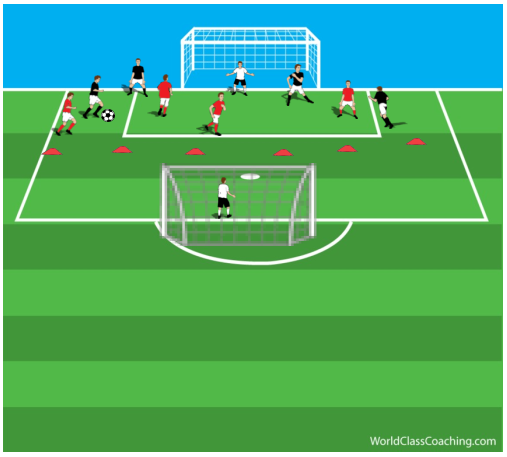 4 vs 4 in the 18 yard box. The players must compete in half the area after 3 passes the team in possession can break into the free box to create a one on one with the Keeper. Play then restarts in that side of the area to give both Keepers chances to make saves.