The passing practice in fours can be modified and used to develop multiple conditioning outcomes. Modification of this exercise shown below is focused on developing speed and agility. This physical component is required in 1v1 situations, during transition phase as well as in scoring and finishing scenarios.

Set up and directions:
Organize number (3) of rectangles as shown on the diagram, depending on the quantity of players. Divide players into groups of four, with each group having two balls. One player should be placed on each end of the rectangle and two players in the middle. 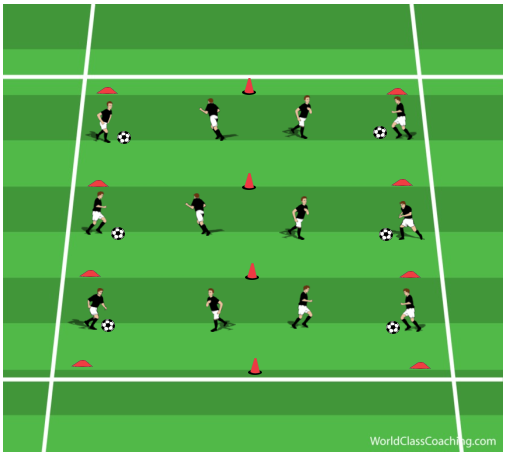 The simplest variation of this game requires middle players to show up for a pass, ask for a ball, play one-touch pass back to the outside player and repeat action on the other side. Type of pass can be varied (header, aerial, left/right foot). Each repetition includes a player playing one-two with both outside players.

As a progression, middle players ask for the ball in the central area, both receive it 180 degrees at the same time, and pass to the opposite player. Single repetition include two actions of the player (ball returns to the same outside player). This progression can also involve competition: which player will be the first to transfer the ball to the other side? 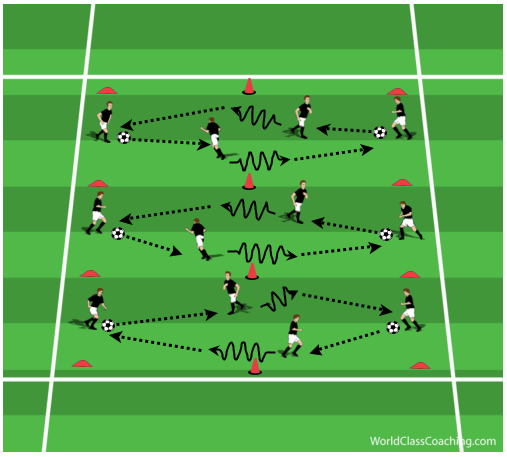 To focus on the ability to change direction without the ball, after each pass player sprints to the nearest cone and changes direction towards the opposite outside player. 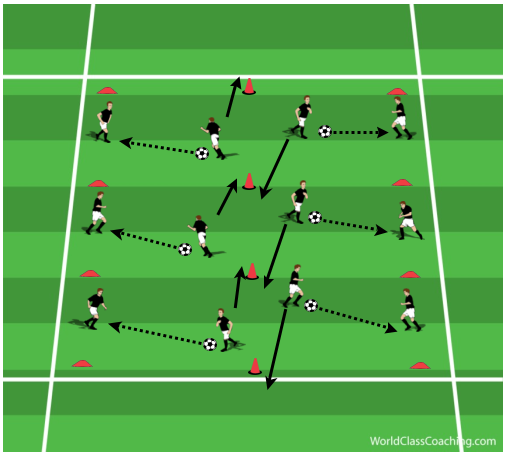 As shown below, after the change of direction, player sprints to the opposite player in order to receive the ball and repeat the action on the other side. 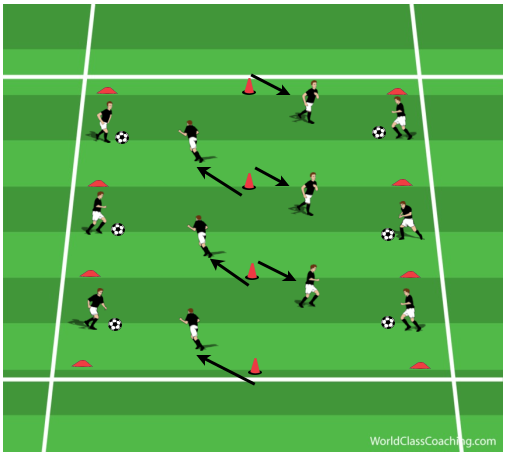 Timing:
Each repetition should ideally last up to 6 seconds and be repeated 4-6 times in each of 1-2 series. The intensity is required to be 100%. Resting time between repetitions is 1 minute, while between series – 4 minutes. That time (both between repetitions and series) can be used to do the same exercises, however, on the low intensity. Also, other technical work can be done.