This exercise is focused on improving Anaerobic Power which is required for acceleration and speed qualities. ‘Numbers’ game is appropriate and fun for almost any age group and ability level. Apart from physical area, it also focuses on 1v1/2v2 or 3v3 attacking and defending scenarios. It can be also used to develop skills needed to deal with underload (1v2/2v3) and overload (2v1, 3v2) situations.

Set up and Directions
Set up a pitch of approximately 20x30 yards. Divide a team into two groups of equal numbers. Organise them on each side of the pitch, next to the goal. Each player should have a number. Place one goalkeeper in each goal. Take coaching position as shown on the diagram. Prepare spare balls. 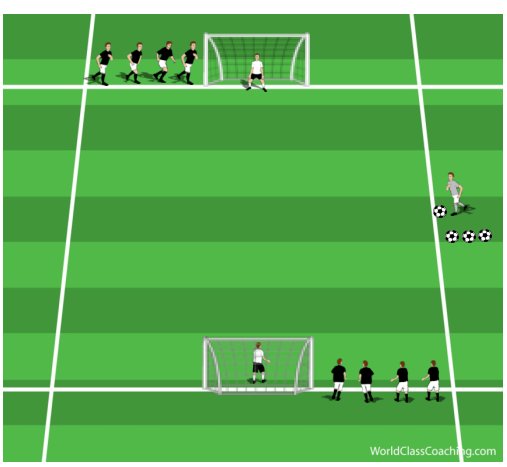 The game starts by coach passing the ball into the playing area and calling a number. Players of appropriate numbers run and challenge for the ball. 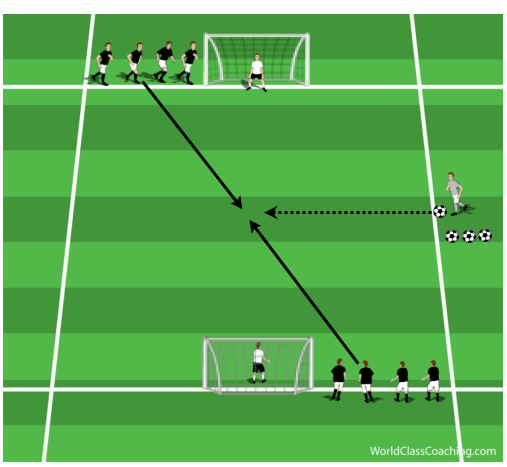 First player to the ball automatically becomes an attacker. The aim is to dribble past a defender and score. Each duel should be no longer than 6 seconds. After that time, the game is over and next players should be prepared. 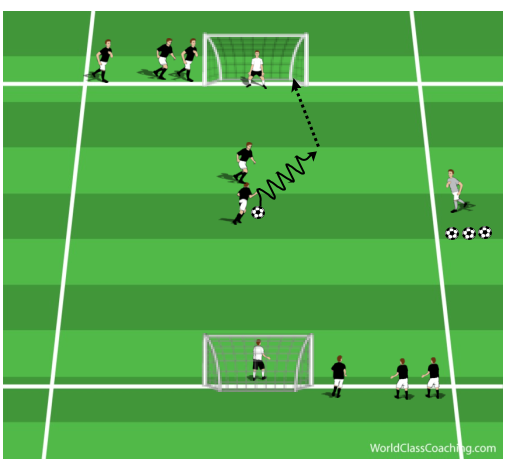 As a progression, after the ball is played in, players should run around cones and only then challenge for the ball. That will increase the sprinting distance and include change of direction. 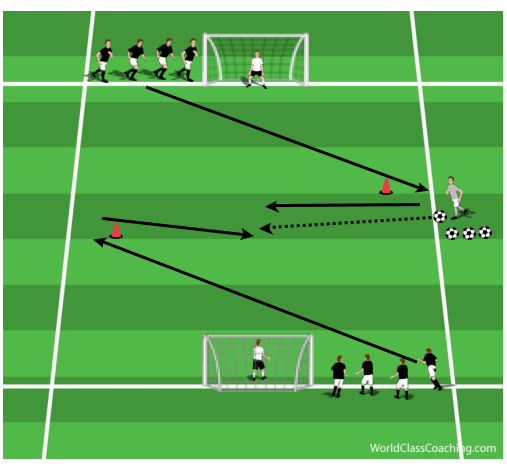 Timing
Each repetition should last max. 6 seconds. That should be repeated 4-6 times in 1-2 series. Rest between repetitions is 1 min. and between series – 4 mins.