The presented practice can be used across all age groups as a fun game as well as conditioning exercise. The main focus is on developing speed and agility when dribbling with the ball.

Organise eight cones in a circle and set min. 2 players on each cone. Every player needs a ball. The dimensions of the circle will depend on group characteristics. Each group has to have a designated number. 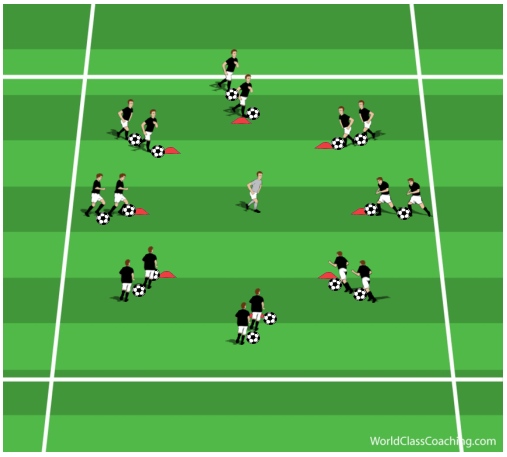 On the coach’s signal, a player from the first group called becomes an attacker and a player from the second group becomes a defender trying to catch him. Players can dribble in a clockwise or anticlockwise direction (agreed before). If the defender catches the attacker, the roles change. 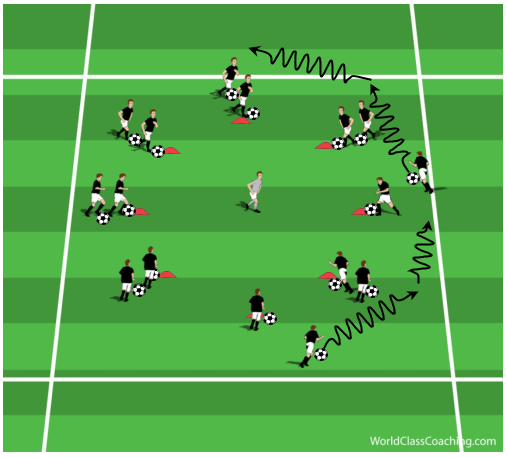 Attacker can choose when to rotate with another player. To do so, he has to stop in behind of the any other group. The first player from that group, becomes a new attacker. As a progression, the rule might be introduced that an attacker can run past max. 3 groups before switching with other player. 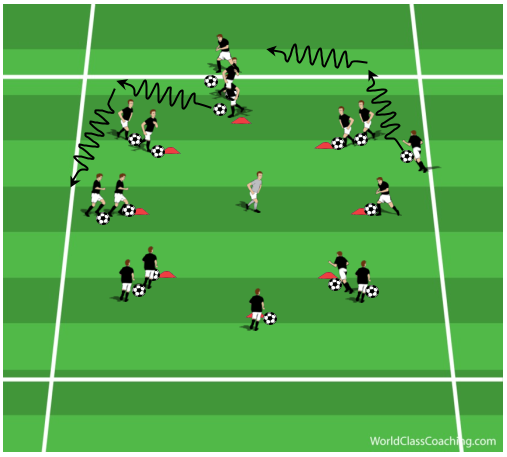 On the coach’s signal, an attacker becomes a defender and a defender becomes an attacker (players are going the opposite way). Quick changes of the roles will help to develop player’s ability to change direction and reaction speed. 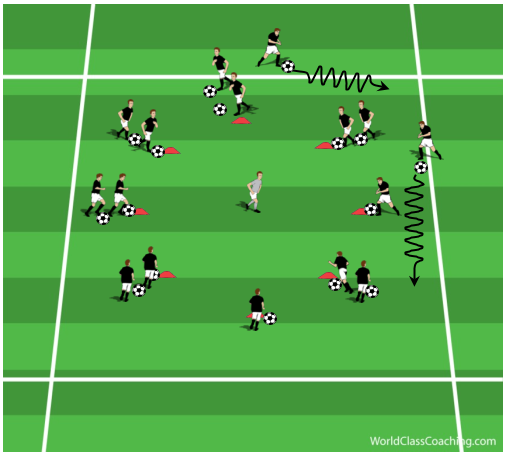 The exercise should last 4-8 minutes and be repeated 4-6 times. There should be a 2 min. active rest in between (used for different activities with one ball each).