This activity works on technique of playing and receiving long balls both in the air and on the ground, first-touch, passing, receiving and striking a driven ball approximately 30 metres. 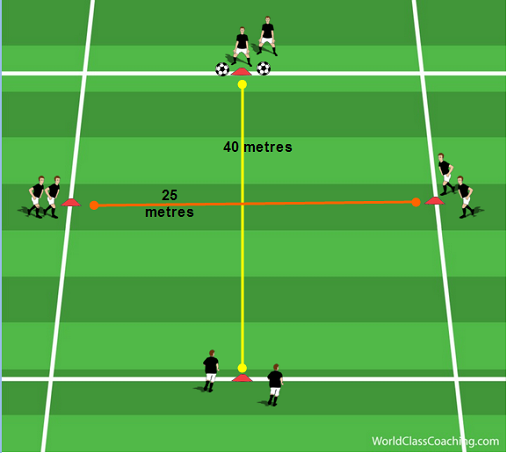 How it Works: The player starting at the top cone starts with a ball plays a lofted ball to the player at the far, opposite cone (bottom cone in the diagram). 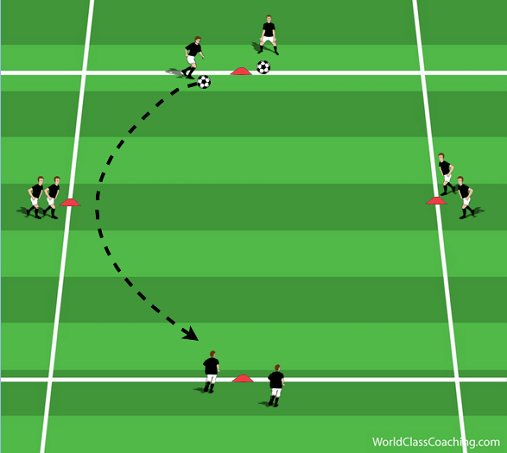 After passing the ball, the player sprints to the back of the line to their left. 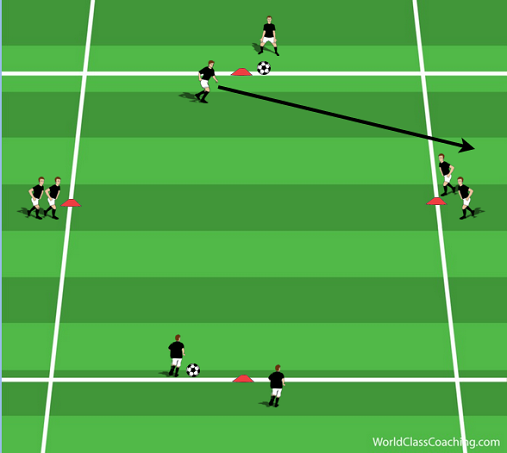 The player receiving the ball plays it with one touch to the player to their right. 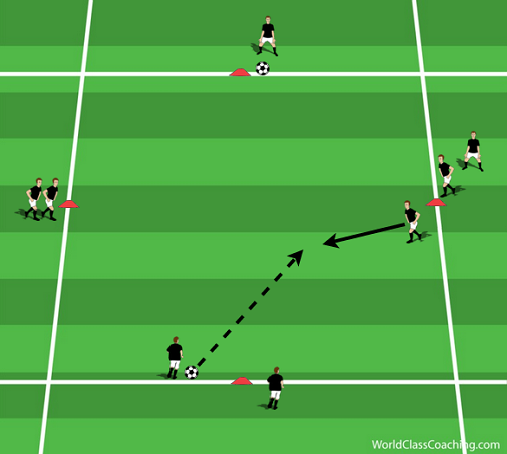 This player then plays the ball with one touch back to the middle as a lay off. 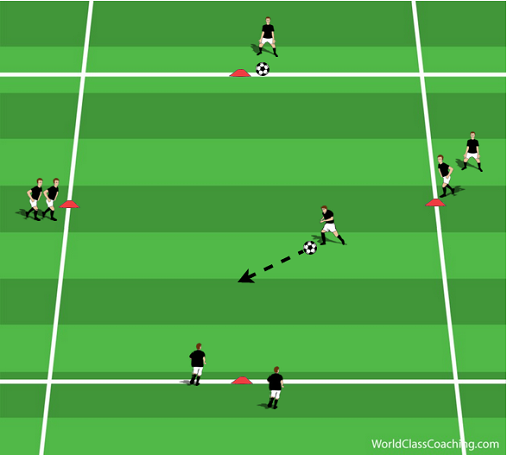 The player who received the initial pass then steps forward and plays this lay-off ball to the original line (preferably in the air) and the pattern continues in the other direction. 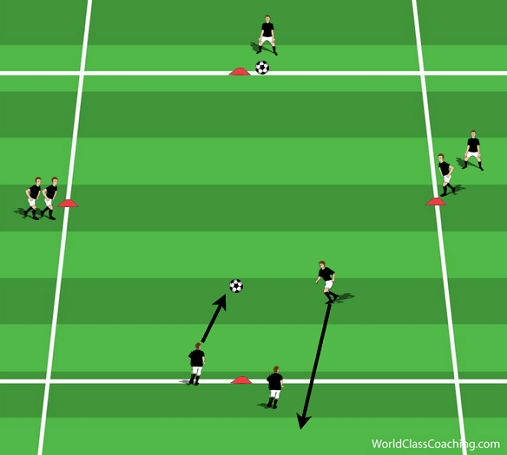 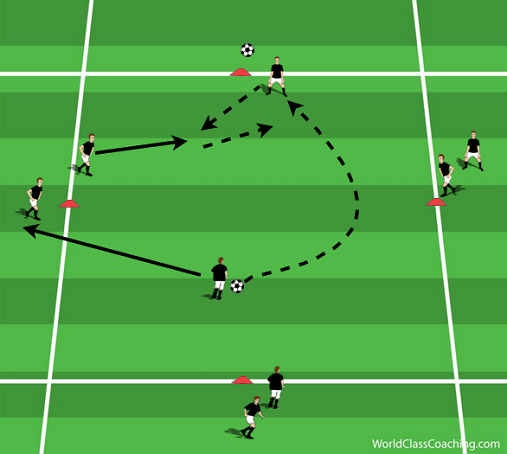 All players rotate to their left.

Progression:
The next-step is to play a driven ball either on the ground or below waist height rather than a lofted ball.