The exercise is focused on improving anaerobic power in counter-attack scenario. This physical component is required to produce actions on high speed and strength. One of the examples of such scenario include 1v1 against the goalkeeper with a defender chasing from the back. Simple organisation and competitiveness of this practice makes it easy to understand and engaging.

Set up and directions:
Set up cones as on diagram. Organize two groups: attackers and defenders. First attacker starts between two red markers. All defenders have one ball each. Goalkeeper is positioned in the goal. Allow relatively big space to run with the ball (depending on players’ characteristics). 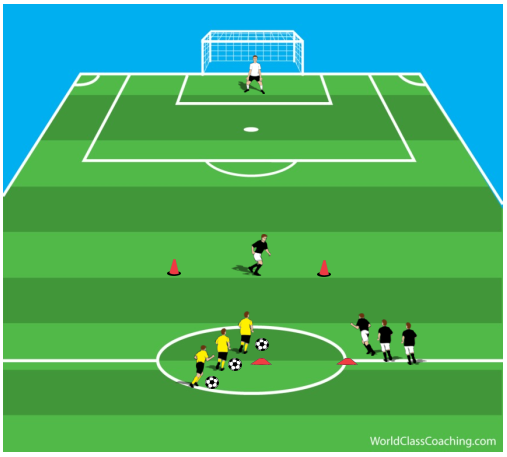 The practice starts with the first defender playing the ball to attacker positioned between two red markers. Attacker receives the ball to turn facing the goal. 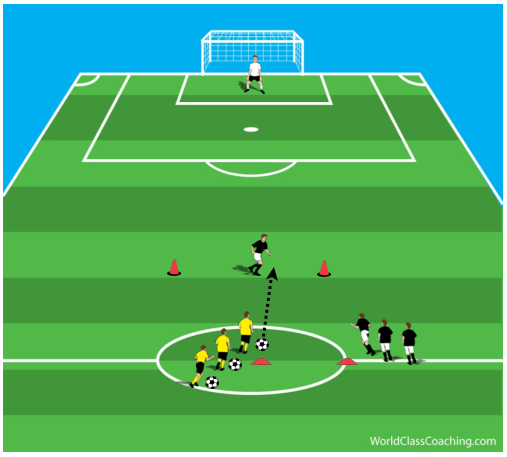 After the pass is made, defender tries to chase the attacker and get the ball off him. The aim of the attacker is to score in goal. 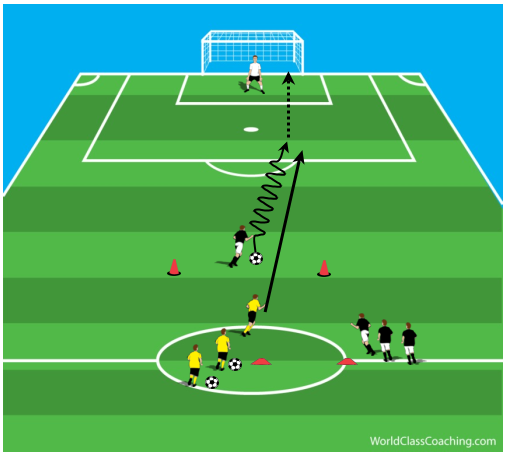 If the defender manages to get the ball, his aim is to dribble through the gate made of two red markers. Next pair should be ready to go! 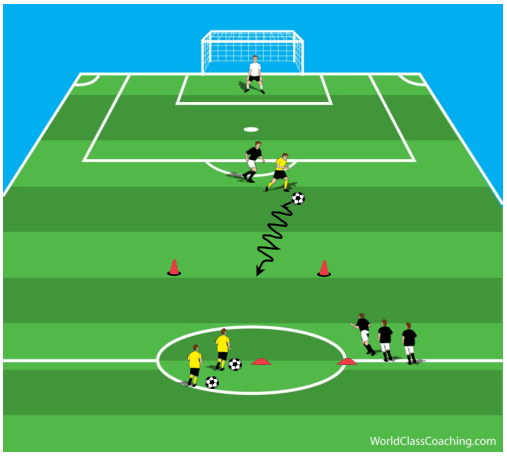 Timing:
The exercise should be repeated 4-6 times in 1-2 series. There should be 1 minute rest between repetitions, which can be automatically managed by adjusting the number of players involved (rest while waiting for the next turn). After each series, 4 min. of rest is recommended.