So close, yet still so far away. Just like in the first leg, Marseille worried PSG but still ended up on the losing end. After a catastrophic start to the match, Michel's players were able to regroup and put up some nice resistance to the Ligue 1 leaders. However, they continuously stumbled against Thiago Silva, who kept the Parisians afloat during his limited time.

At kick-off, PSG is nearly fully-loaded to start. Laurent Blanc chooses once again to go with Lucas Cavani, but must adjust to being without the services of Verratti. He is replaced by Rabiot, who has been filling in for Verratti the last few weeks. Only one change on the Marseille side, as well. Barrada takes the place of Sarr.

From the outset, Marseille’s intentions were clear. In the first sequence of the match we see players trying to defend Michael from advancing and repelling the Parisians in their own half. However, soon these intentions give way to implementation problems that allow the Parisians to take the lead.

As in the first leg, OM wants to block Paris Saint-Germain in the midfield with the combined activity of their midfield and two strikers around Thiago Motta. The problem is that these two lines are not sufficiently coordinated. With the movement of Di Maria and Ibrahimović, PSG crowds the heart of the pitch. This causes two things to happen, the ball travels faster and OM are always behind the play. 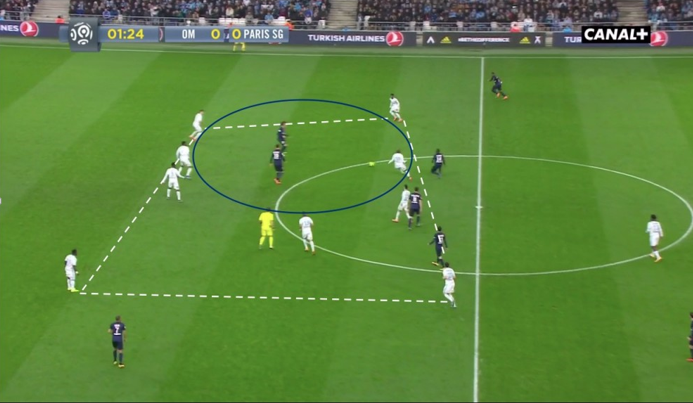 PSG puts a lot of bodies in the heart of the pitch in order to facilitate their movement off the ball.

Many times Cabella and Batshuayi were trying to trace the block while chasing the first Parisian passes. Yet, these races are quickly revealed to be unproductive since they are not supported by midfielders. In turn, PSG is able to get the ball out quickly from the first 40 meters.

This lack of cohesion is also found in the midfield of Marseilles: Barrada and Isla have problems with their positioning, which makes it a little more difficult to defend the Parisians. 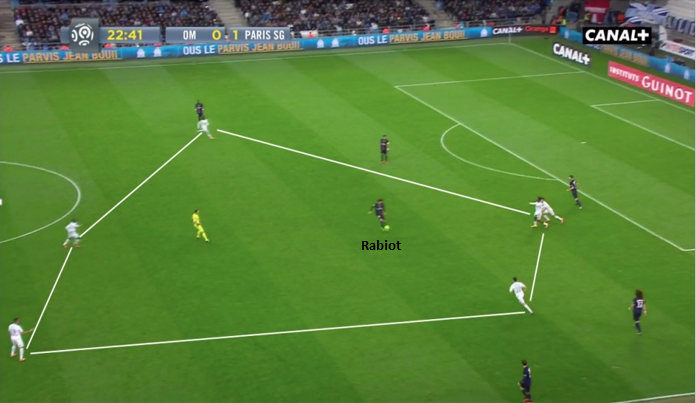 Cabella and Batshuayi crowd the same area while the rest of Marseilles does not follow, which allows Rabiot to move the ball easily. 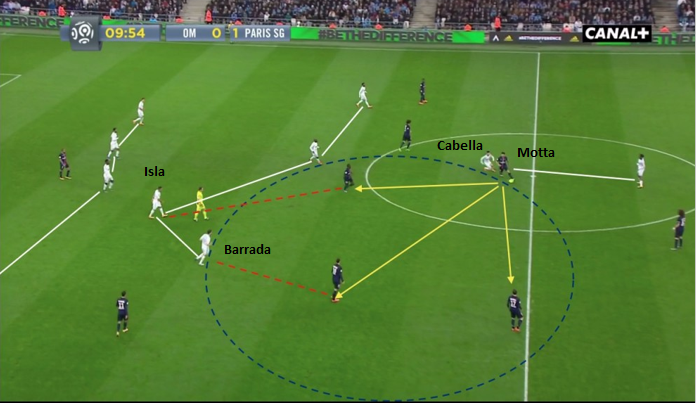 Motta avoids pressure from Cabella and ends up with three different options. Barrada and Isla are too far from their marks.

The other problem is their management of depth. Already having been beaten on the first goal, the Marseille defenders fail to control the pace Di Maria or Lucas Moura. Each time the Parisians have the space and time in the midfield to raise their heads, they look for these two.

This pattern is repeated three more times until the break. First Matuidi puts Di Maria in but he begs just wide in the 10th. Four minutes later, the Argentine finds Rabiot in behind, but the service is not good. Later, in the 32nd minute, Lucas finds space in behind, but as always is without success.

Further proof of Marseilles’ alignment problems, came in the form of the assistant referees, who only raised their flag once for a Paris offside. On average, the Parisians are reported 4 times per match to be in an offside position. 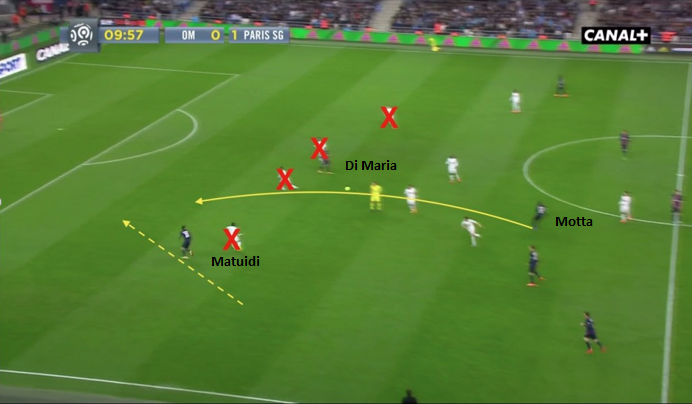 Ball served by Motta to Matuidi in behind. Di Maria is providing depth, but he is also covered by the Marseille central defense. 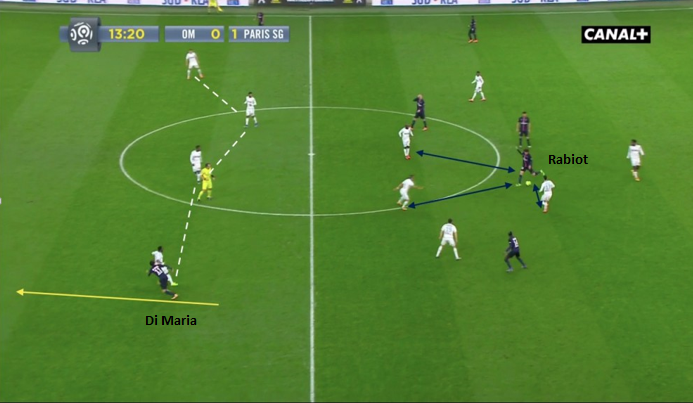 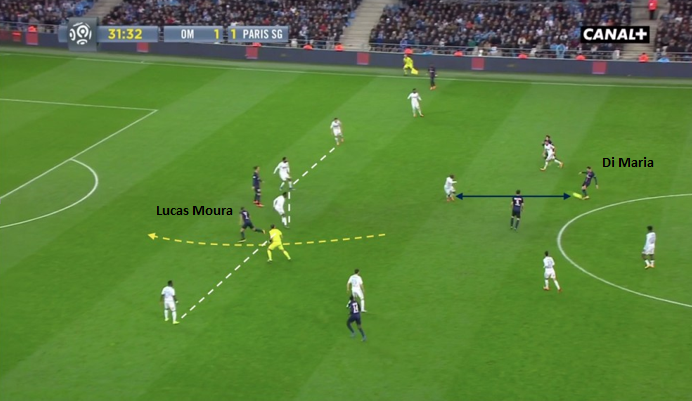