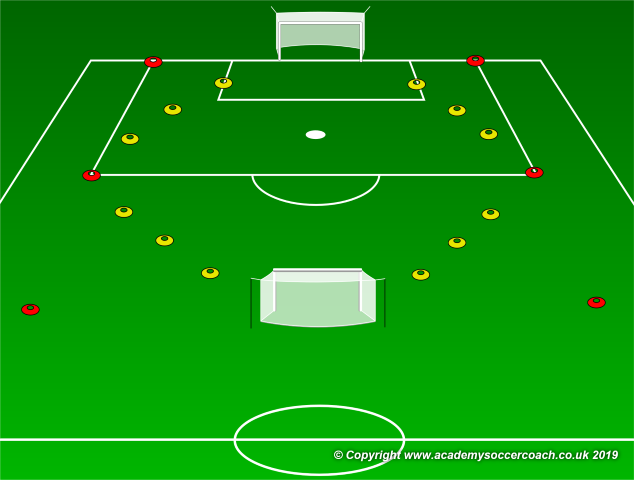 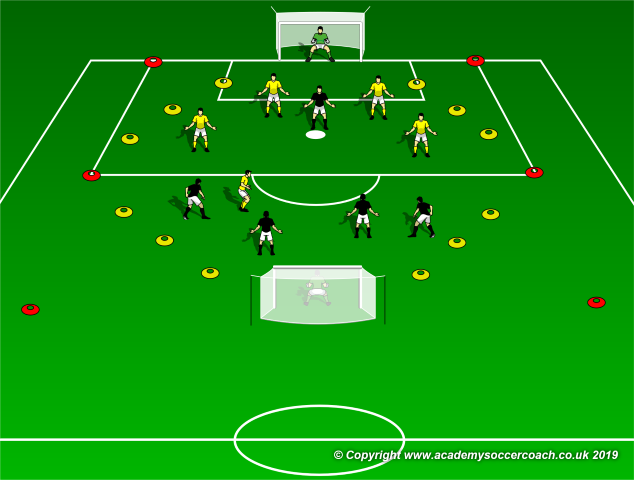 Execution:
Play 6v6 with each team attacking a goal.
Play begins with the GKr who must roll the ball to a player in the same half.
There is only one player forward in the attacking half.
Players cannot cross the halfway line.
Player in the attacking half cannot score.
Players can only score from their own half.
Attacking player looks to intercept or gain rebounds and recycle to their own half.
If ball goes out of play, play restarts from the other GK. 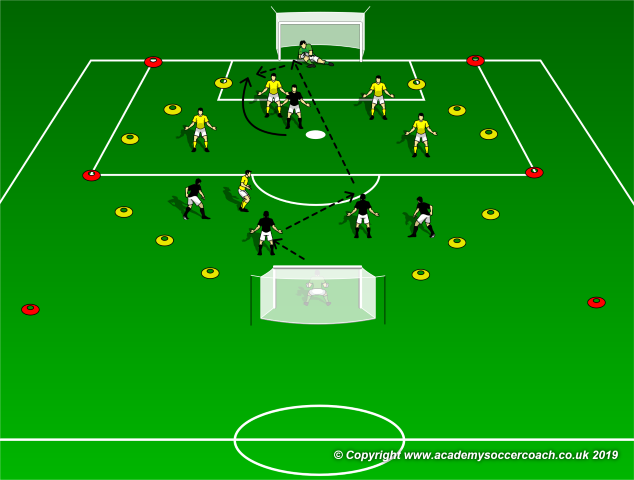 Variations:
1. A second player goes into the attacking half. 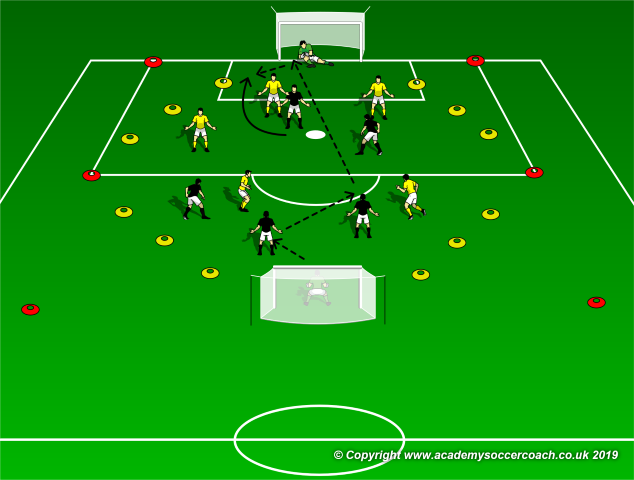 2. Attacking players can score from the attacking half if the last touch was from an opponent, i.e. rebounds, interceptions.