For this set piece players line up diagonally across from each other at the top of the 18 while facing each other to start. A player lines up on the near post, as well as the back post, to stretch out the defense as much as possible and force some defensive players to have to stay close to the goal. 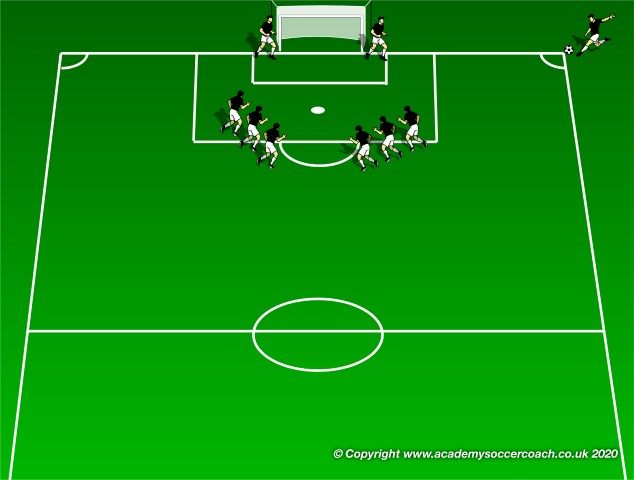 The set play is activated when the kick taker signals with a clap or whatever signal the team is using. The line of players furthest from goal should make the initial run first since they will have the furthest amount of distance to cover. The closer group should let them have 2-3 steps before they make their runs. The crosser should play the ball as soon as the groups intersect, near the pk spot, at the point when the crossing of the lines can create a natural “pick play” against defenders. 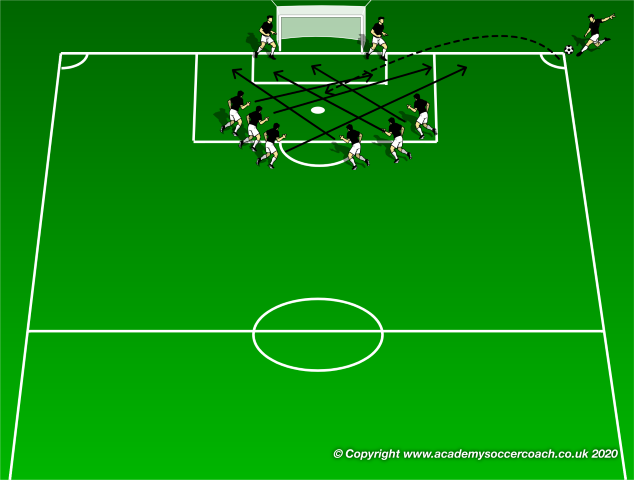 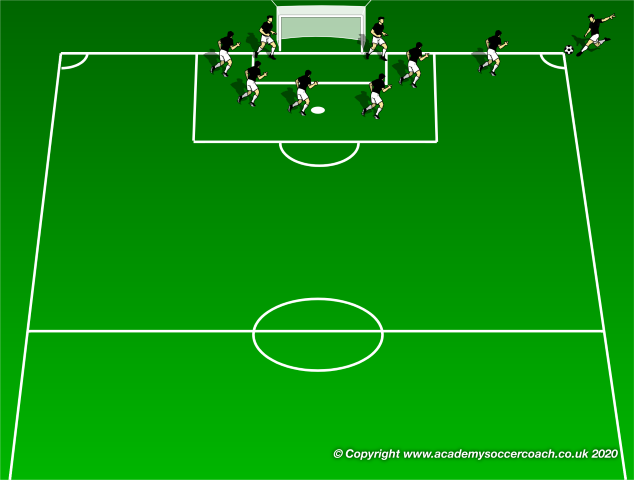