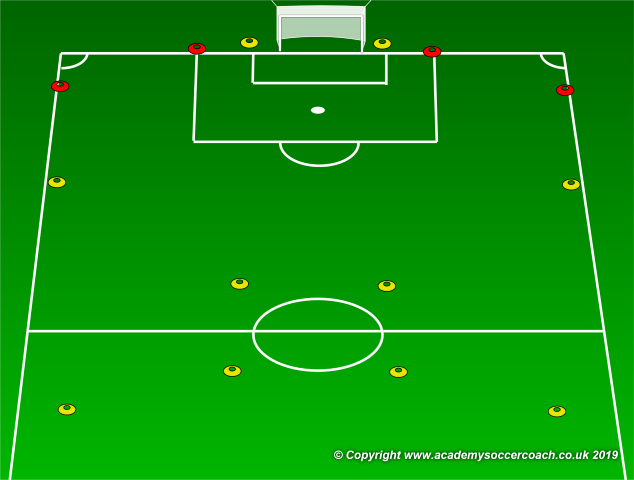 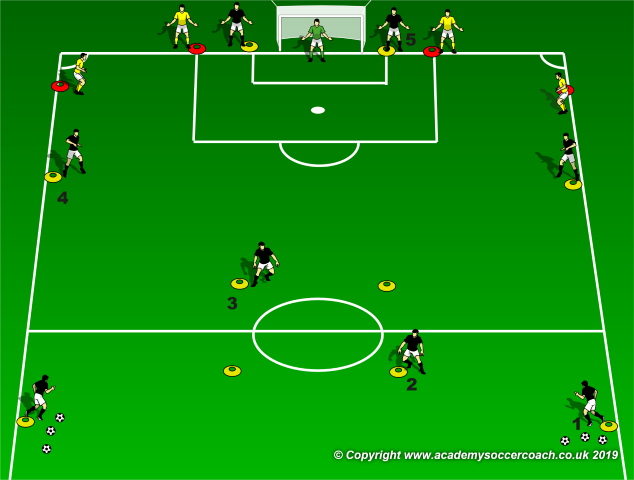 When Player 4 receives the ball, it becomes five attackers versus two defenders.
Play continues until a goal is scored, the Goal Keeper saves, a defender wins possession, or the ball goes out of play.
Players return to their positions, Players 2 and 3 change sides and the attack starts on the other side. 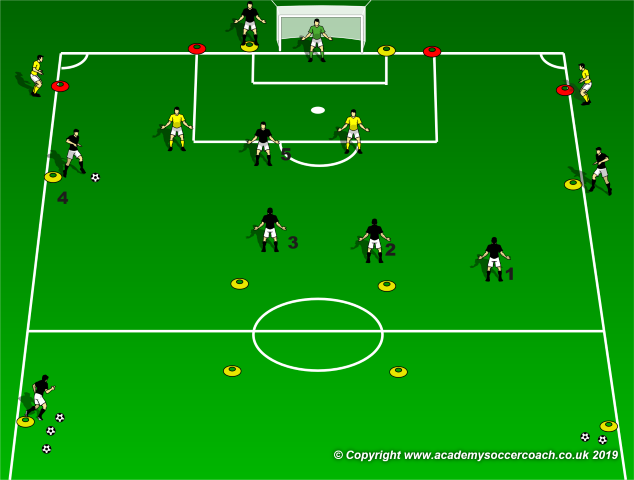 Variations:
1. Players have a maximum of two touches.
2. Five attackers versus three defenders. 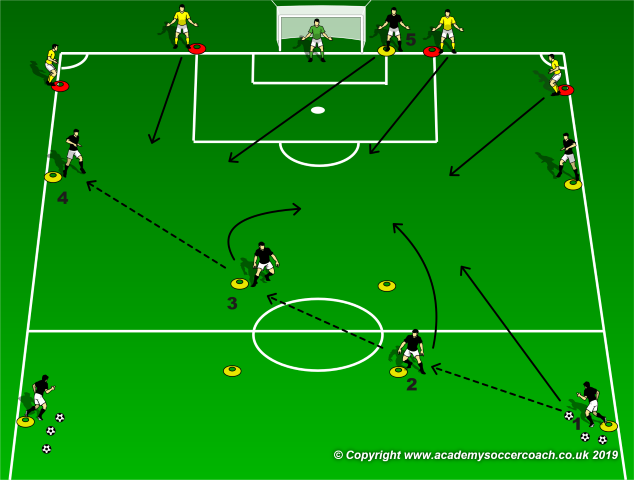 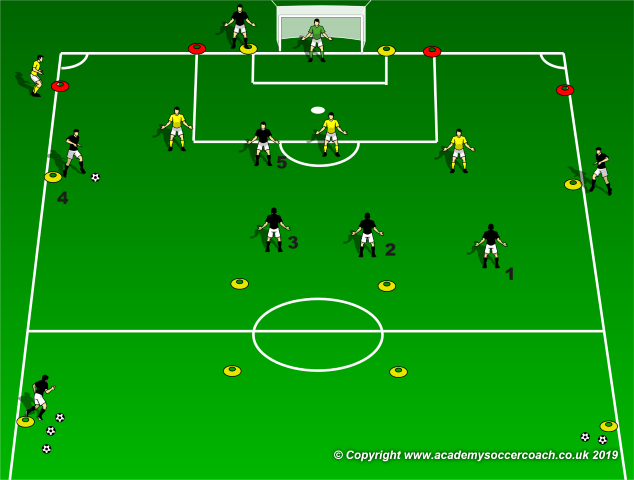 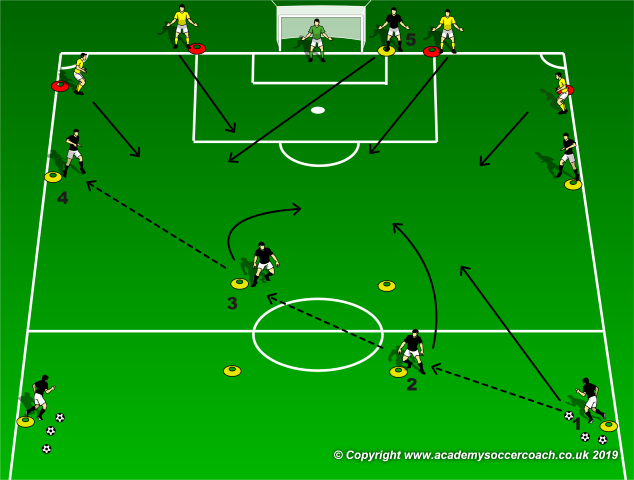 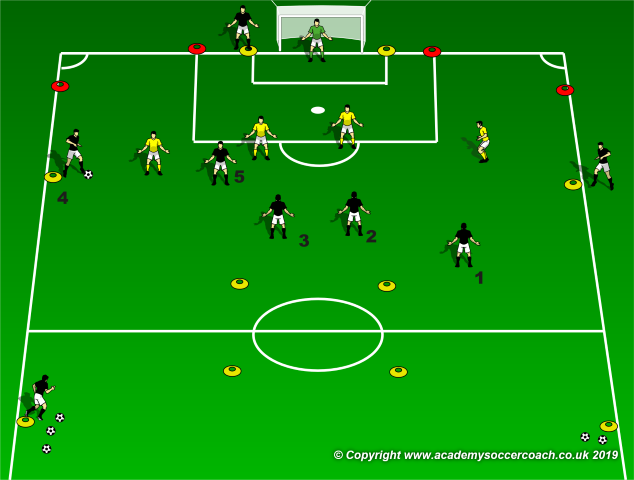