Effective Attacking as an Inverted Winger

An inverted winger if the use of a player on the opposite wing to their dominant foot (a left footed player, playing on the right wing, or vice versa). The obvious benefit to playing with an inverted winger is that it will allow for better opportunities to shoot when cutting inside; but how does a player maximize the number of opportunities to get shots away? How else can they be effective from this inverted position?

First of all, let’s focus on how they can ensure they create opportunities to drift inside and take shots on goal. It may initially sound counter intuitive, but extra width is key. If the winger drifts as wide as possible during their teams’ build up play, one of two things will happen. 1 - The defender will leave them with space to receive the ball to feet and therefore provide an opportunity to dribble at them (and potentially cut inside). 2 – If the defender tries to get closer to the winger during build up play, this could allow space for a well-timed lead-pass (or through ball) for the winger to run on to. This type of lead pass would typically lead the winger inside and therefore on to their stronger foot – a huge benefit of using the inverted winger. 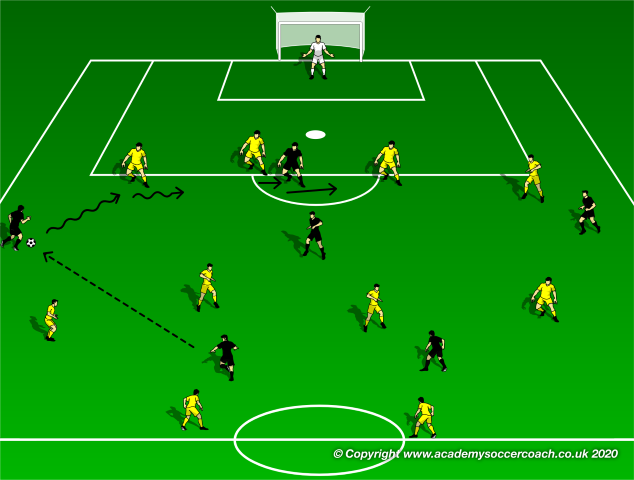 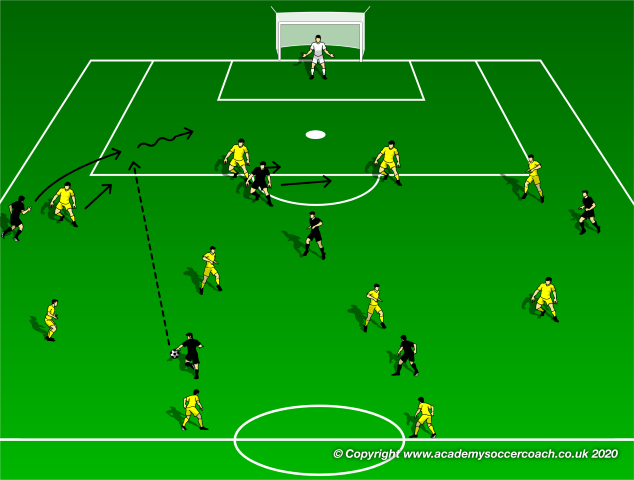 Another huge bonus for the team is the ability to ‘tease’ crosses in towards the far post. If the winger attempts to beat the defender down the outside (as if going on to the wingers’ weak foot), leading them towards the end line before cutting back, then it opens up a nice angle for an inside-curling cross towards the far post. This can cause huge problems for a goalkeeper; they face the decision of attempting to come and collect a cross through a crowd or standing their ground and hoping no one gets a touch. The extra risk for the latter option is if the cross is well placed, it could drift all the way in without a touch from an attacker! In-swinging crosses also get the defenders facing towards their own goal; a place they don’t want to be! 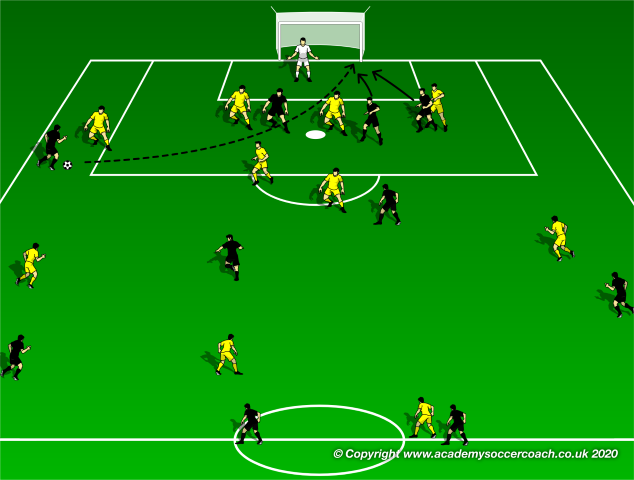 Lastly, when the winger receives the ball to feet, the natural tendency will be to drift inside, toward their dominant foot. This creates space on the outside of them and will allow for overlapping opportunities (think about the current Liverpool squad, with Mo Salah cutting inside and Trent Alexander-Arnold sprinting into the space on the overlap). This can cause overloads for the attacking team and confusion for the defending team. If the overlap draws the defenders’ attention, our winger can continue to drift inside and potentially shoot. If the defender continues to press our winger, then the overlapping player should be looking to receive the ball to continue the attack. 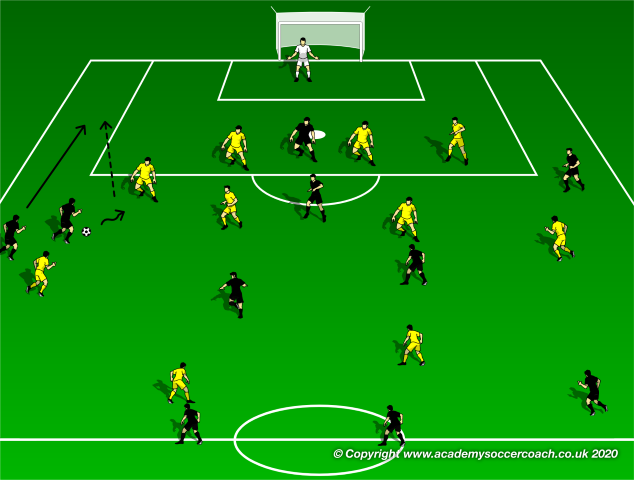 Dan Severn has over 16 years coaching experience in both the USA and England.  He has the United Soccer Coaches Premier Diploma and has taken courses with the Deutscher Futball-Bund (DFB).

Finding Half-Spaces as an Attacking-Midfielder

How to Protect Your Center Defenders With a Holding Midfielder

When and How to Attack as a Fullback

Conditioning With a Finishing Circuit

The Order Game - An Effective Way to Start Any Session