“ Go!!!!”, “ Give them some options, don’t just stand there!” , followed by “ Support!!!”, “ Don’t run away from the play!”. These are some of the most confusing and contradictory instructions players hear. If a player is supposed to always pass and move, how can they also stay in and support possession by not running away from the ball?

The answer is movement and “running” are two different things and once a player understands this the issue of whether to pass and move and/or pass and hold becomes more clear. Additionally, when working with 3 and 4 player combinations, staggering or switching the “running” and holding roles also allows teams to do both pass and move and pass and hold at the same time. 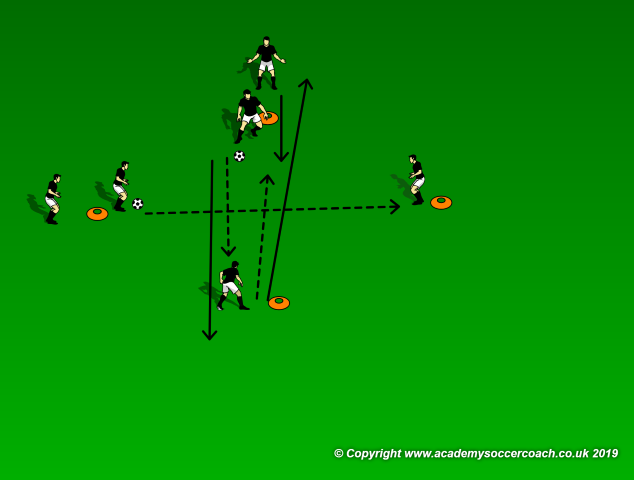 As shown above, set up two passing lines with 3 players each. Players in both lines pass to the player across from them, then follow the pass and get ready to receive the ball back. With only 3 players per line this will happen very quickly and is a great pass and run warm up. 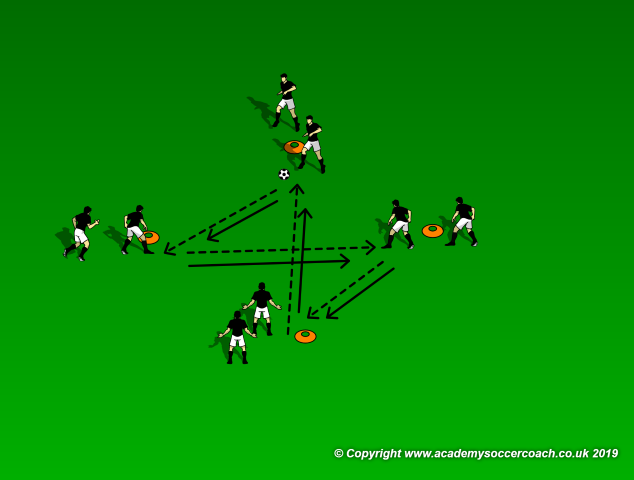 Next, move at least 8 players to each diamond, and have them follow this pattern for passing and movement – Forward Pass, Right Pass, Forward Pass, Left Pass. This will start to demonstrate the difference between a “ run” forward and a “move” to a supporting angle. 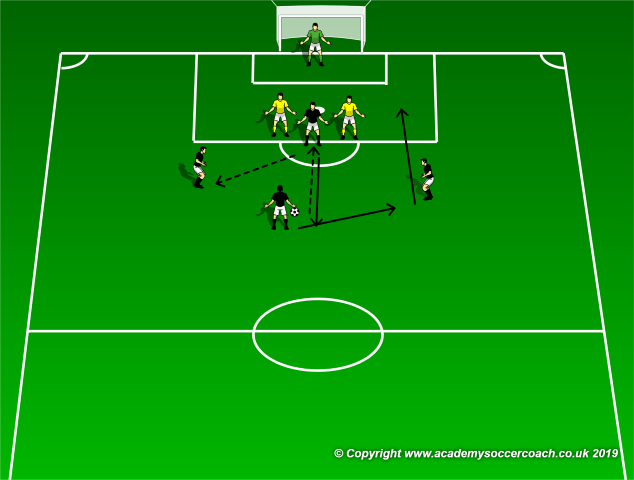 As shown above, move to the top of the attacking third. 4 attackers take on 2 defenders and the keeper. Play starts with an attacker sending a ball forward, then either moving to an angle to support OR making a run forward. The other players have to feed off this. IF the serving player moves to support, the motion is as shown above. IF the serving player makes a forward run, the motion is as shown below: 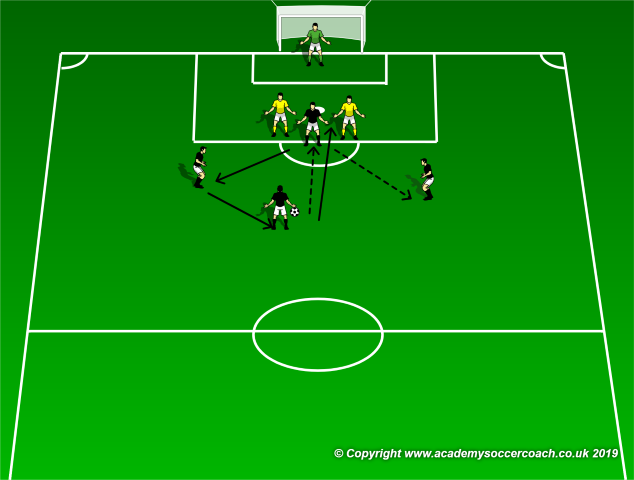 The coach can decide how many touches the attackers get both outside the box before the service/shot and then inside the box to combine. These touch limits can be adjusted as the drill progresses.

Coaching Points
The idea with the entire session is to clarify the difference between running and movement. There should always be movement off the pass, but it does not always have to be a forward run. Ideally, every possession and pass has elements of both. The coach should focus the players on communicating and combining accurately to make this happen. As a final progression to the activity above, the coach can add defenders and attackers to create a half field scrimmage, while again encouraging the 4 players around the ball to combine with both forward and holding supporting movements off the ball.