I have found 3 distinct common developmental categories for initial youth soccer teams. I am talking about the time around 8 to 10 years old when the focus on teams and tactics starts to take hold. What I have seen from a strictly cursory non-scientific view point are teams ( and thus players ) which are very structured positionally, teams which are very focused on individual skill i.e dribbling and teams which possess well but still play very direct. I would love to interject a fourth category: purposeful players- and have had great success doing so with one simple concept – turning team shape.

As a high school coach, I am getting players into my junior varsity system around age 12. Only a few programs in my area actually field enough players to make cuts so there is always a mix of dedicated soccer players who play year round high school and club; players who just play for their school but also in local recreational settings and players who want to come out and learn the game for the first time. Many times I prefer the player who comes to me for the first time and often times find those players surpassing the more experienced players after a season or two. Why? I focus on the purpose behind everything we do with the ball as a foundation. I ask these new players – “ Why would you dribble instead of pass there?” “ Why would you just bang the ball away there?” “ Why would you rush the shot there?”

What players do with the ball is more about how they are making their opponent react and thus what they are creating, than anything else. IF players understand this first, and are looking for the “why” in every situation, then their true creativity through decision making can enhance what they have learned in one or all of the previously listed categories. This training exercise, which can be used in the game as well, covers every aspect of adding purpose. 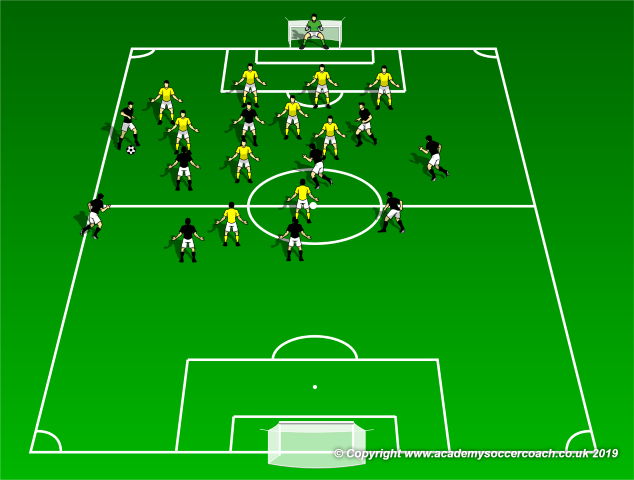 Above is a team attacking in a 4-3-3 versus a team defending in a 4-4-2. The shapes here aren’t as important as the concept – “ What is the team in possession doing to move the defenders out of the way? ” Beyond creating chances where the attacker is 1 v 1 with keeper, what about being 1 v 1 with an open net? For me “it” is about how are we making the opposing back line move and then, are we making the opposing forwards drop into midfield and help instead of receive balls cleanly? This can all be done by turning the shape: 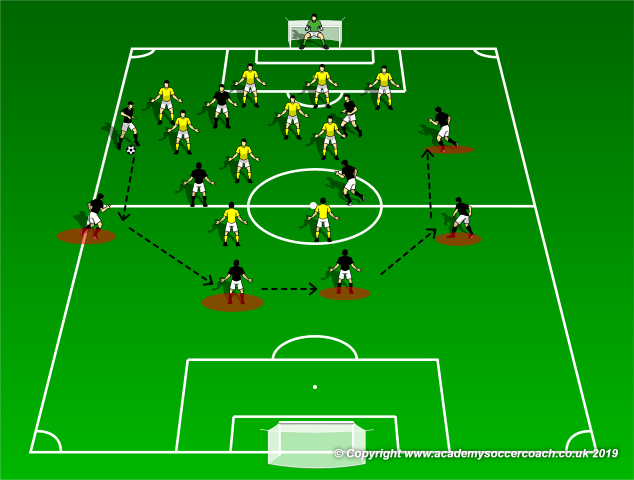 Can you see the 2-3-3-2? Starting with the player with the ball as the back line going laterally across the field – 2-3-3-2 – with several open players. Build into it like this: 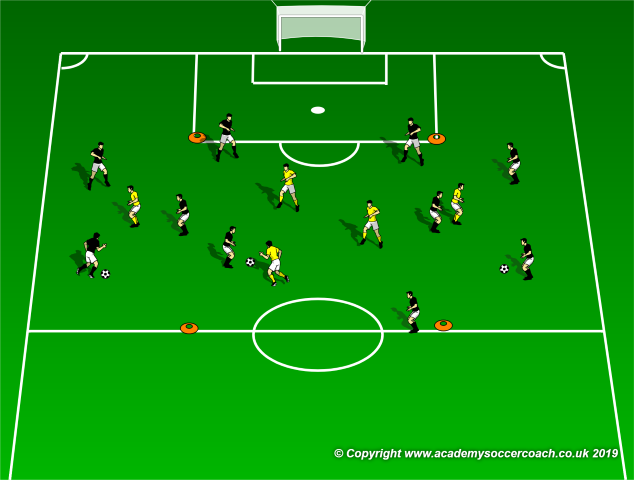 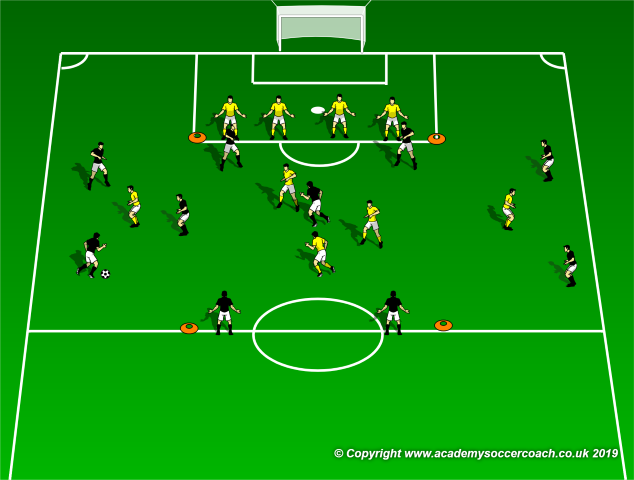 Now have the attacking side play 10 v 9 with one ball and the same set up. The attacking team should have a pass goal set – 10, 20 even 30 consecutive passes as initially the back four defenders must stay inside the box. The coach should focus them on communication as it is important to have them ready to be “ released” in the next progression. 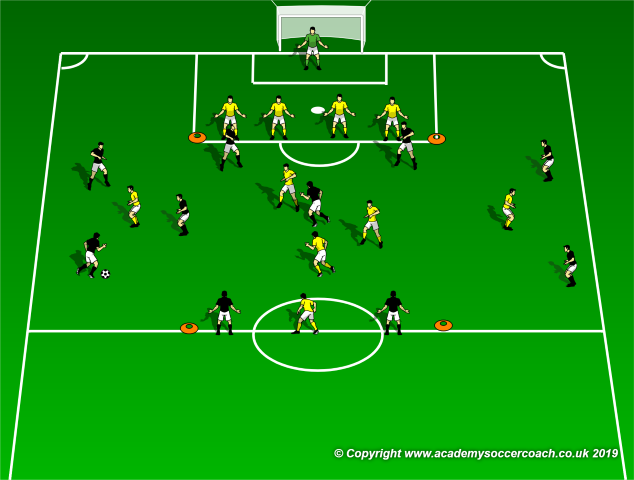 Coaching Points
The answer to “why did this happen…” should be “ because the defense did….” , Whether the execution is there or not, IF the thought process and purpose is right, the execution will follow. The coach should focus the attacking players on creating chances by moving the defending team laterally and making the field too big to defend instead of forcing things. Sometimes this will happen in 2 passes, sometimes in 20 but the concept is the same – focus on MAKING the other team move in a way which hurts them and helps you!