Welcome to the Goalkeeping Newsletter.  Today’s topic deals with developing good habits to deal with rebounds.

Coaches like to do a lot of pressure training which can be defined as a lot of activity in a short period of time.  An example of this would be a server with a line of balls and a keeper in goal. 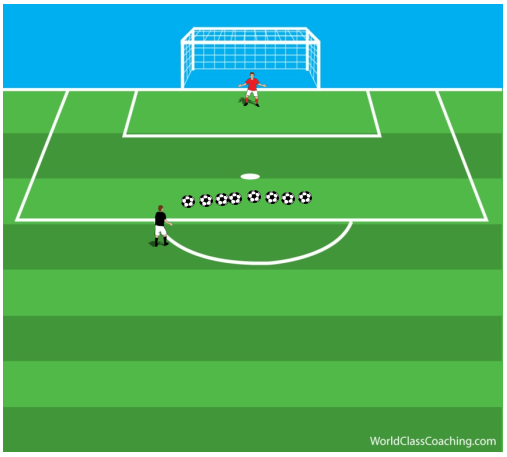 While there are good reasons for doing this type of activity (working on shot blocking, getting up quickly etc) the danger is there is a tendency to allow rebounds and then quickly get up for the next ball (instead of dealing with the rebound first).

In a real game it’s vital that a keeper be able to make a save, and if they can’t hold onto the ball, make the second and third saves as well.

To a large extent this comes down to developing the habit of always being ready for the second shot.  This means in any activity, if a rebound has been given, the keeper should not stop until that ball is safe (in his hands or out of play).  If this means not being ready for the next shot in an activity, as a coach, I find that acceptable.  It’s up to the coach to make sure the keeper knows saving the second shot is extremely important and takes priority over preparing for the next shooter.

I have posted a lot of activities working on saving the second shot but the key is the mindset of the keeper and the coach.

Dealing with the Second Phase Shots

Fitness in a Goalkeeping Environment