The aim of the following practices is to promote confidence, to teach younger goalkeepers how to have a good forward shape when diving and to enjoy making saves. 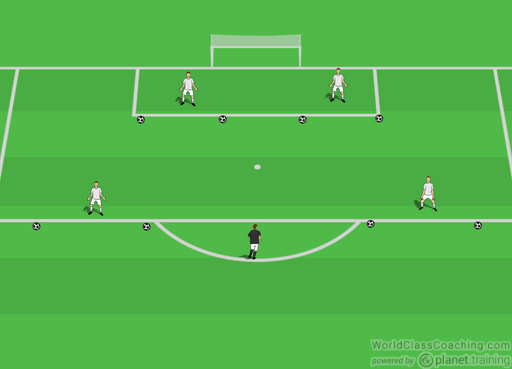 (Both footballs are slightly in front of the keeper, to enable the goalkeeper to promote a good forward shape, when making the diving save) 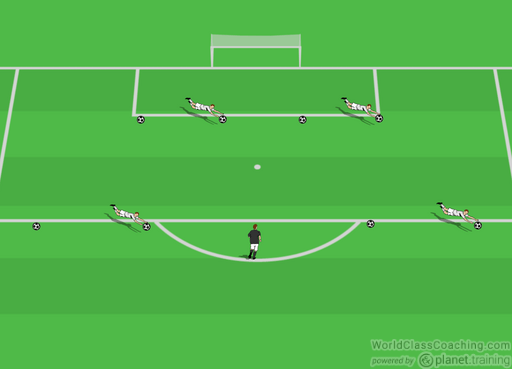 The Coach calls right or left, and on his command the goalkeeper dives quickly to his/her right or left side placing their hands correctly at the back of the ball to make a save. The keeper then returns quickly to the standing position to await the next command from the coach.

This exercise can be operated with any age of goalkeepers, but is primarily aimed at younger goalkeepers, and it is designed to improve the diving shape of the goalkeepers and to inspire confident handling of low shots. 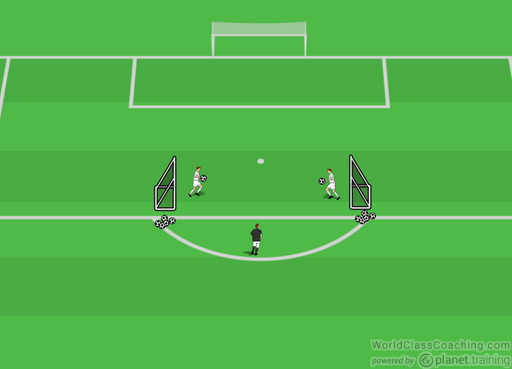 A game between two goalkeepers, with the size and distance between the goals dependant on the players age. Both goalkeepers start facing each other with a football in their hands. 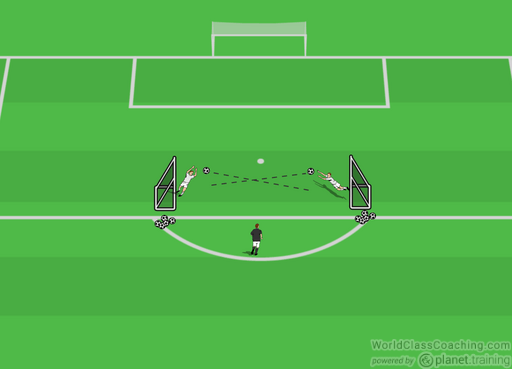 On the command of “GO” from the coach, both goalkeepers throw the ball towards their opponents goal. Each player is trying to score at the same time as making a reaction save from his/her opponent.