This exercise involves the combination of ball manipulation (ball mastery) and speed. The ability to manipulate the ball effectively is the core, which lays the foundation for all other skills. Taking into consideration the modern football, speed is an essential element which should be included in training at any level.

Organise 4 squares of 2x2 m. as shown on the diagram. There should be 2 players (number can be adapted) with one ball each in each square. Coaching position can be in the middle of the pitch enabling all the players to see demonstrations. Coach instructs the players to perform various ball manipulation skills (ex. roll over, shuffle stops, samba, inside-outside, V drag). On the coach’s signal players dribble/pass/run to the other box as shown in the second part of the article. 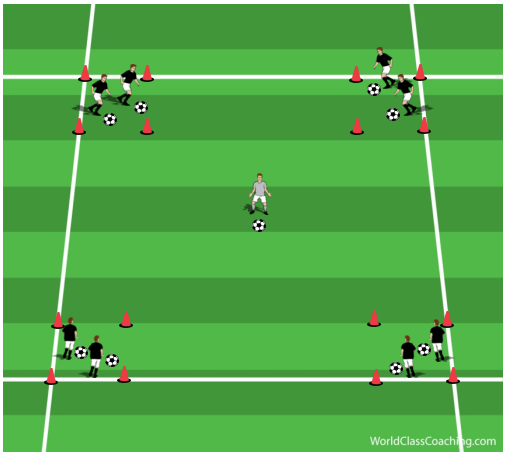 On the coach’s signal, every player runs with the ball to the next box (clockwise/anticlockwise) as fast as possible. Winner gets points. 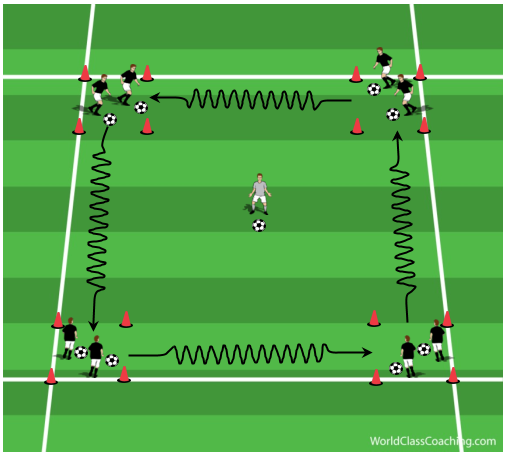 Other variation may include passing the ball to the next box. That can be used as a more active rest strategy in between maximal speed efforts. 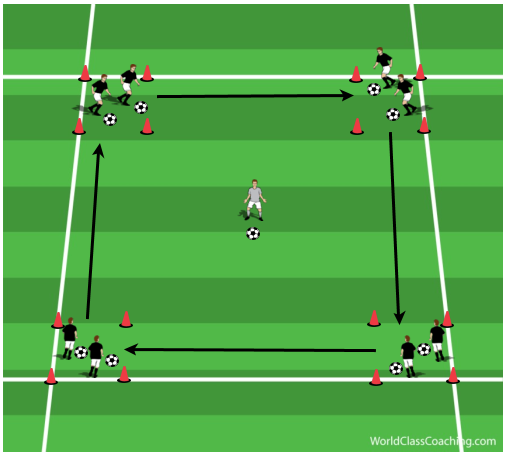 As a progression, passing and dribbling can be combined: one player from each pair passes the ball to the next square and follows it as fast as possible. 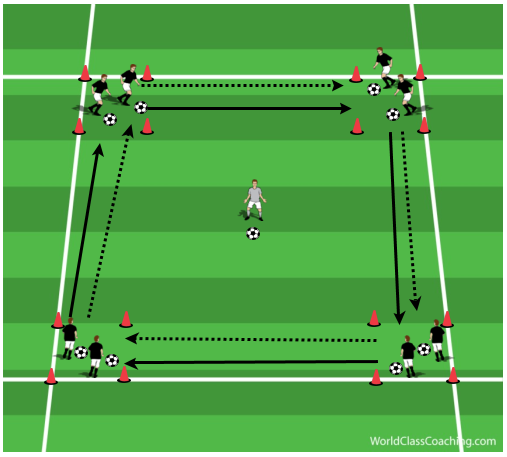 Single max. effort action (dribbling/running to the other squares) should be repeated 6-10 times in 2-4 series and last no longer than 4 seconds. In between that, the duration of ball manipulation exercises should be 10 seconds. Rest between series should last 4 minutes.