1v1 defending occurs numerous times throughout a match. This exercise teaches players to defend from different angles. Players gain experience defending when approaching from the front, side, and behind.

Set up: Four cones placed in a square at the top of the penalty area. 4 numbered defenders are placed at each cone. A line of attackers start 10 yards out. 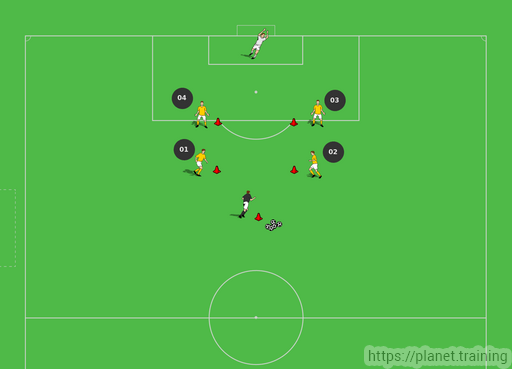 Execution: The attacker begins dribbling into the square, at some point the coach will call out a number and that defender will close down on the ball and attempt to block the shot as the players play 1v1 to goal. The coach can call the number at varied times in order to change the angle of approach from the defender. 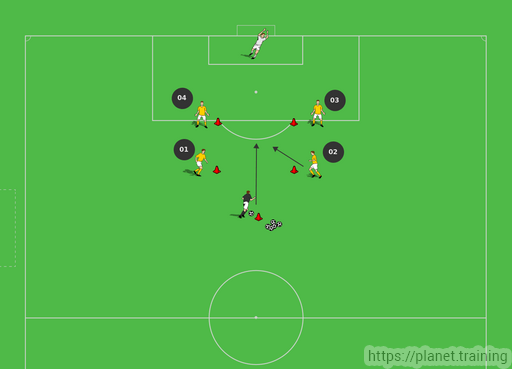 Coaching Points:
Defenders approaching from the front should close down at an angle; body position should be side on with knees bent.

Defenders approaching from behind or the side should look to create contact with a shoulder challenge to disrupt the dribbler. From here the defender can get between the dribbler and the ball to win possession or get in front to delay. 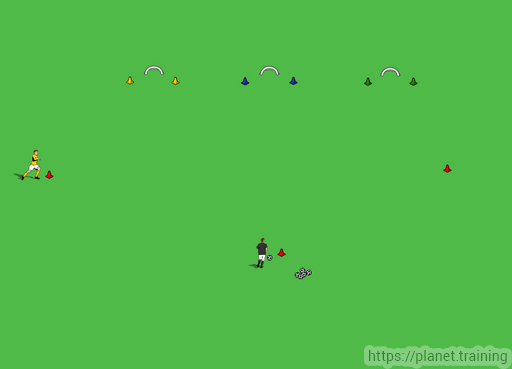 Setup and execution: 3 colored goals set up 20 yards away from line of attackers. A line of defenders starts on the side halfway between the goals and the attacker. The attacker will begin dribbling and at the same time the defender will come off the cone and close down. At some point the coach will call out a color which will indicate which goal the players will attack and defend. 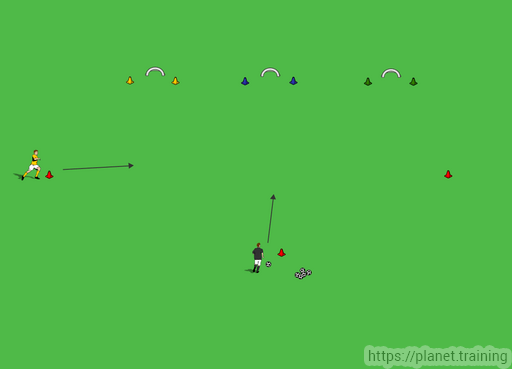 Defenders should first look to get in the ball line between the attacker and the goal. Once the ball line has been cut out the defender should begin to close down. This exercise can also be used to stress the importance of putting in the extra work to block shots.

Coaching Points
• Good defensive body position, side on, knees bent, balance on toes
• Using the shoulder when tackling from the side
• Getting in the ball line between the ball and the goal

Originally from San Antonio, Texas, George moved to northern California in 2014 to take over as the head soccer coach at Lassen College. In his brief time with the program George has won an undefeated conference title, coached four players of the year, and won three Coach of the Year Awards.